Uh no, Taft did not in fact get stuck in a bathtub 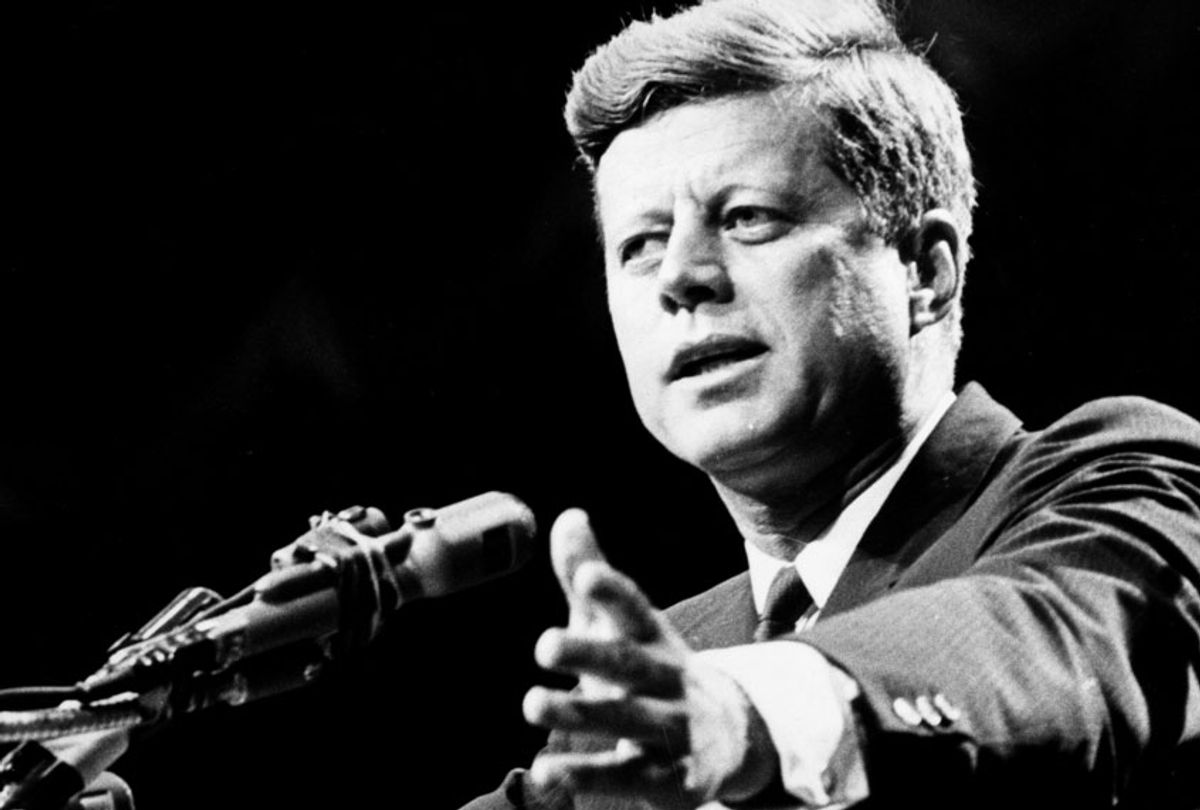 History classes haven't done a great job of ridding popular presidential myths from the American consciousness. Everything from our presidents' most famous speeches to their most embarrassing moments has inspired legendary stories that aren't supported by facts. Some falsehoods are the products of centuries-old misunderstandings, while others started as deliberate hoaxes. Here are some famous stories you may have heard about six U.S. presidents that aren't true.

According to this myth, William Henry Harrison's rambling inauguration speech led to his demise. The story goes that the ninth president caught a fatal case of pneumonia after delivering a record 8,445-word address at his swearing-in ceremony on a rainy day in March 1841. This resulted in the second superlative of his presidential career: the shortest stint in the White House, lasting just about one month before his untimely demise.

The truth is that the condition that killed him was more mysterious than most people realize. His own doctor, Thomas Miller, wrote: "The disease was not viewed as a case of pure pneumonia; but as this was the most palpable affection, the term pneumonia afforded a succinct and intelligible answer to the innumerable questions as to the nature of the attack."

His symptoms, which included severe constipation and abdominal distension, have since been linked to bad drinking water at the White House. In the 1840s, the building sourced its water from a spring that was downhill from a sewage dump, leading modern doctors to suspect Harrison succumbed to enteric fever (or typhoid fever), caused by the bacteria within.

George Washington did need dentures after losing all but one of his teeth by the time he assumed office in 1789, but contrary to the popular story, they weren't made of wood (in fact, wood was rarely used to make dentures at the time). Washington had several sets of false chompers during his life, which may have been crafted from such materials as ivory, horse teeth, brass, and silver alloy. There were even instances when real human teeth were used, possibly sourced from enslaved people at Mount Vernon. So where did this myth come from? After prolonged use, Washington's stained dentures may have eventually taken on a brownish color, resembling wood.

3. WILLIAM HOWARD TAFT DIDN'T GET STUCK IN A BATHTUB

William Howard Taft was the heaviest U.S. president in history, weighing in at 330 pounds at one point. This has inspired some unkind myths about his time at the White House, but there's no evidence behind the famous story that he once got stuck in a bathtub and needed six men to yank him free. We do know of at least one embarrassing bathing incident from the president's history that can be verified. In 1915, Taft was getting into his hotel's bath when he sloshed enough water onto the floor to cause a leak in the lower level. He later joked about the situation while looking out at the Atlantic Ocean, commenting, "I'll get a piece of that fenced in some day, and then I venture to say there won't be any overflow."

It's cited as one of the biggest presidential flubs in history: When John F. Kennedy said "Ich bin ein Berliner" (or "I am a Berliner") during a speech in front of the Wall in West Berlin on June 26, 1963, he was mistakingly calling himself a jelly donut in a foreign language, rather than expressing unity with the German citizens in attendance.

While it's true that berliner is a word for jelly doughnut, it wasn't the preferred term in Berlin and the surrounding area at the time. Even taking the word's double meaning into account, JFK still expressed what he meant to say in the correct way. Ich bin Berliner is how most Berlin natives would express the sentiment, but the president was actually showing off a complex understanding of German when he added the indefinite article. His version of the sentence using ein is more typical for recent transplants, or non-residents wishing to show solidarity with the city.

No one watching his speech that day would have misinterpreted the phrase, but that didn't stop The New York Times and other outlets from casting the line as a blunder years later.

5. ABRAHAM LINCOLN DIDN'T WRITE THE GETTYSBURG ADDRESS ON AN ENVELOPE

The Gettysburg Address is one of the most famous pieces of political writing in history, and the myth that Abraham Lincoln wrote it on the back of an envelope on the train to Pennsylvania makes it seem even more impressive. There's just no truth to it. The president first started drafting his speech in July of 1863, shortly after the Battle of Gettysburg, and went through several versions (on regular stationery) before his Nov. 19 address. He may have made some last-minute changes once he arrived at Gettysburg, but the majority of his work was completed before the journey. (The train would have been too bumpy to do much writing anyway.)

Though Theodore Roosevelt was known as the leader of the Bull Moose Party, he never actually rode a moose, despite that famous picture you've probably seen on social media over the years. That image of Teddy Roosevelt riding a moose across a river is actually a pre-Photoshop forgery made the old-fashioned way with glue and scissors. It was originally made as part of a political poster featuring all three of the presidential candidates in 1912 on top of an animal that best represented their party — Taft, the Republican, was edited to be riding an elephant and Democrat Woodrow Wilson was atop a donkey.'

In light of Roosevelt's real accomplishments, it's easy to see why this fantastical story was easy to believe. The president didn't tame a wild moose, but he did explore jungles, fill the White House with exotic pets, and deliver a speech after being shot in the chest.