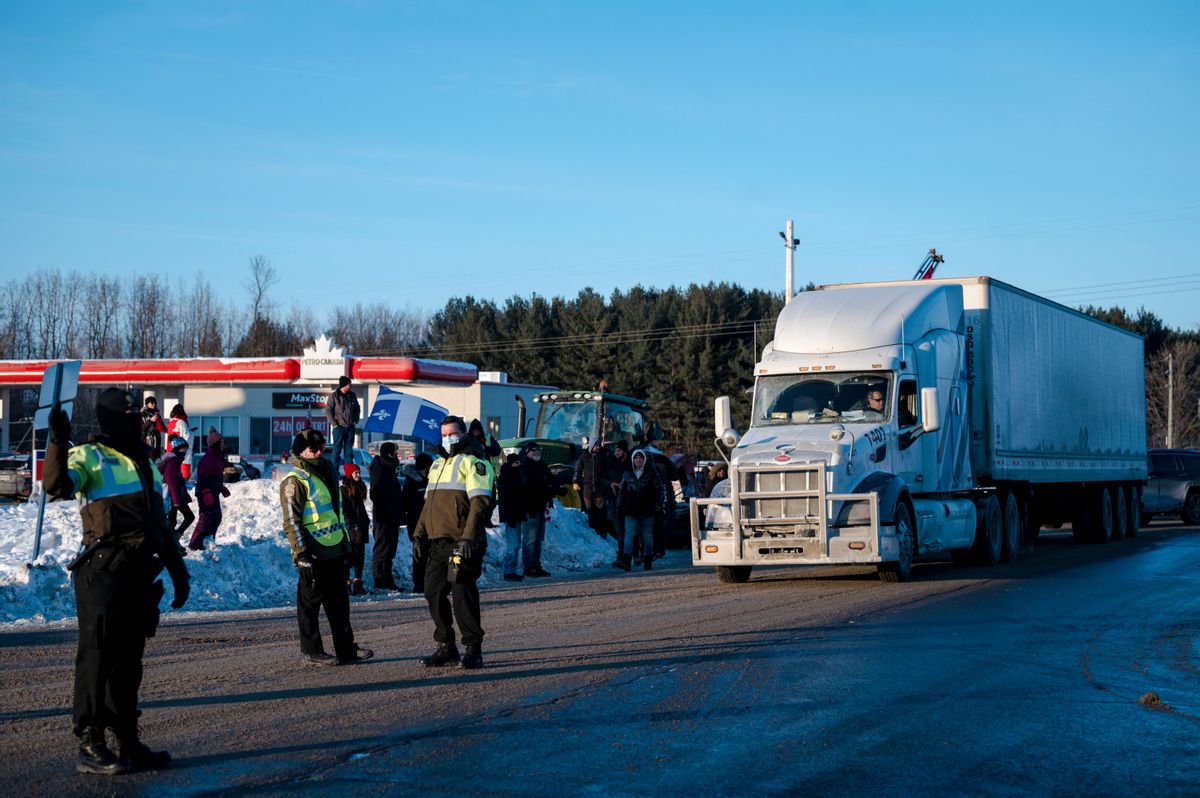 Police officers stop traffic as people gather along the Trans-Canadian highway to show support for the "Freedom Convoy," protesting against COVID-related mandates in Rigaud, Quebec, on Jan. 28. (Andrej Ivanov/AFP via Getty Images)
--

The "trucker convoy" holding at the Hagerstown Speedway outside of Washington, DC intends to approach the city as its leader demands Congress cave to his demands.

Lead organizer Brian Brase announced that he is close to obtaining a location near Washington, DC while urging his supporters to stay outside of the district.

"It's a trap," Brase warned of people entering Washington, DC.

His demands include ending vaccine mandates and congressional hearings on the origins of the virus.

He also asked his supporters to keep their hotel rooms in Hagerston, which is roughly 70 miles outside the district, through Sunday.

WUSA-TV on Saspoke to supporters of the trucker convoy: