"We took my Pop-Tart stand-up bit from my last Netflix special and exploded it into a giant, crazy comedy movie" 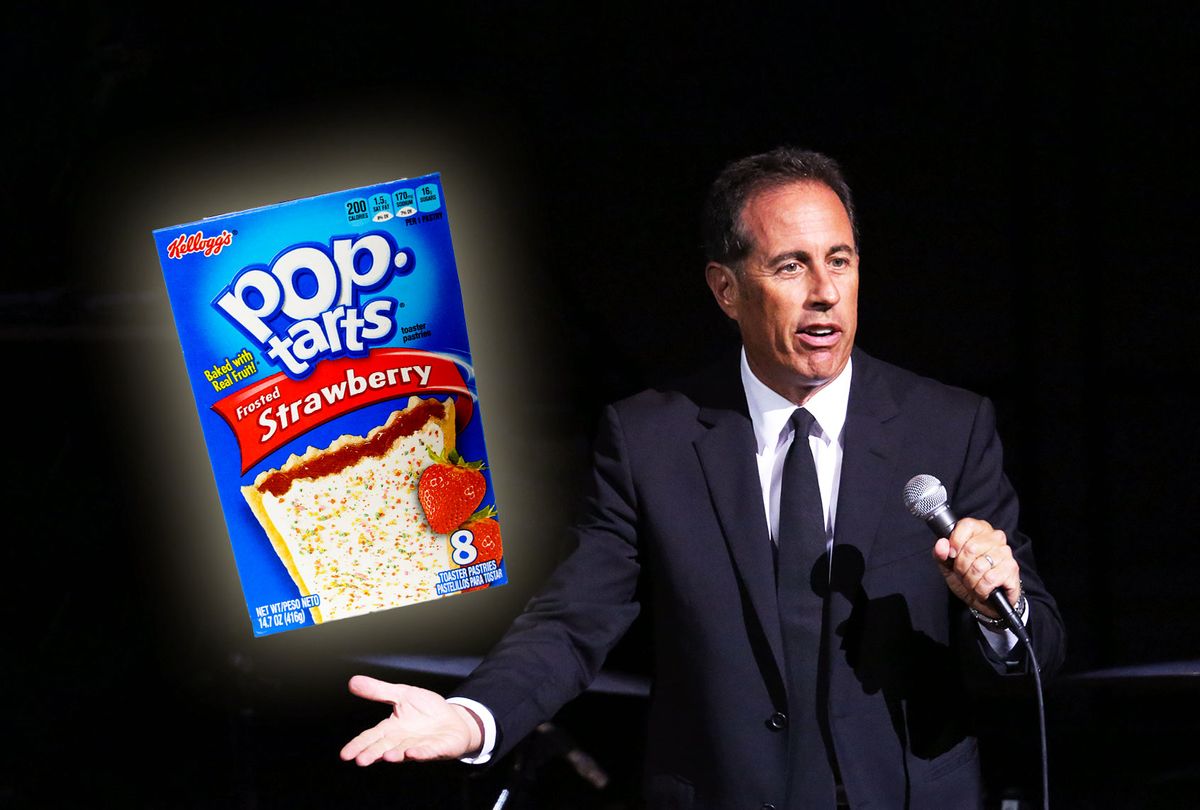 If the 2017 cinematic classic "The Emoji Movie" wasn't proof enough that Hollywood might be running low on ideas, Jerry Seinfeld is here to carry the torch onwards. The comedian, actor and TV-show host is directing, starring and co-writing "Unfrosted," a film that focuses on the origins of Pop-Tarts, the iconic American snack.

In a recurring stand-up bit, Seinfeld jokes about the brilliance of the frosted pastry, and his first encounter with it as a child. It seems that this one experience was enough to expand this sugary love affair into a feature-length picture.

When confirming the project to Deadline, Seinfeld said, "Stuck at home watching endless sad faces on TV, I thought this would be a good time to make something based on pure silliness."

He added: "So we took my Pop-Tart stand-up bit from my last Netflix special and exploded it into a giant, crazy comedy movie." He is joined in writing by Seinfeld alum Spike Feresten as well as comedian Barry Marder.

The endeavor however, is not particularly silly when it comes to the numbers involved. Deadline also reported that Netflix won distribution rights to the project following a bidding war, an unsurprising result when you see the amount of recent successful collaborations Seinfeld has undergone with the streaming giant. This includes "Comedians in Cars Getting Coffee", stand up special "23 Hours to Kill" and the exclusive streaming rights to his eponymous, classic sitcom.

Netflix was also recently granted a $60 million tax credit from the state of California to produce films within the Golden state. "Unfrosted" will take a cool $14.2 million from that, much to the creator's delight.

"We are so happy to get the California tax credit which enables us to make our whole movie there," said Seinfeld, as quoted in Variety.

As we carry on into 2022, creating art and media that represents the American people and shares untold stories is more important than ever. We can only hope that this important work does the Kellogg's toaster pastry justice in sharing its truth.