Robert Regan said that’s the advice he gave his three daughters. One of them begged voters to oppose her dad 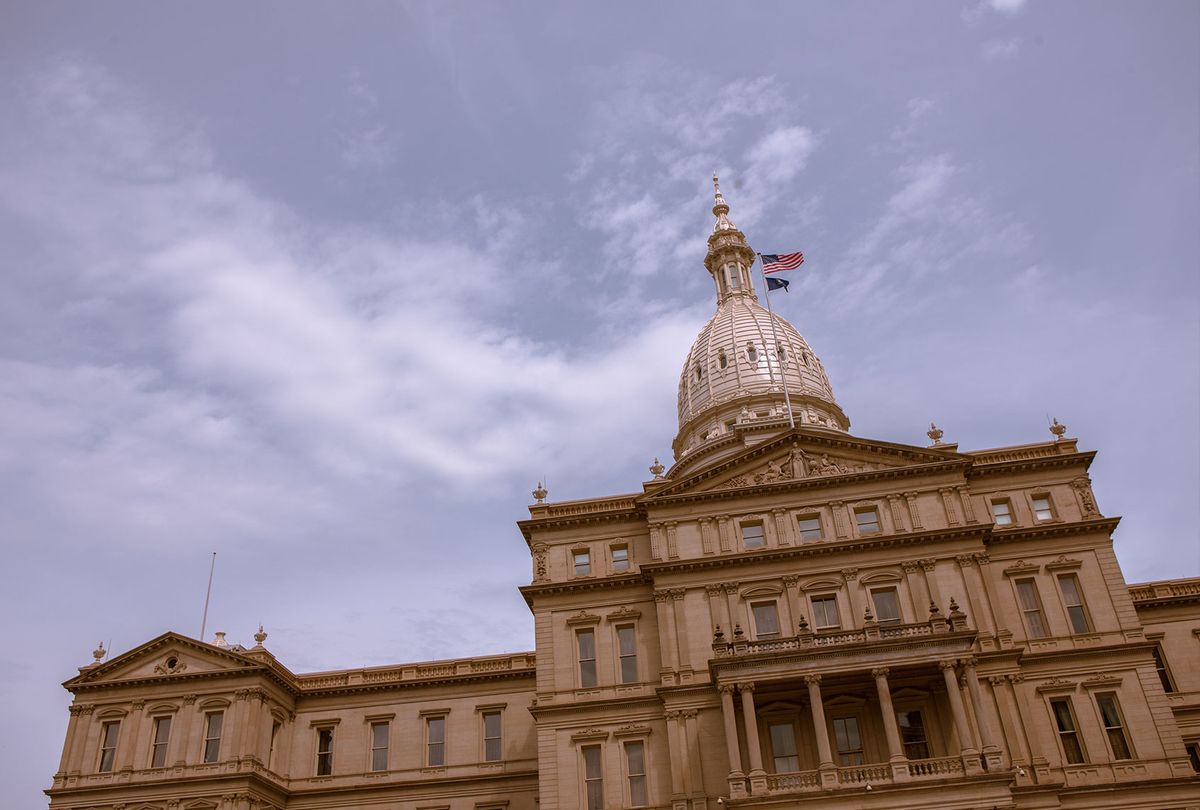 A Michigan Republican running for the state House was widely condemned this week for comments he made about rape during a Facebook livestream.

Robert "RJ" Regan, who last week won a special primary election in Michigan's 74th House district, went on a bizarre tangent during a livestream with the Michigan Rescue Coalition while discussing his calls to "decertify" the 2020 election over repeatedly debunked voter fraud conspiracy theories.

"Having three daughters, I tell my daughters, 'If rape is inevitable, you should just lie back and enjoy it,'" Regan said.

Host Adam de Angeli said the show was "streaming on YouTube" but added, "probably not for much longer after what Robert said."

"Maybe not the best analogy, but he was speaking extemporaneously," de Angeli said.

RELATED: Why aren't Republicans worried their fanatical culture war will hurt them in the midterms?

Regan told the outlet that the remark was "taken out of context." In a separate statement to Bridge Michigan, Regan said that his remark only meant that "nothing is inevitable."

"Sometimes, my words aren't as smooth and polished as the politicians are because I'm not a politician. I'm working on it," he said. "The only reason the (politically) left trolls attack you is because they know you're directly over the target, dropping direct hits on an issue. If you're not scoring hits, they leave you alone."

But even Republicans in the state condemned Regan's statement, as well as his previous remarks backing Russian President Vladimir Putin's invasion of Ukraine.

"RJ Regan's disgusting and dehumanizing comments on the horror of sexual assault along with his support of murderous dictator Vladimir Putin are despicable and completely disqualify him from holding public office," Tori Sachs, the executive director for the Michigan Freedom Fund, a conservative PAC backed by former Education Secretary Betsy DeVos, said in a statement to the Detroit News.

"I teach my four young daughters to stand up for themselves, to know their worth, and to fight back and speak out against creeps like Regan," Sachs said. "RJ Regan doesn't belong anywhere near the state Capitol, and that is why we endorsed and supported his opponent."

One of Regan's daughters has previously asked voters to oppose her father's election.

"If you're in Michigan and 18+ pls for the love of god do not vote for my dad for state rep. Tell everyone," Stephanie Regan tweeted in 2020 when her dad made an earlier House bid.

Regan told The Hill in 2020 that his daughter had been "sucked into this Marxist, communist ideology" in college and disagreed with him on the subject of racism.

"The only place where I really see systemic racism would be the abortion clinic, cause they seem to target the African American community," he said at the time. "I don't buy into this whole systemic racism thing at all."

Regan ultimately lost that race, but WXYZ reports that he is the "presumptive favorite" in his current race against Democrat Carol Glanville after winning his primary last week by just 81 votes.

"As a woman, human, and public servant, I am stunned that a person who wishes to hold public office would hold such beliefs," Glanville said in a statement. "I did not think I would need to clearly state on the campaign trail that rape is never inevitable, acceptable, or warranted and is the worst type of personal violation anyone could ever experience. In empathy and compassion, I stand with survivors everywhere while defending human rights."

Regan previously came under fire for his support of Putin and for spreading baseless conspiracy theories about Ukraine and major Democratic donor George Soros, a frequent target of antisemitic attacks.

"If evil George is supporting [Ukraine] then the opposite is the right thing to do," Regan tweeted last week. "Massive corruption, bio labs and money laundering is being taken out by Putin; WEF, Soros and Clintons are none to happy about it."

In another statement, he alleged that the invasion of Ukraine was a "fake war just like the fake pandemic."

In the past, Regan has shared conspiracy theories that Jewish people were behind the 9/11 attacks and that they control the banks and the media, according to Bridge Michigan. In another post, he called feminism a "Jewish program to degrade and subjugate white men."

"Robert Regan is unfit to represent so much as an insect," he told Bridge Michigan, "let alone an entire district in the people's House."