There are only two Senate Republicans backing the ERA. Both of them are women

Three male senators are now attempting to squash the ERA once and for all, arguing that it has passed its deadline 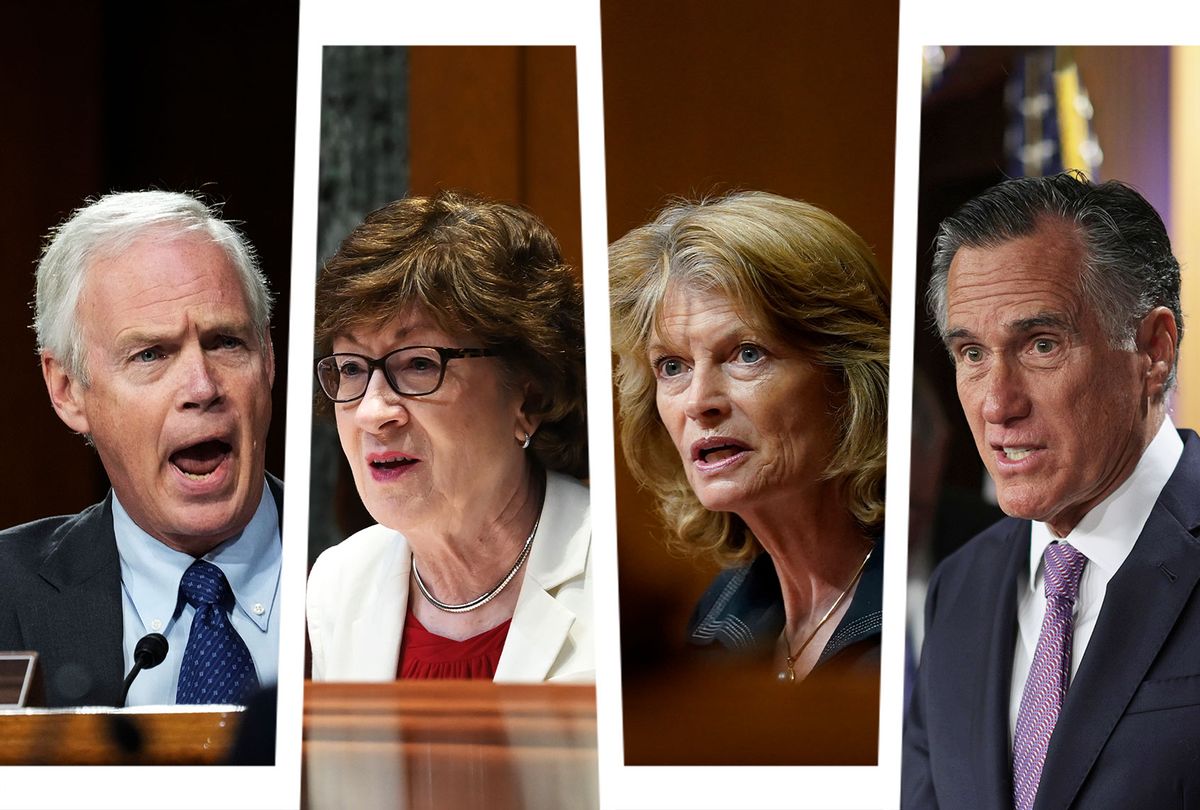 Back in March of last year, Sens. Susan Collins, R-Maine, and Lisa Murkowski, R-Alaska, broke ranks when they introduced a bill that would remove the deadline for the Equal Rights Amendment (ERA), a proposed Constitutional amendment that prohibits discrimination on the basis of sex. One year later, the bill has since then only been referred to the committee level as Republicans have aggressively pushed back against the amendment, working to ensure that the ERA will never be certified – on a technicality.

Recently, Sens. Rob Portman, R-Ohio, Ron Johnson, R-Wis., and Mitt Romney, R-Utah, penned a missive to U.S. Archivist David Ferriero, demanding that he commit to shutting the amendment down over a lack of state support.

RELATED: Phyllis Schlafly's dead, but the Equal Rights Amendment may come back to life

"In light of the calls for you to disregard your duty and certify the ERA, we write to ask for your commitment that you, and the acting Archivist who will take over in April, will not certify or publish the ERA, which failed to achieve ratification by the states and is no longer pending before them," the senators wrote.

The ERA, originally introduced in 1923, was passed back by Congress in 1972 but needed three-fourths of all U.S. states to ratify the amendment by 1979 in order for it to be enshrined into the Constitution. This deadline was eventually pushed to 1982, and by then, only 35 states had ratified the amendment, five of which had already rescinded their support of the rule. But over the past five years, states like Virginia, Illinois, and Nevada have ratified the amendment, which theoretically fulfills the amendment's criteria for state support.

Opponents have said that Virginia, Illinois, and Nevada's ratifications are invalid because they occurred well after the deadline originally set by Congress. To this point, Portman, Johnson, and Romney in their letter refer to a January 2020 memo in which the Department of Justice's Office of Legal Counsel claimed that the ERA could no longer be certified due to its supposed deadline being missed.

However, advocates of the amendment claim that states are not legally obliged to withdraw support of any amendments to begin with, and that the provision has not expired because its deadline was formally written into the ERA's text.

"It has been nearly 50 years since Congress passed the ERA with overwhelming support from both sides of the aisle," said Collins in a press release last year. "Maine ratified the Equal Rights Amendment in 1974, and now 38 states have done the same. The ERA will ensure that equality under the law will not be denied or abridged on account of a person's sex."

During a recent press conference, Rep. Caroline B. Maloney, D-N.Y., a supporter of the ERA, suggested that Ferriero "believes in the ERA" and should "just certify it."

According to The Washington Post, Ferriero has not expressed explicit support of the amendment. The archivist did, however, note that "a later rescission of a state's ratification is not accepted as valid," meaning that the ERA may have enough state support to be ratified, if its deadline is found unconstitutional. But in past rulings, the Post noted, courts have seemingly upheld the constitutionality of amendment deadlines, potentially casting doubt on whether Ferriero could now unilaterally write the ERA into Constitutional law.