Cruz's distortion of reality is remarkable 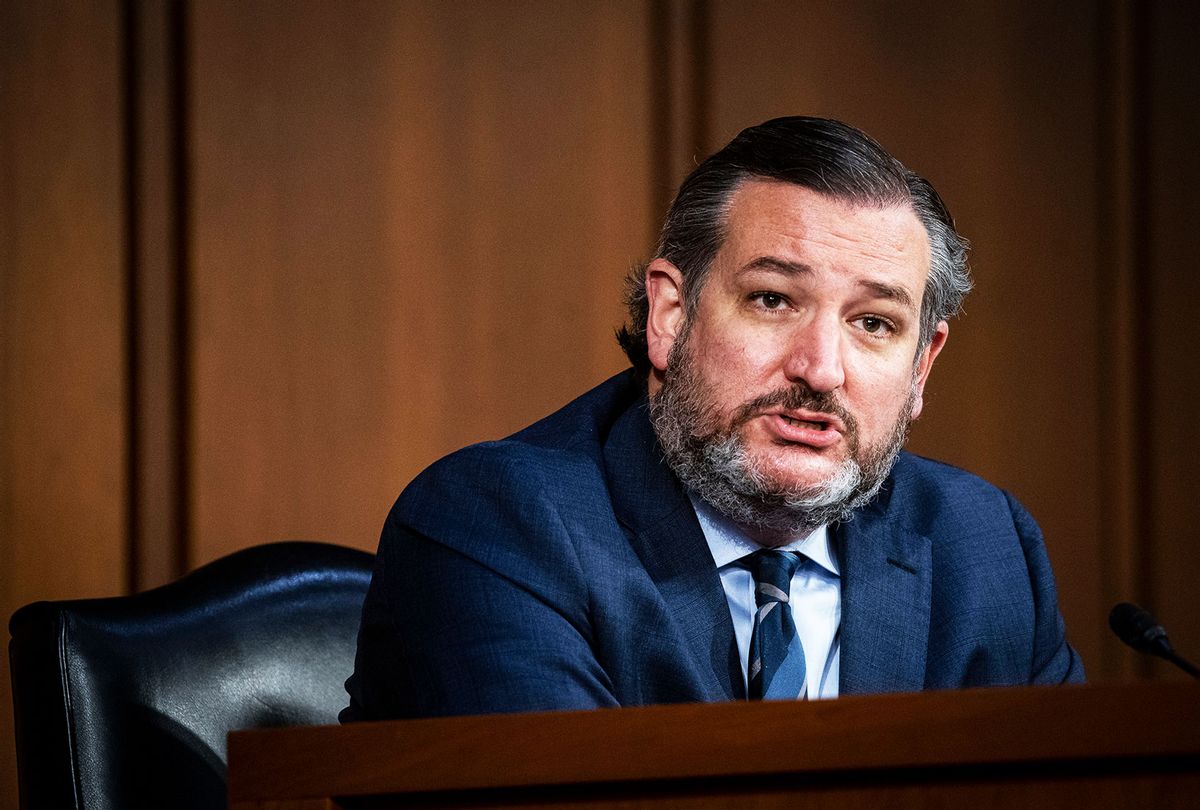 Sen. Ted Cruz (R-TX) speaks as Judge Merrick Garland testifies before a Senate Judiciary Committee hearing on his nomination to be US Attorney General on Capitol Hill in Washington, DC on February 22, 2021. (AL DRAGO/POOL/AFP via Getty Images)
--

United States Senator Ted Cruz (R-Texas/Cancun) claimed on Friday that President Joe Biden came into office with the objective of sabotaging American energy production. His remarks came as gas prices around the world soar amid the embargo on fossil fuels from Russia – which he endorsed and supported.

Cruz's distortion of reality is remarkable but totally on-brand. Russian President Vladimir Putin's invasion of Ukraine was the catalyst for the ban on Russian energy imports, however, the United States – a net exporter of energy – only brought in roughly three percent of its oil from Russia.

The true culprit of skyrocketing gas prices is the monopolistic grasp that fossil fuel corporations have on the global energy market. They continue to rake in billions of dollars in record profits while American consumers struggle to pay at the pump.

Biden has also championed investments in renewables (which would make the United States more energy independent and save the planet from climate catastrophe). But Cruz and his right-wing caucus – aided by conservative Democratic Senators Joe "Coal Baron" Manchin of West Viri and Kyrsten Sinema of Arizona – have railroaded Biden's policy initiatives. Why? Because they are bankrolled by the very companies that are benefiting from higher energy costs.