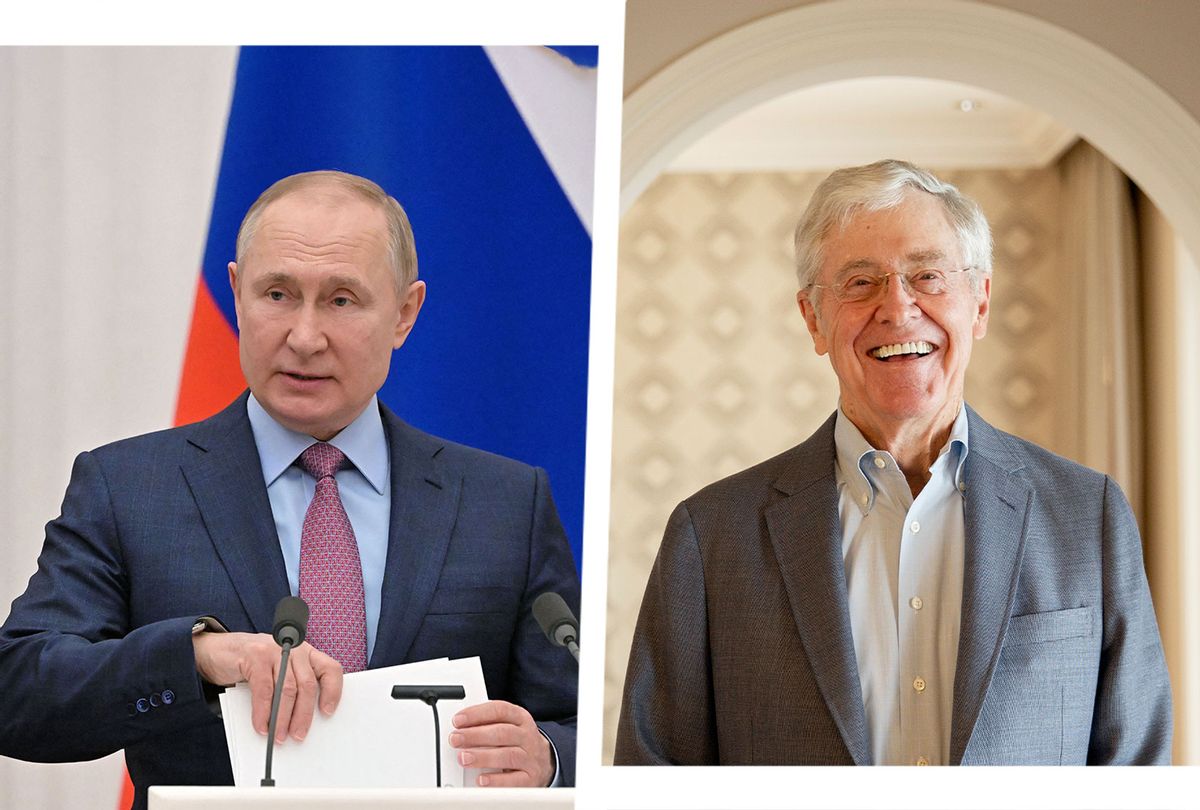 According to Popular Information, the conglomerate owns a number of Russia-based subsidiaries. Notable among them is Guardian Industries, an Auburn Hills, Michigan-based manufacturer of industrial glass and other products. The subsidiary reportedly runs two Russia-based facilities in Ryazan and Rostov.

Earlier this month, Guardian suggested that operations could not come to a halt despite the Russia incursion.

"Guardian Industries continues to closely monitor the tumultuous events in Eastern Europe, supporting our employees who are affected," a company spokesperson told USGlass Magazine. "The health and safety of our employees and all personnel working at our facilities is our first priority."

Electronic components manufacturer Molex, another Koch Industries subsidiary, offers its products through a "network of third-party distributors across Russia," as Popular Information reported.

Two letters released by Molex in February and March indicate that the company has no intention to suspend operations in Russia.

"Molex is monitoring the ongoing developments in Eastern Europe," the company wrote earlier this month. "We are assessing the potential impact to our supply chain and customers as part of our Business Continuity Protocol. While the situation remains fluid, we can provide the following updates."

Koch Industries also owns Koch Engineered Solutions, a subsidiary that "specialize[s] in process and pollution control equipment that help industrial facilities to operate responsibly." According to Popular Information, Koch Engineered Solutions runs a sales office out of Moscow. The company reportedly has a history of evading U.S. sanctions to support its bottom line.

Koch Engineered Solutions, for its part, has not commented on the Russian invasion, suggesting that operations will remain business-as-usual.

Over the past two weeks, Koch Industries has distinguished itself as one of the few major corporations to remain in Russia as the country's president, Vladimir Putin, continues to carry a full-scale military invasion of Ukraine. Nearly 400 companies – such as McDonald's, Starbucks, BP, Deloitte, Ford, GM, Hilton, and Netflix – have suspended their operations in or divested from the Russian economy.

Still, Koch Industries is not the only laggard. Companies like Halliburton, AbbVie, Bosch, Cargill, Subway, White & Case, Accor, and Amway have apparently refused to sever ties. Many of them have argued that breaking away from the country would be most punishing to Russian citizens, especially amid crippling U.S. sanctions.

Mary Lovely, a senior fellow at the Peterson Institute for International Economics in Washington, told the U.S. News that Corporate America's withdrawal is ultimately "a business calculation."

"On the stay side: How much revenue do they earn in Russia? Do they provide an essential service?" Lovely explained. "Each day that passes, though, calculations change. Sanctions against Russia are likely to last a long time, along with rising revulsion."