Salon investigates: The war on public schools is being fought from Hillsdale College

In a 3-part investigation, Salon shows how this tiny Christian college is leading the right-wing fight on education 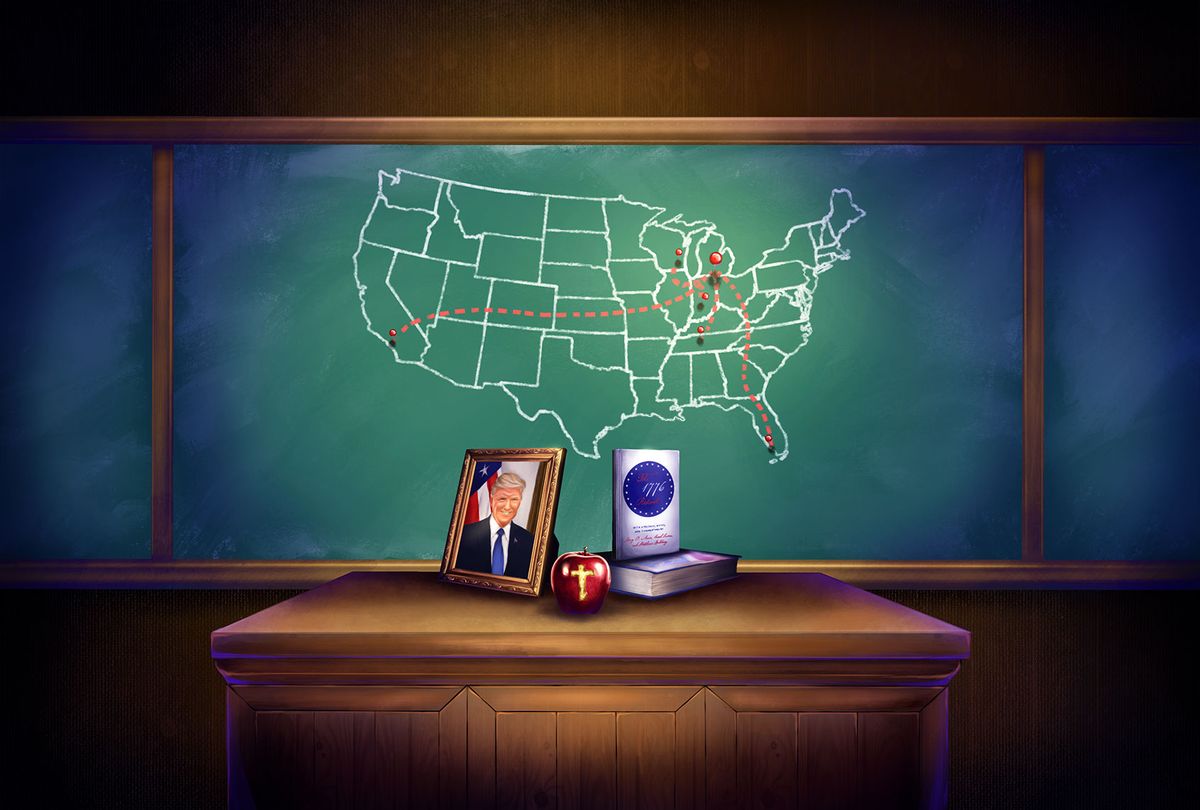 A Chalkboard with a map of the continental USA, with pins leading toward Hillsdale associated schools, and a desk with a portrait of Donald Trump, a copy of The 1766 Report, and an apple with a cross carved into it. (Illustration by Ilana Lidagoster/Salon)
--

"Teaching is our trade; also, I confess, it's our weapon." Those are the words of Larry Arnn, president of Hillsdale College, a small private Christian college in Michigan that, in recent years, has quietly become a driving force in nearly all of the country's ongoing fights around education. During the Trump years, the college functioned as a "feeder school" sending alumni into the administration and the offices of its allies on Capitol Hill. Hillsdale officials led Trump's controversial 1776 Commission, established to create a "patriotic education" alternative to contemporary scholarship on America's racial history. The school's lecture series and magazine serve as a testing ground for the right's most ambitious and outlandish ideas: that diversity isn't a strength but a "solvent" that destroys national unity; that Vladimir Putin is a populist hero; that Republicans should aspire to lure so many children out of public schools that the entire system might collapse.

To that end, the college has inconspicuously been building a network of "classical education" charter schools, which use public tax dollars to teach that systemic racism was effectively vanquished in the 1960s, that America was founded on "Judeo-Christian" principles and that progressivism is fundamentally anti-American. In late January, the governor of Tennessee announced plans to partner with Hillsdale to launch as many as 50 such schools in that state — something public education advocates fear could be a tipping point in the fight to save public education.

In this three-part investigative series, Salon looks at Hillsdale's multifaceted and far-reaching role in shaping and disseminating the ideas and strategies that power the right. In an era of book bans, crusades against teaching about racism, and ever-widening proposals to punish teachers and librarians, Hillsdale is not just a central player, but a ready-made solution for conservatives who seek to reclaim an educational system they believe was ceded decades ago to liberal interests. Taken together, these linked trends — and the deep-rooted conservative network supporting them — amount to a vision of things to come if Republicans succeed in what they describe as a "war" that "will be won in education." 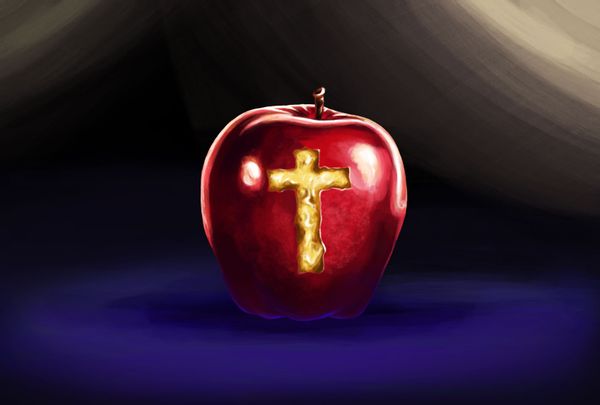 In the full-scale conservative assault on public education, Hillsdale College is leading the charge. Read the story 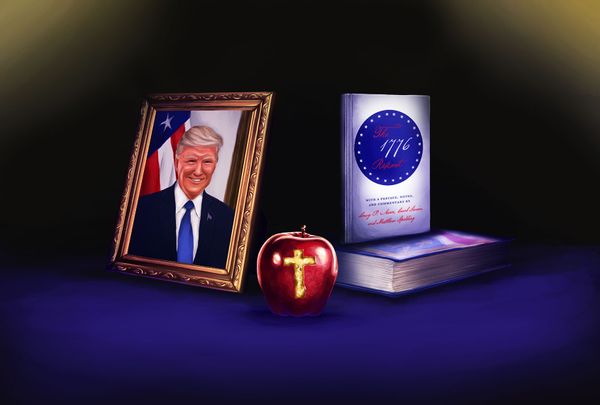 A portrait of Donald Trump, a copy of The 1776 Report, and an apple with a cross carved into it. (Illustration by Ilana Lidagoster/Salon)

Part 2
Coming to a school near you: Stealth religion and a Trumped-up version of American history 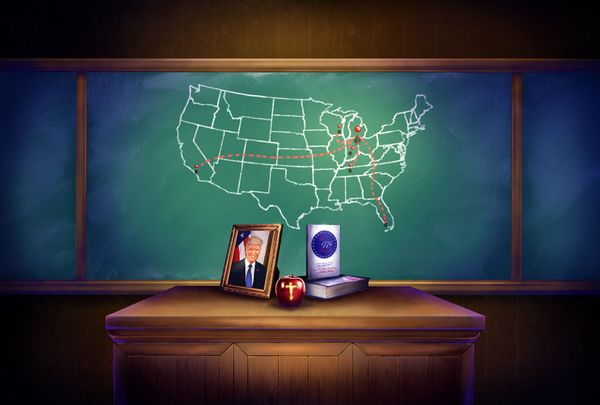 A Chalkboard with a map of the continental USA, with pins leading toward Hillsdale associated schools, and a desk with a portrait of Donald Trump, a copy of The 1766 Report, and an apple with a cross carved into it. (Illustration by Ilana Lidagoster/Salon)

Hillsdale College's "classical" charter schools are spreading fast — but the true goal is much bigger. Read the story