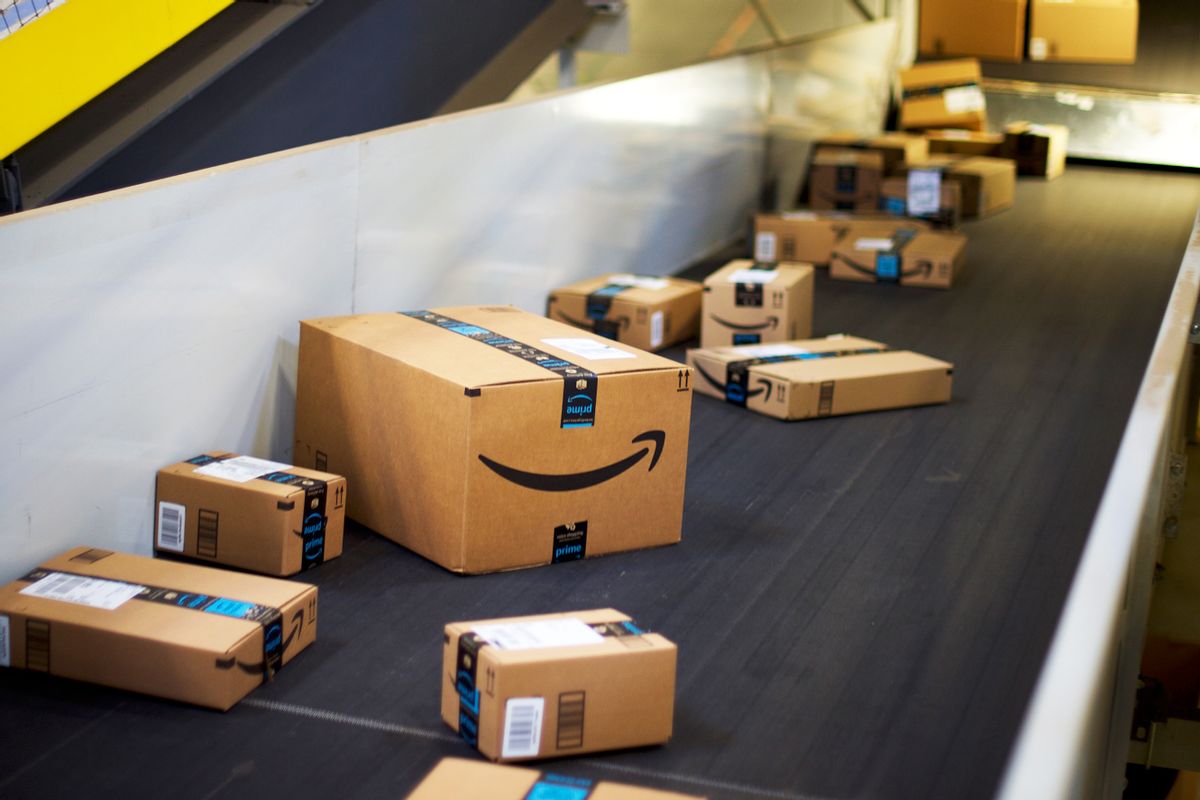 About 60 Amazon warehouse workers staged a walkout on Wednesday in protest of low pay and unfair working conditions, demanding a $3 raise and 20-minute work breaks.

Ellie Pfeffer, one of the demonstration organizers, told the affiliate that five people in her nine-member crew all walked out together. Pfeffer is part of a group called Amazonians United, a network of Amazon warehouse and delivery workers across the country who are fighting to improve the company's working conditions.

According to the group, Amazon's "management has attempted to illegally intimidate and remove participants in collective actions from their warehouses" instead of "responding in good faith in the months since raising the issue."

Last December, after a devastating hurricane tore through an Edwardsville, Illinois warehouse that left six Amazon workers dead, employees across the East Coast signed a petition with seven specific demands to improve worker welfare. And the petition appears to have seen some success.

One worker told The American Prospect that Amazon "is playing a game of conceding to some things, but won't explain why."

Another said that management told them the company's concessions "had nothing to do with your petition. We had been considering these things for months."

Amazon's starting pay is $15 per hour for warehouse workers. But according to Pfeffer, she and her colleagues are only getting paid 75 cents more than that. During the pandemic Amazon reportedly offered two 20-minute breaks for workers, but reduced those breaks 15-minute increments.

"We work really long days, and we work at night," she told the NBC affiliate. "Our breaks are really the one time we get to sit down and stretch our legs. Those five minutes don't really matter to Amazon at all. But they matter a lot for our muscles and our sanity."

Asked about the walkout, an Amazon spokesperson told the Prospect: "We're proud to offer industry leading pay, competitive benefits, and the opportunity for all to grow within the company. While there are many established ways of ensuring we hear the opinions of our employees inside our business, we also respect the right for some to make their opinions known externally."

Last April, Amazon managed to stamp out an unprecedented, two-month-long union drive led by warehouse employees in Bessemer, Alabama. The company was widely criticized at the time for employing an array of union-busting tactics, many of which were seen as highly coercive.

Still, the workers' movement hasn't lost all of its steam. This month, thousands of Amazon workers in Staten Island, New York are set to cast an official union vote some time between March 25 and March 30. Warehouse workers in Bessemer are also planning a vote by mail around the same time.