Many African countries remember the Soviet Union as an ally — and the U.S. as a backer of thugs and tyrants 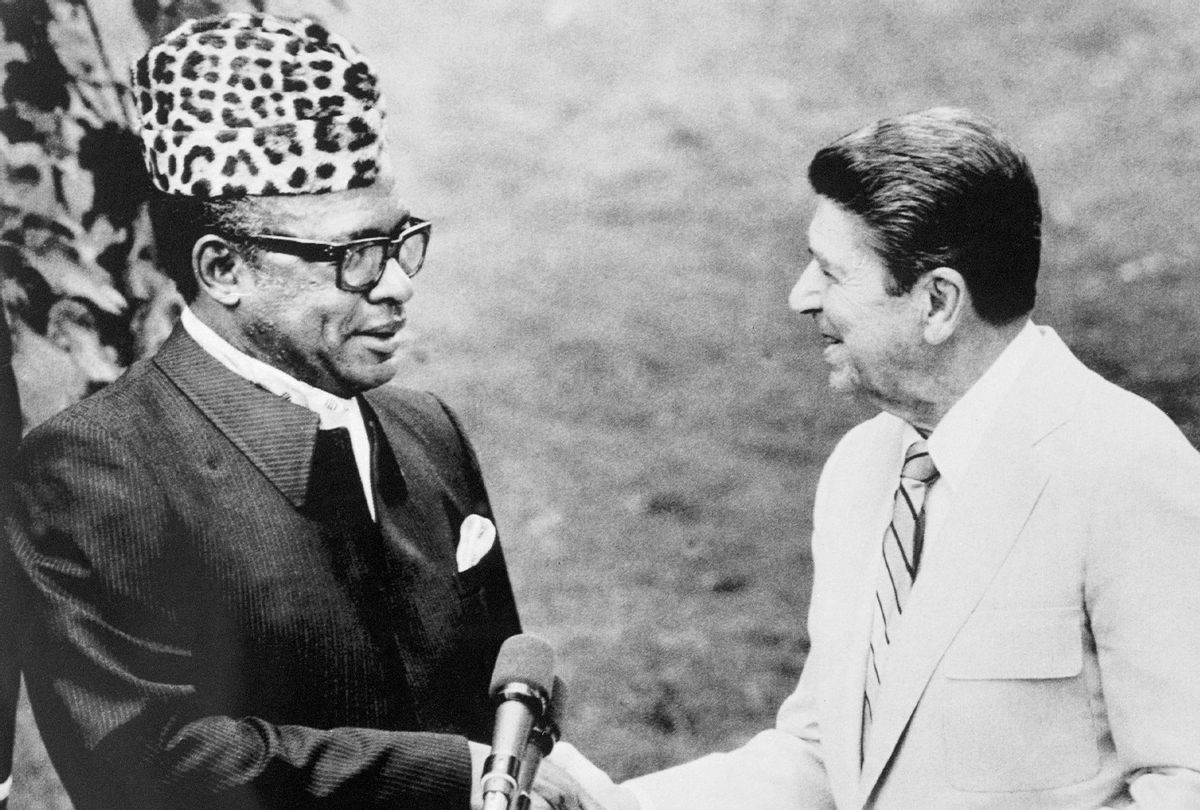 Last week, during a State Department webinar with African journalists to discuss the Russian invasion of Ukraine, Assistant Secretary for African Affairs Molly Phee assured the group that "African voices matter in the international community, that your voices matter in the global conversation." But most of the journalists' questions were not sympathetic, and one journalist from Madagascar declared, "This is not our war."

A week earlier, at the UN General Assembly, where the African nations wield significant influence with 54 countries (28 percent of all votes), they were almost equally divided on the vote to condemn the Russian invasion. While 28 African nations voted for the resolution and only one (Eritrea) voted against, 17 others abstained and eight were absent.

Among those absent was powerful South Africa, and among those who abstained from the vote was South Sudan, a country that was essentially created by the U.S. in 2011 after seceding from Sudan, which was ruled by Islamists at that time.

During the webinar with the African journalists, understandably enough, there were many questions about reports of racist treatment of Black people who were in Ukraine when the invasion started. Many were reportedly prevented from taking trains or other public transportation to leave Kyiv and other major cities.

When Phee was asked by a journalist from South Africa about why the Biden administration had not "publicly condemned racism against Africans in Ukraine and Poland," she avoided a direct answer. "I want you to know that we're proud of Ukraine," she said. "The foreign minister has made clear that all individuals caught up in the chaos of this war must receive equal treatment."

Phee also avoided this question, asked by a journalist from Botswana: "Why should African countries support the position of the U.S. to condemn Russia's invasion of Ukraine when the U.S. supports the aggression in Israel against Palestinians?"

Another journalist wondered about the U.S. position on "censoring social media and the complete wipeout of the other party," a likely reference to the shutdown of RT America and other Russian-owned media outlets. "Free speech and free press is the cornerstone of not only democracy, but a tool that can create a counterculture or counternarrative," that reporter observed. Phee mentioned the Russian interference in the U.S. 2016 presidential elections and added, "I think it's very clear that Russian behaviors in this space do not promote freedom of speech, and so it's appropriate for us to respond."

Here are a few noteworthy background factors that influence current relations between the U.S. and the African countries:

First, almost all the present-day African nations obtained their independence during the second half of the 20th century; before that, the U.S. dealt directly with only Liberia, which had been colonized by freed African-American slaves, and Ethiopia, which had remained historically independent. Even Egypt was functionally controlled by the British Empire until 1952.

During that period, the Soviet Union invested heavily in African "wars of liberation" against Western colonial powers, supplying arms, military training and other forms of aid and support. After the African nations gained independence, they were soon asked by the Americans to choose between them or the Russians.

Secretary of State John Foster Dulles declared in 1956 that the neutrality most of those newly-born African countries aspired to, in hopes of staying out of the superpower competition, "has increasingly become an obsolete conception … it is an immoral and shortsighted conception."

In that same year, Dulles' withdrawal from a tentative agreement with Egypt to help fund what would become the Aswan Dam on the Nile River led Egypt to seek and obtain aid from the Soviets.

In sub-Saharan Africa, when Sekou Touré, a devout Muslim and a socialist, became president of newly-independent Guinea in 1958 and sought economic help from the U.S., he was rejected. He too was obliged to turn to Moscow.

More than 60 years later, faced with the UN resolution to condemn Russia, Guinea chose not to vote at all, while Algeria, Mali, Tanzania, Mozambique and Angola abstained. All those countries sided with the Soviet Union during the Cold War, largely because the Soviets and their Cuban allies had supported their "wars of liberation" against Western colonialism.

To this day, many African countries and organizations annually mourn the 1960 assassination of Patrice Lumumba, a pan-African nationalist supported by the Soviets who became the first prime minister of the Democratic Republic of the Congo. In 1982, Madeleine Kalb's book "The Congo Cables: The Cold War in Africa – From Eisenhower to Kennedy" detailed the role of the CIA in Lumumba's assassination.

CIA chemist Sidney Gottlieb devised a poison resembling toothpaste, and took it to the Congo to place it on Lumumba's toothbrush. The plot was abandoned because CIA station chief Larry Devlin thought of a better way to get rid of Lumumba. He planned Lumumba's capture and helped carry it out, before handing him over to his Congolese enemies in the southern state of Katanga, where Lumumba was executed by firing squad. A CIA officer is said to have met the killers the night before, and later helped carry Lumumba's body to an undisclosed location so it would not be recognized by his supporters.

In Thomas Tieku's 2019 book "United States-Africa Relations in the Age of Obama," readers were reminded that during the Cold War years, "Whether an African leader was on our side was all that mattered, explaining continued U.S. support for the likes of Mobutu Sese Seko (Congo) Samuel Doe (Liberia), Daniel Arap Moi (Kenya), etc., even when it was palpably obvious that such autocrats were little more than criminals."

During Ronald Reagan's presidency, the U.S. refused to pressure the white minority government of South Africa to end its apartheid policies. For decades, the U.S. had maintained strong ties with that overtly racist regime, and had many times blocked UN sanctions against South Africa. Reagan's policy of "constructive engagement" was largely an excuse for ignoring or deflecting the growing international pressure against apartheid.

In 1984, South African Archbishop Desmond Tutu, after he was awarded the Nobel Peace Prize, came to the United States and denounced Reagan's policy as inherently immoral, telling a subcommittee in Congress: "Apartheid is an evil, as immoral and un-Christian, in my view, as Nazism."

During last week's webinar with Assistant Secretary Phee, a journalist from South Africa asked whether the U.S. intended to punish South Africa for its abstention from the General Assembly vote to condemn Russia. She replied, "We are not going to parse the individual votes."

As South Africans debated their government's decision not to take sides on this global question, the Nelson Mandela Foundation called for a "cessation of hostilities," without specifically condemning the Russians.

The foundation's statement referred to an "angry" 2003 speech by Mandela himself, opposing the U.S. invasion of Iraq that year. The statement pointedly asked, "Indeed, at what point is a country justified in invading another?"

Read more on the global response to the Ukraine conflict: