Thomas' texts called for 2020 presidential election results to be overturned 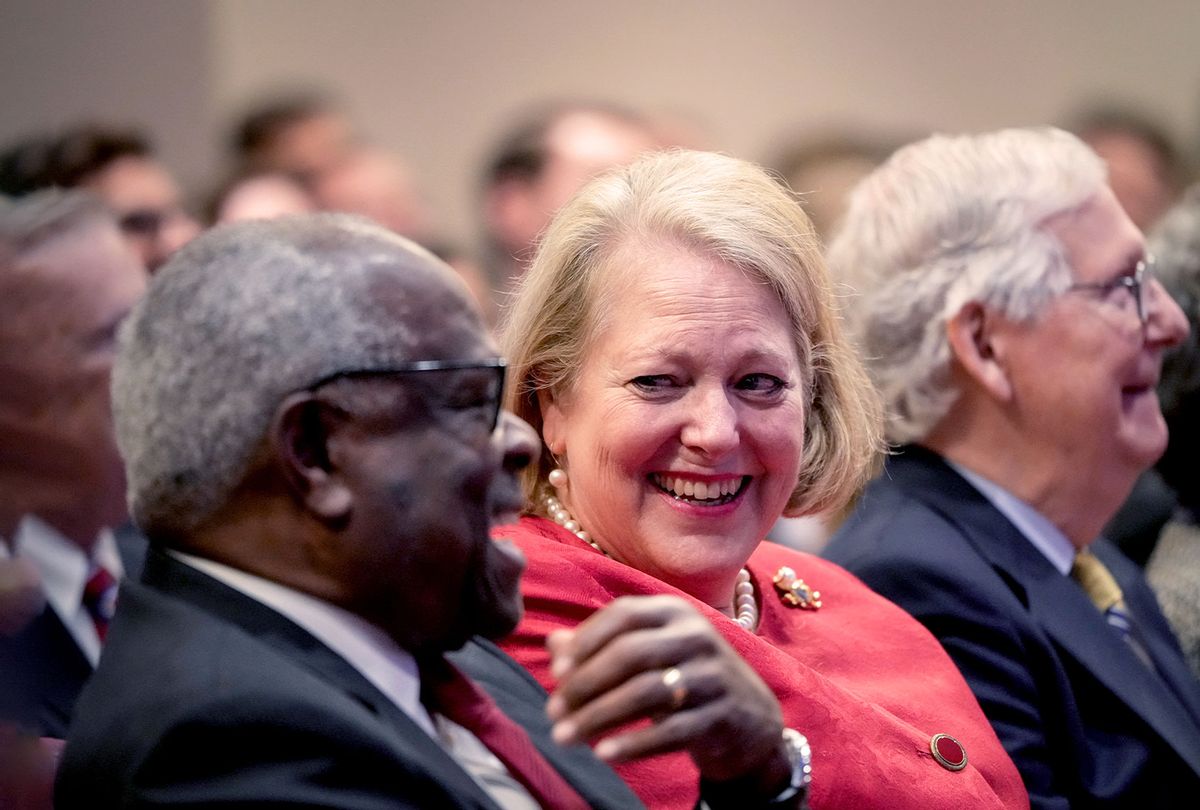 On Thursday, March 24, journalists Bob Woodward and Robert Costa reported that the Washington Post and CBS News had obtained copies of text messages from November 2020 in which far-right GOP activist Ginni Thomas — the wife of U.S. Supreme Court Justice Clarence Thomas — promoted the Big Lie and repeatedly urged then-White House Chief of Staff Mark Meadows to pursue efforts to overturn the 2020 presidential election results. Never Trump conservative Amanda Carpenter, in an article published by The Bulwark on March 25, lays out some reasons why the Thomas/Meadow texts are so disturbing.

"The breaking news is not that the long-time conservative activist Ginni Thomas, who is married to U.S. Supreme Court Justice Clarence Thomas, appears to be an unhinged 2020 election conspiracy nut," Carpenter explains. "It's that after the election, Mrs. Thomas had specific communications with White House officials about legal matters that get to the very heart of the events of January 6, 2021. And her husband, without any explanation or disclosure, made a ruling to shield those kinds of communications."

According to Woodward — who is famous for his reporting on Watergate with Washington Post colleague Carl Bernstein during the 1970s — and Costa, "The messages, 29 in all, reveal an extraordinary pipeline between Virginia Thomas, who goes by Ginni, and President Donald Trump's top aide during a period when Trump and his allies were vowing to go to the Supreme Court in an effort to negate the election results."

Woodward and Costa reported that 21 of those November 2020 texts were sent by Ginni Thomas to Meadows, while eight were sent by Meadows to Thomas — who wanted far-right conspiracy theorist and Trump attorney Sidney Powell to become "the lead and the face" of Trump's legal team. Powell has been sued by Dominion Voting Systems for making the false, totally debunked claim that its equipment was used to switch votes from Trump to now-President Joe Biden in the 2020 election.

Carpenter explains, "That would be Sidney 'Release the Kraken' Powell. At one point in late December 2020, Trump reportedly considered appointing Powell as special counsel to preside over a sham investigation of seized voting machines. These were the kinds of post-election challenges that led to Attorney General William Barr's resignation and to a massive internal showdown inside the Department of Justice. They were major legal events. And Ginni Thomas was lobbying the president's chief of staff to pursue an extremely dubious specific course of action that almost certainly would have ended up being argued before the Supreme Court."

Carpenter goes on to pose the question: "Does this represent a conflict of interest for Justice Thomas that would have warranted his recusal from any January 6th-related case?"

The "core question" that needs to be asked about Ginni Thomas and Justice Clarence Thomas at this point, according to Carpenter, is: "What knowledge did Justice Thomas have about his wife's activities related to January 6th, particularly related to legal challenges to the election that were extremely likely to come before the Supreme Court?"

"At the end of the day," Carpenter writes, "these questions aren't just about the Thomases. They're also about the Supreme Court as an institution — its integrity and the public perception of its integrity. And anyone who cares about protecting the Court's credibility should be interested in finding out the answers."