Rich countries are getting the new COVID vaccine first

"There are still a lot of unvaccinated people in poor countries and, once again, they are at the back of the line," said one expert. 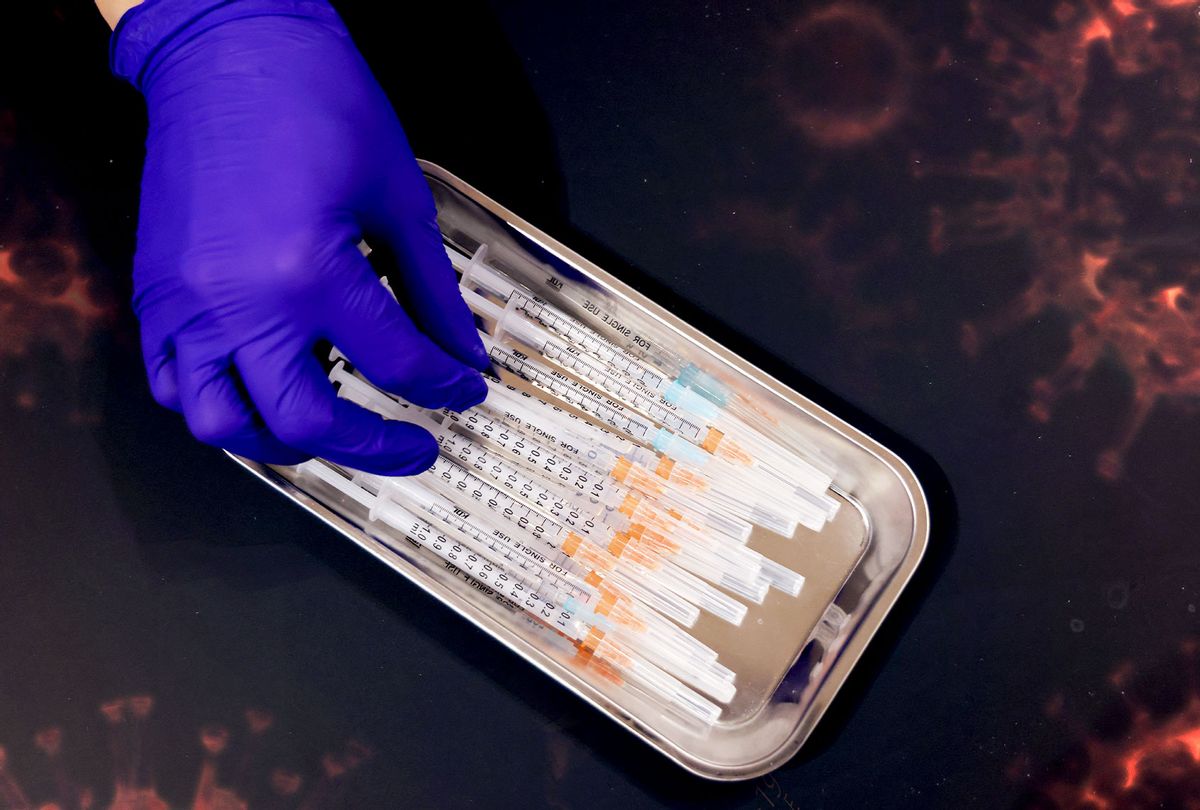 A medical assistant prepares syringes with the Pfizer/BioNTech vaccine against Covid-19 at the Humboldt Forum museum during the Omicron wave of the coronavirus pandemic on January 18, 2022 in Berlin, Germany. (Sean Gallup/Getty Images)
--

A coronavirus vaccine hailed as a potential solution to unequal access in poor countries is actually making the crisis worse as its U.S.-based manufacturer sends millions of doses to rich countries first, angering public health campaigners who say vaccine shortages in the developing world are prolonging the deadly pandemic.

The Associated Press reported Thursday that Novavax, Inc.—a biotechnology company headquartered in Gaithersburg, Maryland—has "sent tens of millions of doses" of its two-dose coronavirus vaccine to wealthy nations such as Australia and the Netherlands "but provided none yet to the U.N.-backed effort to supply poorer countries."

"COVAX had planned to make available 250 million doses from Novavax by March, but the U.N. agency in charge of deliveries says the first shipments now likely won't be made until April or May," AP noted. "It wasn't supposed to be this way. CEPI, one of the organizations leading COVAX, gave Novavax $388 million to fast-track the vaccine's development, aimed at making the shot available in poorer countries as the pandemic was exploding two years ago."

"Countries including Zimbabwe, the Central African Republic, and Kiribati were among those in line to be offered Novavax doses by March from COVAX," AP added.

The protein-based shot was seen as a potentially significant tool in the fight against persistent vaccine inequity after it gained emergency approval late last year from the World Health Organization (WHO), the European Commission, and regulators in a number of developing countries.

Unlike mRNA vaccines, protein-based jabs are relatively easy to store and transport, making them better candidates for low-income nations with less storage infrastructure.

"This new vaccine is part of the COVAX portfolio, and we hope that it will play an important role in achieving our global vaccination targets," WHO Director-General Tedros Adhanom Ghebreyesus said of the Novavax shot in December.

But the U.S. biotech company—which has partnered with the Serum Institute of India and other manufacturers—has repeatedly missed its delivery targets.

As Reuters reported last month, Novavax "has delivered just a small fraction of the 2 billion Covid-19 shots it plans to send around the world in 2022 and has delayed first-quarter shipments in Europe and lower-income countries such as the Philippines."

"The company has yet to deliver vaccine on its largest contract for 1.1 billion doses to COVAX—a global vaccine distribution program for poorer countries—which would make Novavax its third-largest supplier," the outlet noted. "Novavax did not provide a timeline but told Reuters it expects to deliver around 80 million doses in the current quarter to COVAX, less than 10%."

Unnamed officials told Reuters that some of the delays were caused by later-than-expected approval from regulatory agencies and earlier export limits imposed by the Serum Institute.

"Whatever the explanation is, it's unsatisfactory," Brook Baker, an access to medicines specialist at Northeastern University, said in response to AP's reporting Thursday. "The bottom line is that there are still a lot of unvaccinated people in poor countries and once again, they are at the back of the line."

Zain Rizvi, a policy expert at the U.S.-based consumer advocacy group Public Citizen expressed a similar view, telling AP that "whatever the reason, a vaccine that was believed to be highly suitable for poor countries is now in large part going to rich countries."

"It's tragic that in year three of the pandemic, we still cannot get the resources, attention, and political will to solve vaccine inequity," added Rizvi.

Throughout the deadly pandemic, rich countries have repeatedly jumped to the front of the line to snatch up available vaccines through secretive arrangements with pharmaceutical companies, resulting in badly insufficient access for low-income countries that have been forced to rely on charitable donations.

To date, according to the latest figures from Our World in Data, just 14.4% of people in low-income countries have received at least one coronavirus vaccine dose.

By contrast, "79% of people in high-income countries had received at least one dose of a Covid-19 vaccine" as of March 19, 2022, researchers note in an analysis of vaccine inequity published Thursday in the peer-reviewed journal The BMJ.

"Without a recommitment to global equity for vaccines and other Covid-19 countermeasures, coupled with stronger actions and accountability, many more people will die needlessly, and all countries will increase their own future health and economic risks," the researchers write. "Prematurely 'moving on' from the pandemic, however attractive the short-term implications, would be a moral failure from which the world will not easily recover."