Some evangelicals claim Ukraine war means the end times — as usual, they're wrong

Every few years, my fellow evangelicals claim the Antichrist has risen and the world is ending. It's never true 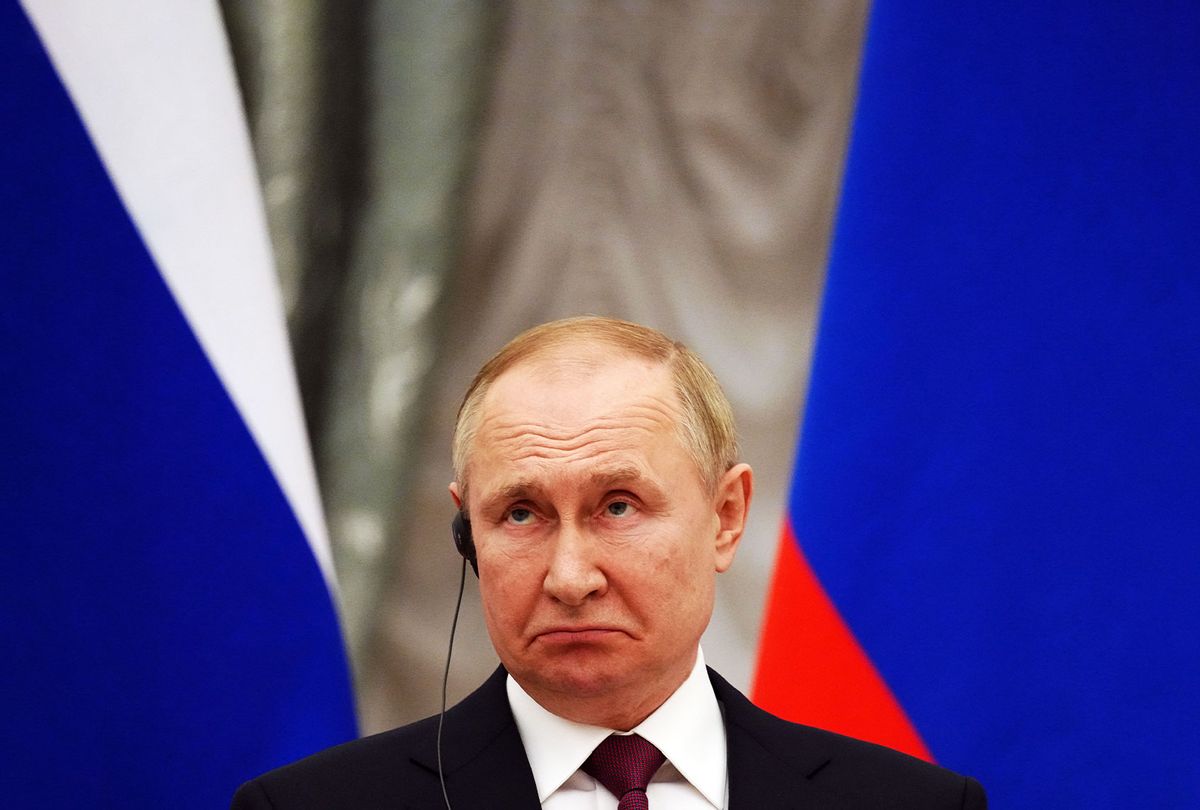 I remember a time when Barack Obama was seen as a possible Antichrist. Before that, it was Soviet leader Mikhail Gorbachev in the '80s. For those just catching up, the Antichrist is a diabolical figure who will unite the world against Christians and rule for a time. Don't worry, the story has a happy ending: Christ eventually returns and kicks the Antichrist's ass, like in a theological action movie. Either way, many Christians long for the return of Christ, along with the Rapture of the faithful and — perhaps most important — the suffering of those who have rejected Christ.

Right now, many evangelicals are ramping up their teachings about the end of the world. They can barely contain their excitement: Soon the people who have mocked their faith, changed the definition of marriage, given women the right to choose and supported feminism will finally be punished by God. The current war in Ukraine, for some of these supposedly devout Christians, yet another Biblical prophecy realized.

I have a family member who is part of an end-of-the-world Christian cult. They have lots of guns and own a lot of land, and they believe they can survive there for as long as the apocalypse lasts. I am pretty sure some of the older leaders in that group have even taken on a few concubines to "preserve the church."

For every fringe group like the one found in my family, there are the evangelical ministers who have broader appeal that have inspired the lunatics. Recently I communicated with historian and author Martyn Whittock about his latest book, "The End Times, Again? 2000 Years of Use & Misuse of Biblical Prophecy." Throughout his book, he argues with great clarity that these misguided discussions around Biblical prophecy are nothing new, but remain deeply dangerous, especially when mixed with the current political discourse. He makes the fascinating point that end-times beliefs used to be associated with radical politics, but more recently have become a tool of the far right:

End-times reflections have increasingly become associated with the outlook of the evangelical right in the USA; and this has influenced the political flavor of such views when adopted by those globally, who are influenced by US evangelical culture. This rightward political shift is highly significant and in direct contrast with the way that eschatological beliefs in periods of the past have been associated with political radicalism.

This apocalyptic pull has allowed the evangelical leadership to dominate the religious political landscape, far out of proportion to the actual number of evangelical believers. This has driven too many of their followers down a path that relinquishes any sense of responsibility to the current generation. Healing the sick, welcoming the foreigner and serving the poor are set aside, in favor of a so-called religious war for the soul of God's creation.

This movement toward the end of days isn't limited to American culture and politics. As Whittock suggests, it is prominent in the U.K. as well:

From the US nationalism that has characterized the evangelical right in alliance with Donald Trump, to the UK Christian Brexit-nationalists denouncing the EU, eschatology has become the preserve of many who wish to promote nationalism and conservatism, oppose international commitments and supranational organizations, and resist aspects of modernity as varied as credit cards, vaccination, gun control legislation, and action on climate change. It has become, for many, a component part of a besieged outlook that pits them against disconcerting aspects of the modern world and expects justification in the form of future catastrophe — from which they will be rescued, while those left behind will suffer tribulation.

The Biblical perspective on all this has also been misunderstood. The people who followed Jesus Christ in his own time believed he would destroy the temple, become some kind of political leader and start a revolution against Roman rule. That was why he was charged with sedition and crucified. Jesus was none of those things, however, as his teachings clearly reflect.

The faithful misunderstood Jesus during his lifetime; they misunderstand him now. Some theologians believe that the Book of Revelation — from which most doctrines about the Antichrist are drawn — was actually written in code as a set of warnings to Christians about the Roman Emperor Nero. He was hunting Christians down at the time the letter was written, and John's imagery was attempting a form of clandestine communication. Discussions about the Antichrist have also been interpreted as words of caution about a certain dangerous type of all-too-human leader, not about some mythological figure with supernatural powers taking over the world. After all, human history has seen many such leaders who come into power and then use that power to kill and destroy, and even more specifically to wage some form of genocidal murder.

A few years ago, the leading evangelical pastor Robert Jeffress made this comment about then-President Obama while promoting another one of his highly profitable books: "What I am saying is this: the course [Obama] is choosing to lead our nation is paving the way for the future reign of the Antichrist." You must understand that Obama, for many evangelicals, was an ideal fit for the role of Antichrist. In their minds, he was not a real Christian, he endorsed gay marriage, he pushed forward government health insurance — which for some reason is evil — he defended Islam (even setting aside those Christians who believed Obama actually was a Muslim) and he was a leader who inspired great unity. It is of course pure lunacy to see those things as profoundly evil, but there we are.

My bold prediction is that this moment, although certainly a dangerous time in human history, is not the end of the world either. Every single minister who has predicted the return of Jesus has been wrong for 2,000 years, and this generation is no different. I believe we should all stop looking to supernatural forces for answers and start looking within. If I had any significant influence among Christians, I would argue that this a time to put aside concerns about the end of the world and visions of the hereafter, and get back to loving your neighbor.

Read more from Nathaniel Manderson on evangelicals and modern society: