"If Will Smith was a white guy...": Right-wing Twitter reacts after Chris Rock slapped at Oscars

"If Will Smith was a white guy, he would have been led out of the Oscars in handcuffs" 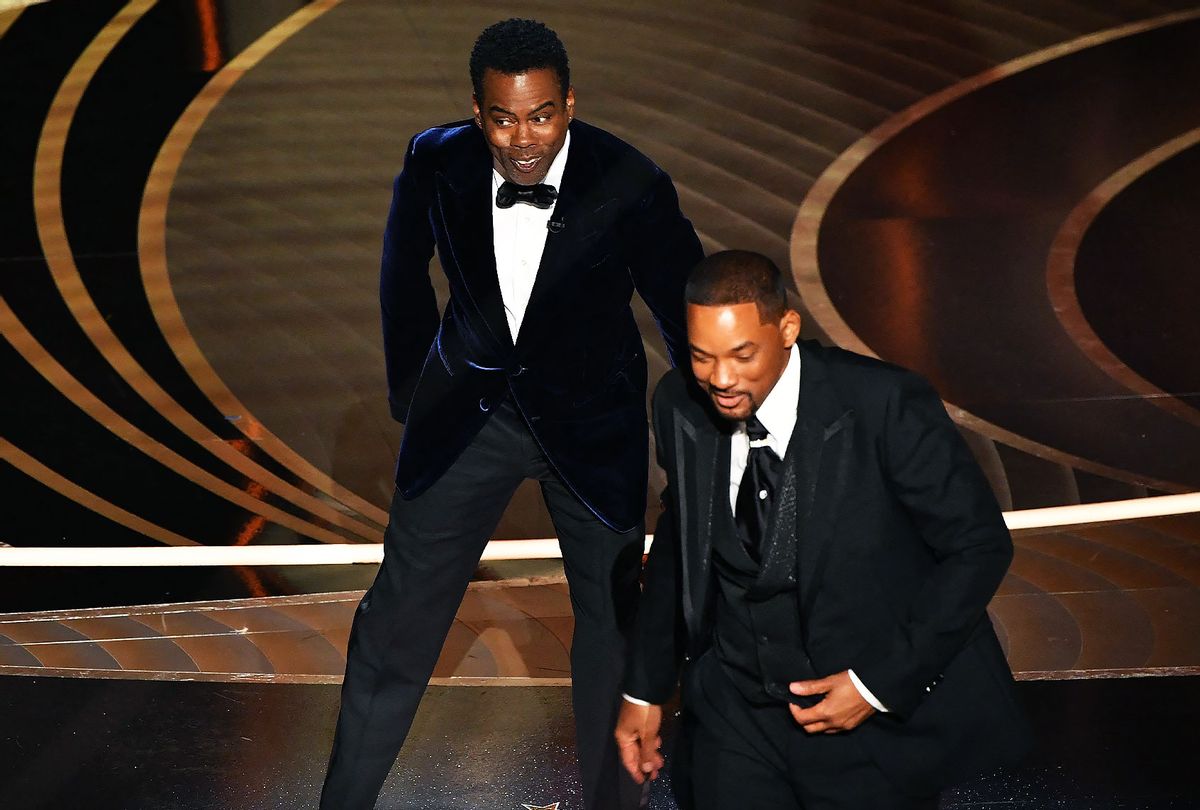 US actor Will Smith (R) walks away from US actor Chris Rock onstage during the 94th Oscars at the Dolby Theatre in Hollywood, California on March 27, 2022. (ROBYN BECK/AFP via Getty Images)
--

Conservative commentators are challenging Hollywood and the left's moral integrity after A-list actor Will Smith publicly slapped comedian Chris Rock for making an off-color joke about his wife while onstage at the Oscars.

The shocking incident unfolded during the live taping of the 94th Academy Awards on Sunday, when Rock made a joke about Smith's wife, Jada Pinkett Smith, who suffers from alopecia, prepping for a role in "G.I. Jane 2."

Smith, who first appeared to laugh at the joke, later stormed the stage after his wife appeared visibly upset by Rock's quip and, without pause, slapped the comedian across the face.

"Keep my wife's name out of your f**king mouth," Smith yelled at Rock after sitting back down at his table.

RELATED: Will Smith slapping Chris Rock made the 94th Academy Awards one to remember — for the wrong reasons

The exchange has since sparked significant dialogue online around whether Smith was justified in striking Rock, who has said that he will not be filing a police report.

Conservatives, for their part, have jumped on the opportunity to criticize Hollywood (and the left writ large), weighing in the racial and moral of Smith's attack.

Ben Shapiro, right-wing champion of "facts" over "feelings," lamented the apparent fact that "all of America must take moral cues from people who… slap each other on stage."

"Should we be surprised that so many on the Left now believe that microaggressions should be met with actual physical violence?" he added. "They've been clear about this for years."

Conservative columnist Benny Johnson also joined the chorus, claiming that "If anyone else did what [Smith] did they would be arrested."

"The ruling class lives by different rules," Johnson said, posting a clip of Smith dancing at an afterparty. "They think they're better than you."

Kyle Becker, CEO of conservative news site BeckerNews, sounded off about the apparent racial "privilege" Will Smith benefits from as a Black man.

"If Will Smith was a white guy, he would have been led out of the Oscars in handcuffs. Then police would have thrown him in jail," Becker said. There would be a thousand media hit pieces about him being 'racist.' He would be canceled for life. Instead, he won Best Actor. That's 'privilege.'"

RELATED: Is "CODA" the "Green Book" of films about deaf people?

In fact, studies have shown that Black men are sentenced to more time in prison for committing the same exact crimes committed by white men.

Meanwhile, Steve Schmidt, one of the founding members of the Lincoln Project, used Smith's slap to make a broader point about the political power in "group psychology."

"The Oscars have demonstrated the power of group psychology. The room is a hermetically sealed bubble where all mores can be eradicated in a second. Do you want to understand how Trump happened?" he wrote. "Applause for assault in a tuxedo in California is the same as applause for assault while wearing a red hat in Alabama. That was a crime. There was no virtue attached to it."