Judge: "More likely than not that President Trump corruptly attempted to obstruct" Congress

“The illegality of the plan was obvious,” wrote Judge David O. Carter 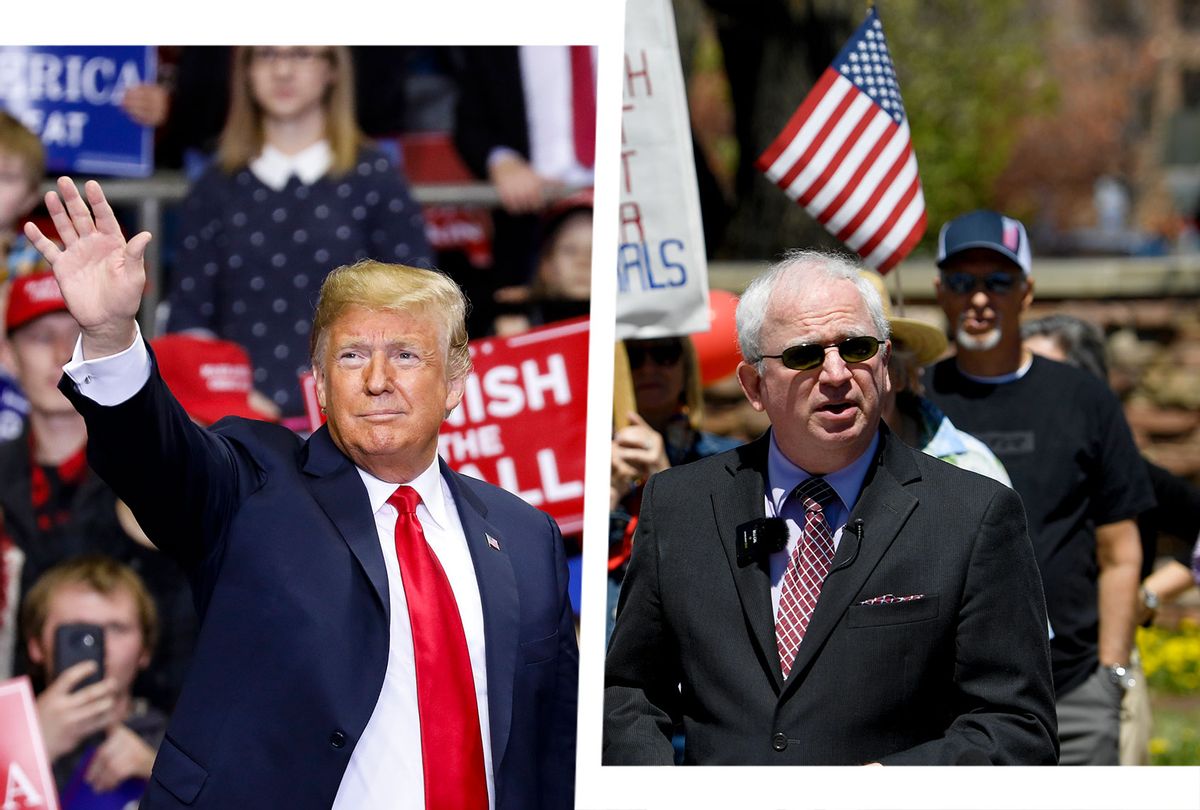 A federal judge ruled on Monday that it was "more likely than not" that Donald Trump and his former attorney, John Eastman, committed multiple felonies in their sweeping scheme to overturn the 2020 presidential election.

"The illegality of the plan was obvious," wrote Judge David O. Carter of the Central District of California. "Our nation was founded on the peaceful transition of power, epitomized by George Washington laying down his sword to make way for democratic elections. Ignoring this history, President Trump vigorously campaigned for the vice president to single-handedly determine the results of the 2020 election."

"Based on the evidence, the Court finds it more likely than not that President Trump corruptly attempted to obstruct the Joint Session of Congress on January 6, 2021," Carter added.

As part of Carter's ruling, the judge ordered Eastman to turn over 101 emails around the time of January 6 of last year, when Trump ostensibly led a violent throng of his supporters to invade the U.S. Capitol. For his part, Eastman had repeatedly refused to turn them over, alleging that they are protected by attorney-client privilege – a claim that Carter firmly rejected.

In his ruling, Carter also noted that Eastman and Trump both knew that their plan to subvert the election was illegal at the time of its making. The judge suggested that both men could be charged with obstructing an official proceeding of Congress and conspiracy to defraud the American people, according to The New York Times.

"The true animating force behind these emails was advancing a political strategy: to persuade Vice President Pence to take unilateral action on January 6," wrote Carter.

"At most, this case is a warning about the dangers of 'legal theories' gone wrong, the powerful abusing public platforms, and desperation to win at all costs," Carter argued. "If Dr. Eastman and President Trump's plan had worked, it would have permanently ended the peaceful transition of power, undermining American democracy and the Constitution."

Though decisive, Carter's ruling will not necessarily impact whether Trump is criminally prosecuted, a potential outcome that largely hinges on the January 6 select committee's investigation. If the committee chooses to recommend formal charges against Trump to the Department of Justice, Attorney General Merrick Garland will have final prosecutorial discretion to proceed with those charges.

RELATED: Trump takes control of the Jan. 6 story — while the media and Congress sleep on it

Still, Carter's decision marks perhaps the first time in U.S. history that a federal judge found that a former president committed a crime during his term, as Politico noted. And the ruling could place significantly more pressure on Garland to pursue an indictment.