The muddled history of the old-fashioned

Bourbon or rye; fruit or no fruit — why are there so many variations on this classic, simple cocktail? 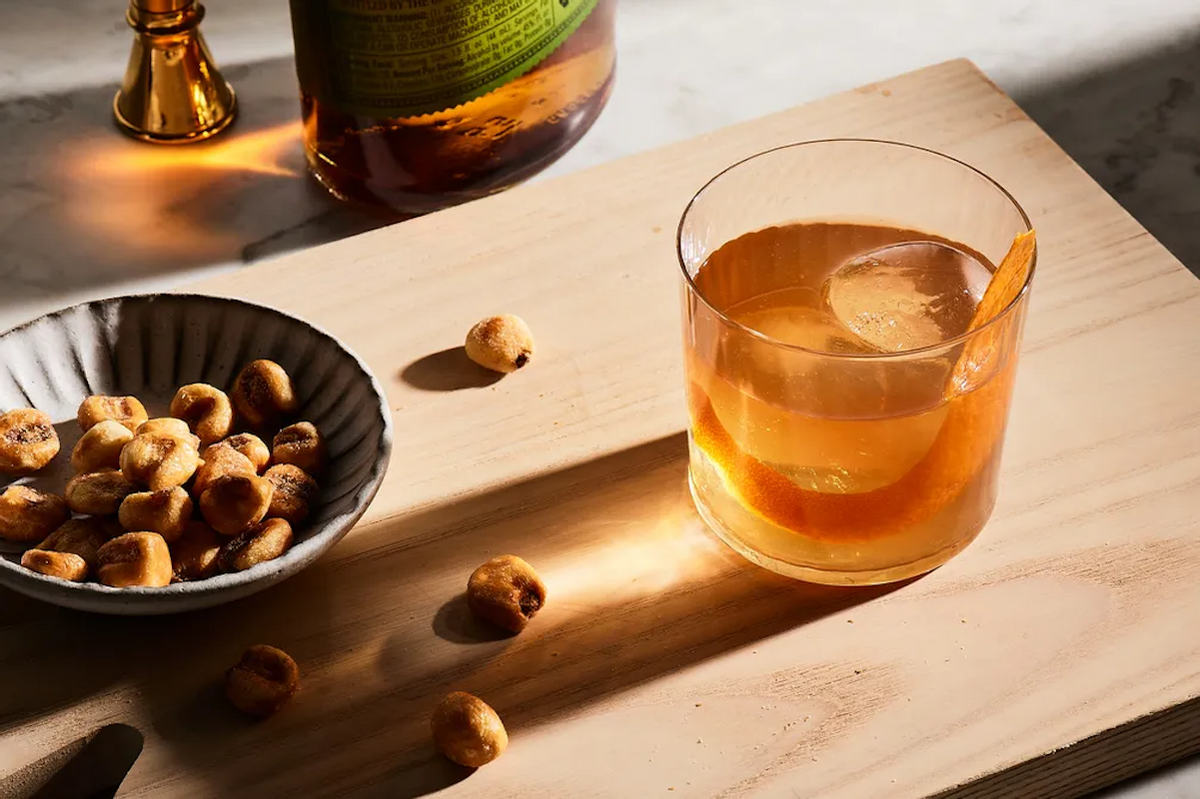 The old-fashioned is a classic cocktail that likes to change its clothes. At its core, it's a lightly sweetened whiskey-based lowball. Those who prefer a drier drink with a hint of spice will opt for rye, while others may prefer the sweet roundness of bourbon. Some bartenders drop in a slice of orange or a cherry right before serving, and others will muddle the fruit into the drink; sometimes it's served with no fruit at all. These myriad variations beg the question: Is there such a thing as a 'right' way to make an old-fashioned?

The drink has a long history, and it didn't always bear the archetypical title. "The name on its birth certificate was Whiskey Cocktail," Robert Simonson writes in his book "The Old-Fashioned," citing the original technical outline of any cocktail: spirit, sugar, bitters, and water. It's hard to pin down exactly when and where the name "old-fashioned" originated, but sometime in the mid-19th century in the U.S. seems likely, as traditionalists snubbed newer takes on cocktails, requesting the "old-fashioned," or pared-down versions of beverages instead of concoctions featuring newly available added ingredients.

It wasn't until Prohibition that fruit crept into the drink. This shift toward a fruitier profile was likely due to the poor quality of liquor during the time, since spirits were being produced illegally, in less-than-ideal conditions. By muddling sugary fruit in with the spirit, its rough finish was somewhat masked, making for a more palatable drink.

After Prohibition was repealed and it was legal to produce liquor again, the quality of spirits naturally improved dramatically, but many bartenders continued to make old-fashioneds with fruit. Orange and a preserved cherry (such as a maraschino) would typically be used to muddle; and as Simonson notes in his book, some bartenders, such as Oscar Tschirky (who worked at the Waldorf Astoria in Manhattan from 1893 to 1943), even insisted on the addition of pineapple. "The fruit salad model remains popular, particularly in the American Heartland and with older generations, and is likely to remain so," Simonson clarified over email. "That version was the standard for too many decades to simply disappear."

According to Dale DeGroff, author of "The New Craft of the Cocktail," the quality of the fruit is critical for making an outstanding drink. "I use Bordeaux cherries from Oregon, which are fabulous," he said. "They're really natural, and plump and juicy." He explained that when consulting with bartenders in London, he once prepared two different versions of the old-fashioned for the group — one with muddled fruit and one with just whiskey, a sugar cube, and bitters — to see which they preferred. "A good half of the room liked the one with the muddled orange and the cherry," he said.

The question of fruit or no fruit is just one of the ways that the old-fashioned is a divisive drink. Sometimes, a different kind of liquor replaces whiskey as the base spirit. Cocktail aficionados experiment with swapping in everything from rum to mezcal. In Wisconsin — where residents consume more Korbel brandy than any other state — there's a regional variation of the classic. "Two main features differentiate a Wisconsin-style old-fashioned from the classic-style old-fashioned," said Michael Morton of Dyeland Hospitality. "The first is the use of brandy in place of whiskey, and the second is the addition of soda." Morton added that at Bryant's Cocktail Lounge in Milwaukee, Wisconsin, the drink is not made with muddled fruit, but is garnished with a "flag" — an orange slice and cherry on a cocktail pick.

Purists might look at inventive takes on the old-fashioned as scandalous, but DeGroff maintains that some variations on the classic can be delicious, pointing to the reposado tequila and mezcal-based Oaxacan Old-Fashioned (invented by Phil Ward of Death & Co in New York) as one of his personal favorites. Bartenders continue to riff on these new versions, too. For example, at the Interval in San Francisco, the Oaxacan Old-Fashioned is served with Ancho Reyes (a chile liquor) and chocolate bitters. "Our variation on Phil Ward's modern classic adds a touch of smoky spice," said beverage director Ty Caudle.

The Old-Fashioned is far from the only cocktail to have lots of riffs; the daiquiri (strawberry, Hemingway) and the martini (vodka vs. gin; dirty, Vesper, espresso) are other examples of drinks with many faces. As for why there are so many variations on the classics, DeGroff puts this constant innovation down to the creativity of bartenders: "The old-fashioned has been adopted by the craft movement in the new millennium as a sort of mother sauce, a base." And when it comes to expanding on these foundations, the sky is truly the limit.