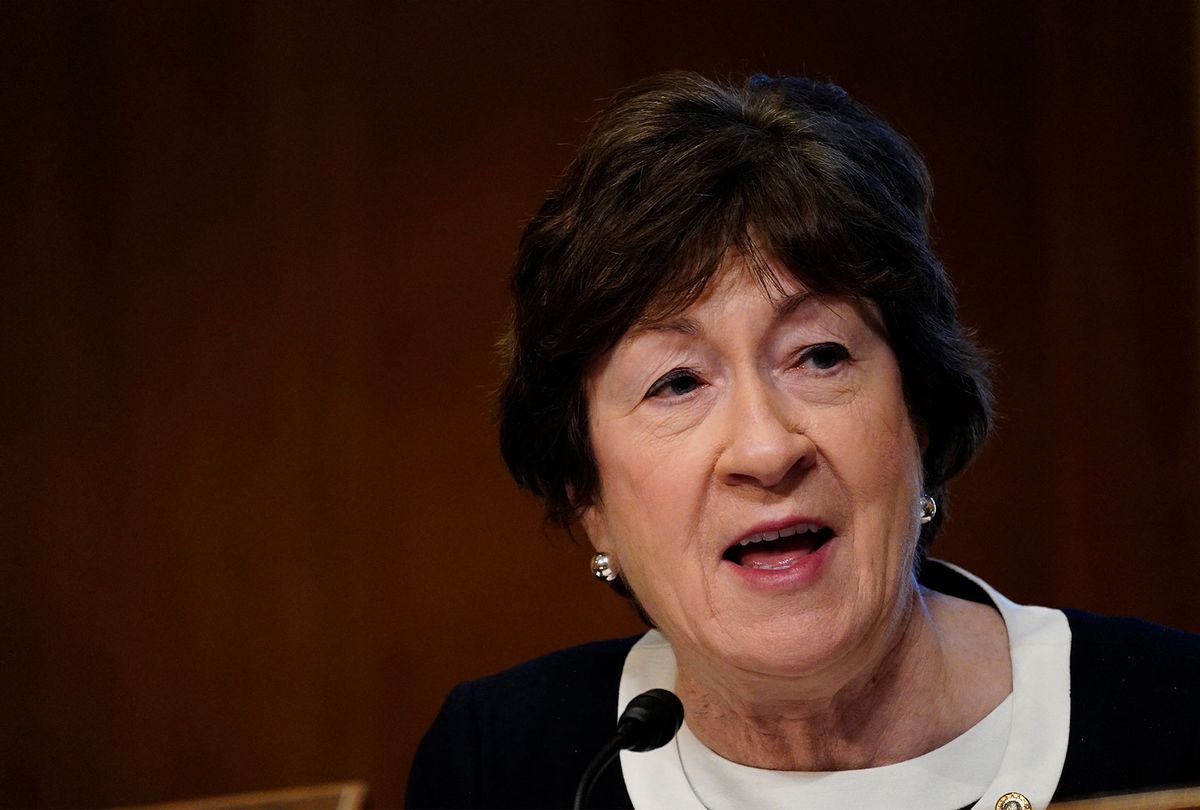 Despite what Democrats have described as taken wildly out of context attacks by Republicans against Judge Ketanji Brown Jackson, President Joe Biden's Supreme Court nominee, over her past handling of sex-related offenses – Maine Sen. Susan Collins became the first Republican to publicly back the judge.

"I have decided to support the confirmation of Judge Jackson to be a member of the Supreme Court," Collins said after meeting with Jackson on Tuesday.

"In recent years, senators on both sides of the aisle have gotten away from what I perceive to be the appropriate process for evaluating judicial nominees," she said. "In my view, the role under the Constitution assigned to the Senate is to look at the credentials, experience and qualifications of the nominee. It is not to assess whether a nominee reflects the individual ideology of a senator or would vote exactly as an individual senator would want."

"This is a disturbing record for any judge, but especially one nominated to the highest court in the land," he wrote in a long thread over Twitter. "Protecting the most vulnerable shouldn't be up for debate. Sending child predators to jail shouldn't be controversial."

According to a Vox fact-check, however, Hawley's allegations are broadly "false," characterized mostly by cherry-picked quotes and rulings that lack proper context.

"Most stakeholders in the federal criminal justice system consider the nonproduction child pornography sentencing scheme to be seriously outmoded," the USCC explained in a 2012 report.

RELATED: What is QAnon? A not-so-brief introduction to the conspiracy theory that's eating America

"I'm troubled by it because it's so outrageous," Durbin said. "It really tests the committee as to whether we're going to be respectful in the way we treat this nominee."

White House spokesperson Andrew Bates likewise described Hawley's attack as "toxic and weakly-presented misinformation that relies on taking cherry-picked elements of her record out of context — and it buckles under the lightest scrutiny."

Jackson was first nominated by President Biden back in late February to succeed liberal Justice Stephen Breyer, who plans on stepping down by June.