What you eat has a water footprint — here's why it matters

While most plant-based foods have smaller water footprints, not all do 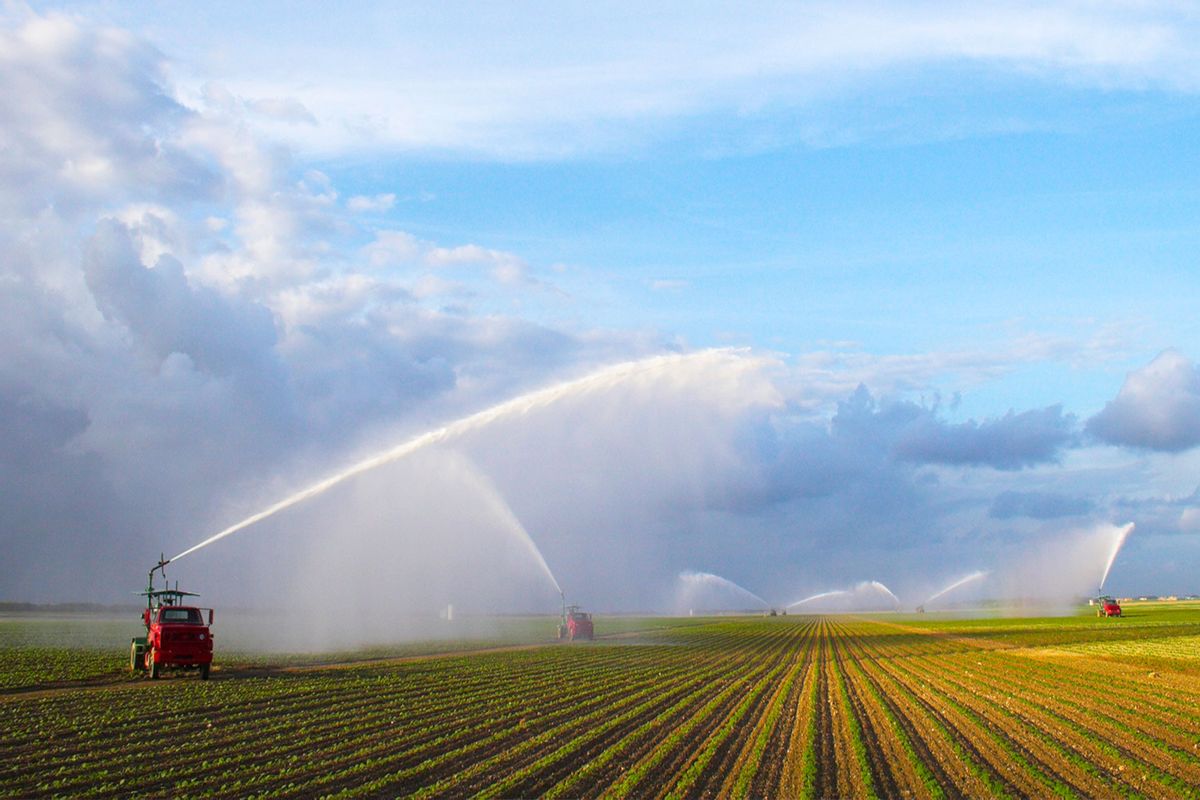 What takes more water to produce, a hamburger or an almond milk latte? Where in food production does the water get used? Did you know that we eat far more water than we drink?

This week, Water Footprint Calculator, a sister site of FoodPrint, launched a new searchable database that shows the water footprint of over 100 foods. We brought in the two senior policy and research analysts, Robin Madel and Kai Olson-Sawyer, to explain what water footprints are, answer some of the above questions, and explain why a gallery like this can be a useful tool for consumers and educators.

What is a water footprint?

It takes water — a lot of it — to produce food, to make energy and to manufacture consumer products. This is what's known as virtual water and it is a part of just about every facet of our lives.

Our personal water footprint includes our tap water use — what's known as our direct water use – and the virtual water used to make all the food we eat, the electricity and gasoline we use to run our homes and vehicles, and all the consumer products we buy to furnish our homes and run our lives. Of all of these many water uses, agriculture generally consumes the largest amount of water, and when we measure our personal water footprint, our diet is usually the biggest part.

Why should people be curious about the water imprint of their food?

The water footprint of food is interesting to look at because producing food requires a lot of water, but it's hard to "see" it without looking at how food is made.

Every stage of moving those crops from the field to our plates involves water, and in the United States, most of the water used to grow and manufacture our food is not returned to the water source from which it was drawn.

Because of this, we "eat" far more water than we drink. Typically, we consume more water through the food we eat than we do through the use of any other good, service or activity, from showering to turning on the light. This is important because, globally, water use is increasing at a rate faster than population growth. This is due primarily to increasing virtual water use as more people consume more water-intensive foods and other goods.

In addition, many areas around the world that are agriculturally productive often experience regular, sometimes severe droughts that threaten water sources. Strained water resources create concern and conflict, especially in the arid parts of the world – including in the United States.

Are foods grown in areas experiencing drought a problem? Do they have a larger water footprint?

Just three states — California, Arizona and Florida — together produce more than three-quarters of the country's produce. Arizona and California are both two states that are hard hit by the current "mega-drought" gripping the southwest. These states grow a significant amount of the produce we eat in the country, with California topping the list; however, a "wet" state like Florida is no stranger to widespread and severe droughts, which occur about once a decade.

The drought in the Southwest is affecting the ability of water managers for the Colorado River Basin to provide all the water needed to cities and farms. The river supplies water for hay, cotton, fruit orchards and farms that produce most of the country's vegetables during the winter. The cuts are affecting farmers' ability to provide for the country.

Arizona, in particular, is feeling the first round of cuts (which could be much more severe if the drought  continues and the river levels go lower). The water cuts are particularly affecting Pinal County, which ranks first in the state for cotton, barley and livestock production. About a third of the farms have been fallowed due to lack of irrigation water.

Some headlines have suggested that lettuce from Arizona would be threatened because of the cuts, but, interestingly, this isn't the case. At least in this initial round of cuts, winter lettuce farmers in Arizona have been spared. That's because most of the lettuce is grown in Yuma County, where farmers have more senior water rights and will continue to irrigate as needed, which raises questions of who else might lose out.

Water rights in the West are a complicated issue, and questions regarding what is ethically right versus what is legally right can muddy the issue of what should be done with the river water. What is clear, though, is that the drought is causing river water levels to drop, and we, as a country, have some tough choices ahead of us.

Similarly, in California, the drought is taking a huge toll on crops like almonds. The state grows over 80% of the world's almonds, and they are the state's top agricultural export, but many almond farmers are having to make tough choices about how many trees they can keep without adequate water supplies.

Almond production in the state skyrocketed over the last 25 years, as the once reliable irrigation system in the San Joaquin Valley made growing the thirsty almonds incredibly profitable. The drought has drained the reservoirs that supply water to the irrigation system, leaving farmers without water. Many are choosing to pull out their trees or switch to higher value crops, to be grown with their limited water resources.

Of course, when we're eating almonds from the San Joaquin Valley in California or lettuce from Yuma, Arizona, we might not think about how much water it took to grow those crops because we can't see or feel all the water that's been shipped to us through those items.

Water footprints give us a way to account for that virtual water and to consider more sustainable choices when we shop at the grocery store and fill our carts with food.

What food has the biggest water footprint? What makes it so large?

Dairy, and especially meat, tend to have some of the biggest water footprints of any food because of the feed an animal eats. Whether chickens, hogs or beef cattle, they all eat large quantities of food. So all the rain and irrigation water that goes into growing that animal feed — including grain and forage, like grass — is tallied up given what the animal eats over its lifetime.

The longer the lifespan and the bigger the animal, the more food that animal eats and the larger the meat's water footprint. That's why beef, being so big and living so long, has one of the largest water footprints of any food at 1,850 gallons of water per pound.

The more meat and dairy production can rely on rainfall (green water footprint) to grow forage and other feed crops, as opposed to irrigation, the better it often is for local water resources. This can be an advantage for many pasture-raised meat and dairy products that may still have a large water footprint, yet the animals don't receive irrigated feed. In pasture-raised systems, animals are normally more spread out and don't have as many problems with concentrated waste, which becomes hard to manage and pollutes water (grey water footprint).

What are some foods with smaller footprints? What makes them smaller?

Foods that tend to have smaller water footprints are plant-based foods like fruits, vegetables, grains, beans and lentils. When it comes to a freshwater resource, it tends to be more efficient to eat plant products rather than animal products. That makes sense when you consider you're directly eating the plants as food, rather than providing far more plants than you'd eat to animals as feed to get meat at the end of the process. In essence, farmers are growing crops to feed you, or growing significantly more crops to feed hogs or cattle to eventually produce pork or beef.

While most plant-based foods have smaller water footprints, not all do. One example that's gotten a fair amount of attention due to the drought in California are tree nuts, such as almonds and pistachios. They have large water footprints because the trees need water all year long. People are more likely to question whether it's as worthwhile to grow almonds and pistachios in dry places like California where water is scarce during drought, and where huge volumes of groundwater are getting pumped to irrigate the orchards.