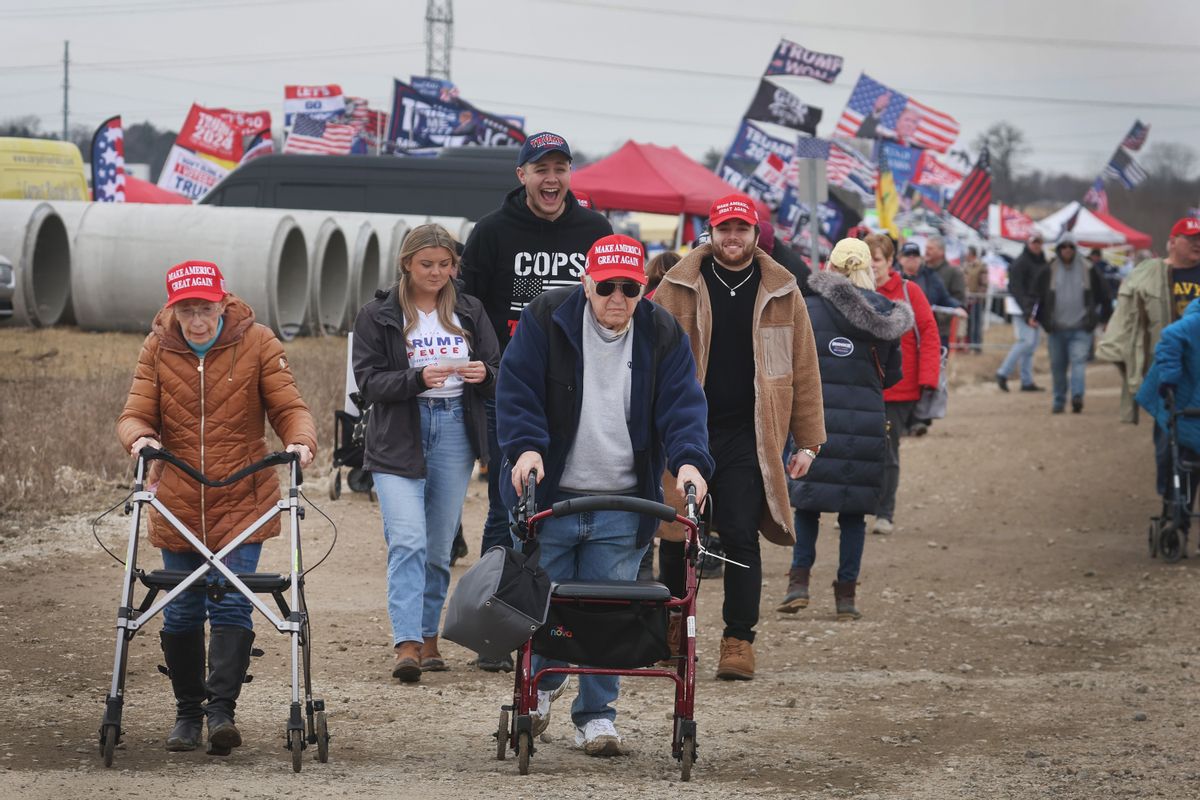 Supporters of Donald Trump are voicing insane conspiracy theories ahead of his Saturday rally in Michigan.

The "opening prayer" for the rally was delivered by a conspiracy theorist who falsely claimed Trump is the "current" president of the United States.

One Trump supporter interviewed by Right Side Broadcasting Network said that the Space Force is part of efforts to return Trump to power in a bizarre QAnon rant caught on camera.

"The election, I believe, was stolen," said a woman with an America flag draped over her shoulders.

"But we know that, Space Force has it all, Trump has all the information, it's going to be overturned," the woman claimed.

"What do you think Space Force has?" the interviewer asked.

"Space Force is a military branch, you know, just like the Army, you know, all the military. And they literally...the night of the election they literally watched the election be stolen. They watermarked the ballots, they know exactly what happened with every ballot," she said. "They know what countries were involved, they followed the money, they know what every every politician that's been paid off."