Despite GOP opposition, Jackson is set to be confirmed as the first Black woman in history to sit on Supreme Court 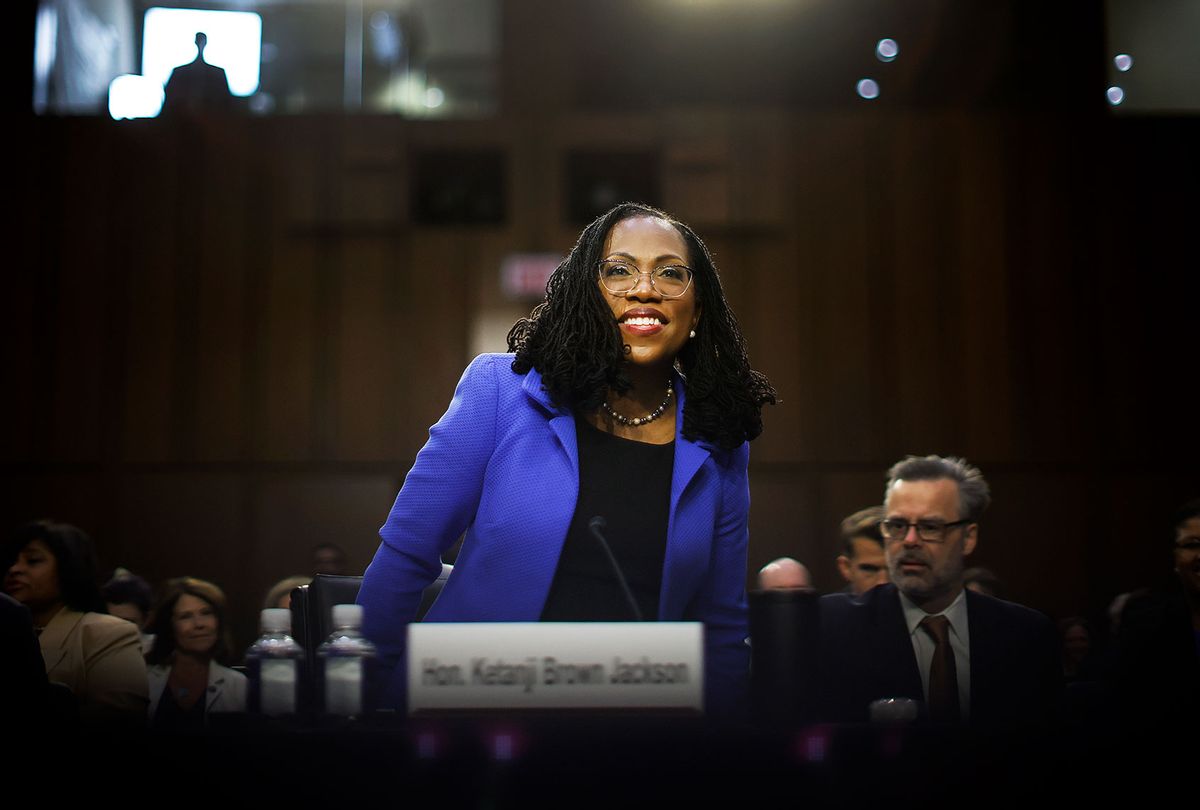 The U.S. Senate is set to confirm Judge Ketanji Brown Jackson this week, a move that would bring the first Black woman in history into the Supreme Court. On Monday, Democrats on the Senate Judiciary Committee advanced her nomination to the full Senate floor, despite united Republican opposition.

The full vote to confirm Jackson is now expected as early as Thursday. Senate Majority Leader Chuck Schumer told The Hill, "We want to do this fairly but expeditiously. … We would like to get this done and have the judge approved by the Senate before the Easter break." The two-week recess commences on Apr. 8.

The Senate Judiciary Committee split down party lines with 11 Democrats voting for Jackson and 11 Republicans voting against her nomination, despite many GOP senators fist singing her praises. Democrats have championed Jackson as a nominee writing in a statement that her, "credentials, experience, and evenhanded approach to the administration of justice make her an outstanding nominee to the Supreme Court."

Notably, Senator Lindsey Graham said Jackson would be the first Supreme Court nominee he would oppose, after supporting her nomination to the D.C. Circuit Court of Appeals a year prior.

"This choice of Judge Jackson was really embraced by the most radical people in the Democratic movement, to the exclusion of everybody else," Graham said in the Senate Judiciary Committee meeting. "If we get back the Senate and we're in charge of this body and there's judicial openings, we will talk to our colleagues on the other side, but if we were in charge she would not be before the committee."

Even with the 11-11 deadlock, Jackson's nomination will still move up to the full Senate.

The confirmation of Jackson would not significantly change the ideological balance of the Supreme Court which is currently tipped conservatively 6-3. If confirmed the new judge would be set to begin work this summer when Justice Stephen Breyer retires.

Judiciary Committee chairman Senator Dick Durbin, fully supports Jackson's nomination and said on Monday, "This committee's action today is nothing less than making history. I'm honored to be part of it."