Dry Lambrusco is delicious — why is it also so hard to find?

The Italian sparkling red is having an effervescent comeback, but supply hasn't caught up with demand 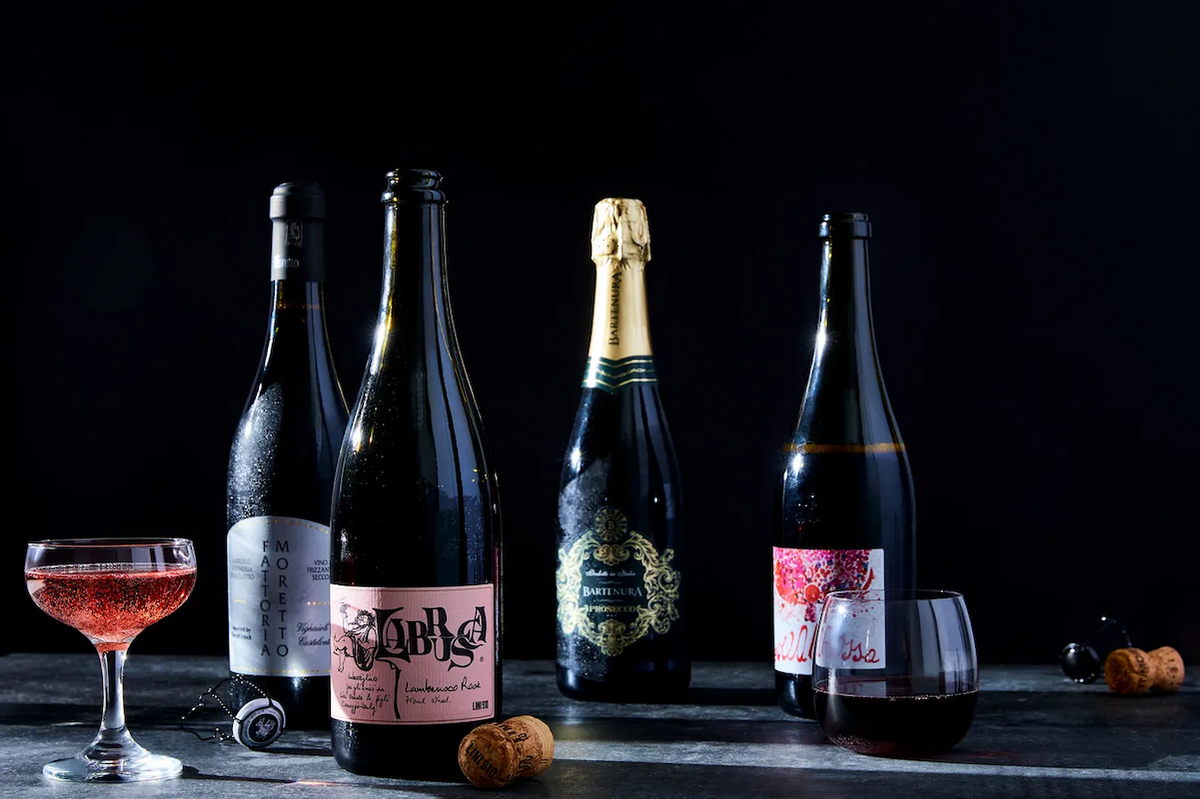 I can pinpoint the only moment I've ever felt cool in the presence of a bartender: It was early summer 2018 at a casual yet self-serious bar in my native Chicago, and I ordered a dry Lambrusco. "I love Lambrusco," he said, affirming my early-adopter status for the first and last time. "I want to get everyone drinking it."

A far cry from the cloying, bulk-produced juice that dominated the category in the 1970s and '80s, the new guard of Lambrusco from Italy's Emilia-Romagna region represents everything I like in a wine: A chilled, low-ABV red with a gentle, prickly fizz, it's equal parts no-brainer and deserving of deep contemplation. It's low intervention and artisanally made, and almost always under $20 a bottle. It's delicious with pizza, cured snacks, and richly sauced pastas — or all by itself at 5 in the afternoon. It's also still irritatingly hard to find.

Higher-quality wines made by producers like Venturini Baldini, a family-owned producer of organic Lambrusco, and fourth-generation family-owned and operated Lini910 — from manually harvested grapes on relatively small plots, which undergo long second fermentations or are naturally bottle fermented — understandably come in very finite quantities, even more so when you tack on international distribution. And in the shadow of the still-dominant mass-market Lambruscos, "it takes time to change things," says Julia Prestia, co-owner of Venturini Baldini.

There's also trickiness of how to categorize Lambrusco, which straddles the historically strange bedfellows of red and sparkling all while fighting old stereotypes of how Lambrusco "must be sweet."

"A lot of wine is about personal preference and expectation," says AK Brunson, assistant buyer at Good Wine shop in Brooklyn. "When you think of a stereotypical personality or taste profile of a red wine drinker, to me it's something a little denser, richer, rounder, and fuller than what Lambrusco will give you. Then you have a lot of sparkling wine drinkers wanting something a little more simple — I'm thinking like a prosecco or cava choice — than the complex flavors you'd get into with Lambrusco."

It's easier to embrace straightforward, if occasionally polarizing, categories like orange (aka whites made like reds) and unfiltered, naturally sparkling pétillant-naturel — both little known by mass-market consumers five years ago that have since positively exploded. "Orange wine is totally new to a lot of people, but less of a weird combination," says Martina Mirandola Mullen, Italian portfolio manager of New York-based importer and wholesaler Massinois, which imports Venturini Baldini.

Zack Eastman, co-owner of Chicago's hybrid bar and wine shop Easy Does It, says the pét-nat boom has actually helped more drinkers understand bottle-fermented Lambruscos. Those who came in through the "natty" (aka natural wine) door welcome a little effervescence in their reds.

Since that summer of 2018, Lambrusco has claimed a prime spot in my regular drinking rotation. No, scratch that. I drink it whenever the hell I can find it — which has become maddeningly infrequently. Yet as folks up and down the Lambrusco supply chain gently remind me, coolness in the eyes of a handful of editors (and one determined enthusiast) does not beget an endless supply of this ruby sparkler.

For starters, Lambrusco has a long way to go to shed its image as a sweet, mass-market wine.

"It's still a work in progress," says Prestia. "Unfortunately, what happened in the '70s was not just in the States, but in many countries. In a lot of places, the majority of Lambrusco wines on offer are still that cheap, fizzy drink. We need to keep that in mind, especially when we think about who is driving that renaissance — which is definitely the smaller, family-owned wineries."

"For people still defining their palates, Lambrusco can be a really cool stepping stone — from crazy, wild pét-nat moving into the new Lambruscos, along with other more niche styles or esoteric expressions of classic styles," says Eastman.

Retailers are fielding more requests for Lambrusco specifically and, more broadly, "red sparkling" wines, as is the case at Good Wine, which stocks a handful of Lambruscos year-round, like Lini910 (categorized under sparkling wines, mind you).

"Working at this store for three or four years, I definitely have seen an evolution in the type of questions asked, but I also think it could be demographic-based," Brunson says. "This neighborhood skews more wine knowledgeable — customers who work in restaurant service, or who own or grew up in food- or wine-based businesses come in asking what's new or interesting in that way."

What might offer an easier bridge for those outside the urban, fizzy-red bubble is rosato, a Lambrusco subcategory that Mullen says didn't really exist a few years back. She'd prefer to categorize this technically sparkling rosé as sparkling rather than rosé.

"Rosé is so oversaturated," she says, adding that it's understandably harder to nudge someone to buy, say, a pricier Sangiovese rosé when light, affordable, no-brainer Provençal rosé is within reach.

"Organic and sparkling are big parts of the attractiveness and easiness to say OK to the new guard of Lambrusco," Mullen says. "And if it's not going to cost me an arm and a leg, why not?"

That's especially true in the warmer months, when people are craving chilled, quenching bubbles, Eastman says. Plenty of customers end up buying a bottle of fresh, puckering Ferretti Vini Al Cēr Lambrusco Rosato (made by sisters Elisa and Denise Ferretti) in the shop after downing an easy-drinking glass or two on the patio. Indeed, for now, much like that fateful summer of 2018, Lambrusco remains a warm-weather wine in the eyes of most American drinkers.

"I feel like it's on its way to being a staple," Eastman adds, though his tone suggests he's just trying to appease me. Till then, think of it "a little like a Joe Freshgoods shoe collab drop," he says: Get it while it lasts, and relish it if you do.