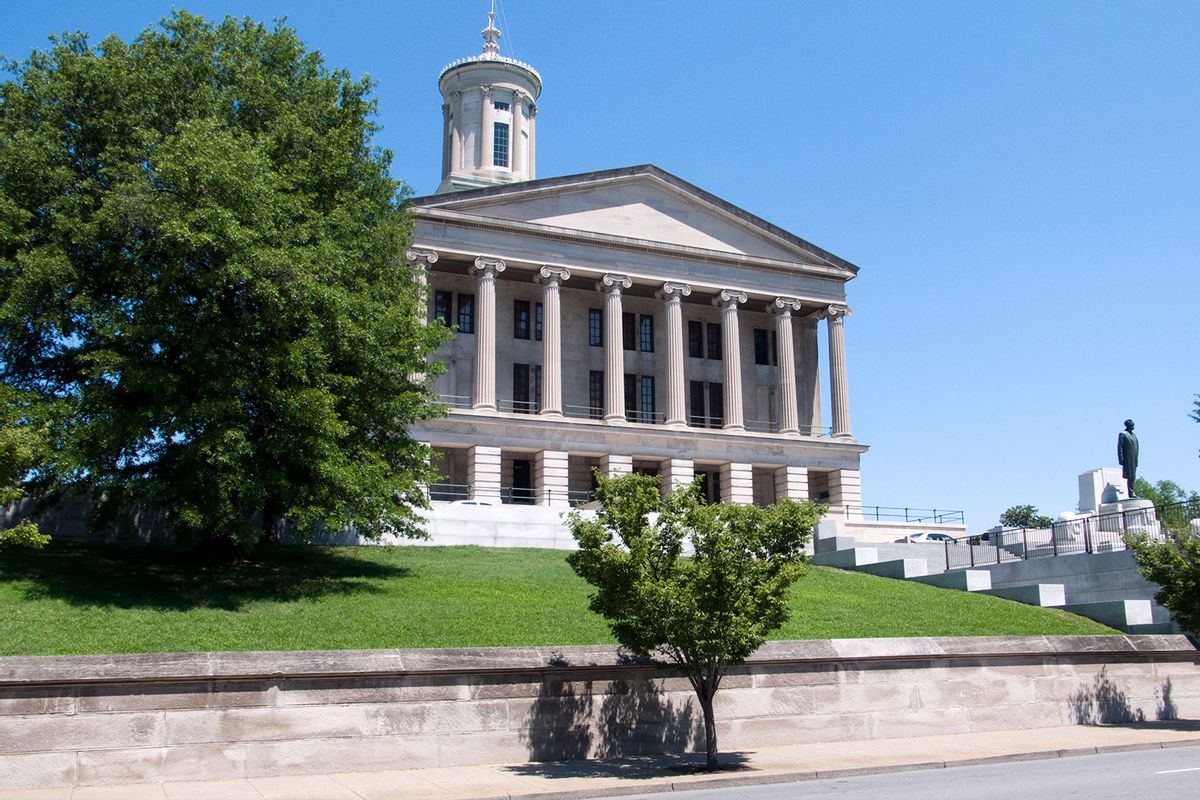 A GOP-backed bill in Tennessee would eliminate any age requirements for marriage, a move that critics are calling hypocritical amid baseless Republican accusations that the LGBTQ+ community is attempting "groom" and "sexualize" school children.

H.B. 233 gives Tennesseans "an alternative form of marriage" between individuals who have a "conscientious objection to the current pathway," according to state Rep. Tom Leatherwood, the bill's Republican sponsor.

As WKRN ​​reported, the GOP bill, first introduced in January, establishes a common-law marriage between "one man" and "one woman" but omits any age requirements for the union, an omission that Democrats have blasted.

"I don't think any normal person thinks we shouldn't have an age requirement for marriage," said Democratic state Rep. Mike Stewart. "It should not be there as it's basically a get out of jail free card for people who are basically committing statutory rape," Stewart. I mean it's completely ridiculous, so that's another reason why this terrible bill should be eliminated."

The measure is a significant step back from a Tennessee law passed in 2018 that prohibited minors under the age of seventeen from getting married.

According to Unchained at Last, Tennessee ranks the 13th highest state in child marriages per capita. Nearly 10,000 children were granted marriage licenses in the state between 2000 and 2018.

Sexual Assault Center of Middle Tennessee told WKRN that the age of consent for marriage should not be any lower than it already is. "It makes children more vulnerable to coercion and manipulation from predators, sexual and other," the group added.

The measure comes as Republicans wage a sweeping campaign to undermine LGBTQ+ rights by banning classroom discussion and instruction of sex and gender. Animating their effort is the baseless claim that LGBTQ+ advocates are attempting to "groom" and "sexualize" children by indoctrinating them with left-wing "ideology."

That lie was widely peddled during the much-covered leadup to Florida Gov. Ron DeSantis' "Don't Say Gay" bill, which severely restricts the extent to which teachers are allowed to discuss any topics related to sex or gender.

"The bill that liberals inaccurately call 'Don't Say Gay' would be more accurately described as an Anti-Grooming Bill," tweeted DeSantis spokeswoman Christina Pushaw earlier this month. "If you're against the Anti-Grooming Bill, you are probably a groomer or at least you don't denounce the grooming of 4-8 year old children. Silence is complicity. This is how it works, Democrats, and I didn't make the rules."

As this partisan conflict plays out, Vice notes, LGBTQ+ youth face disproportionately high rates of depression and and anxiety, and are four times more likely to attempt suicide than other young kids. Meanwhile, 85 percent of trans and nonbinary youth said that the recent rash of anti-LBGTQ+ laws in GOP-led state have negatively impacted their mental health, according to a Morning Consult poll.