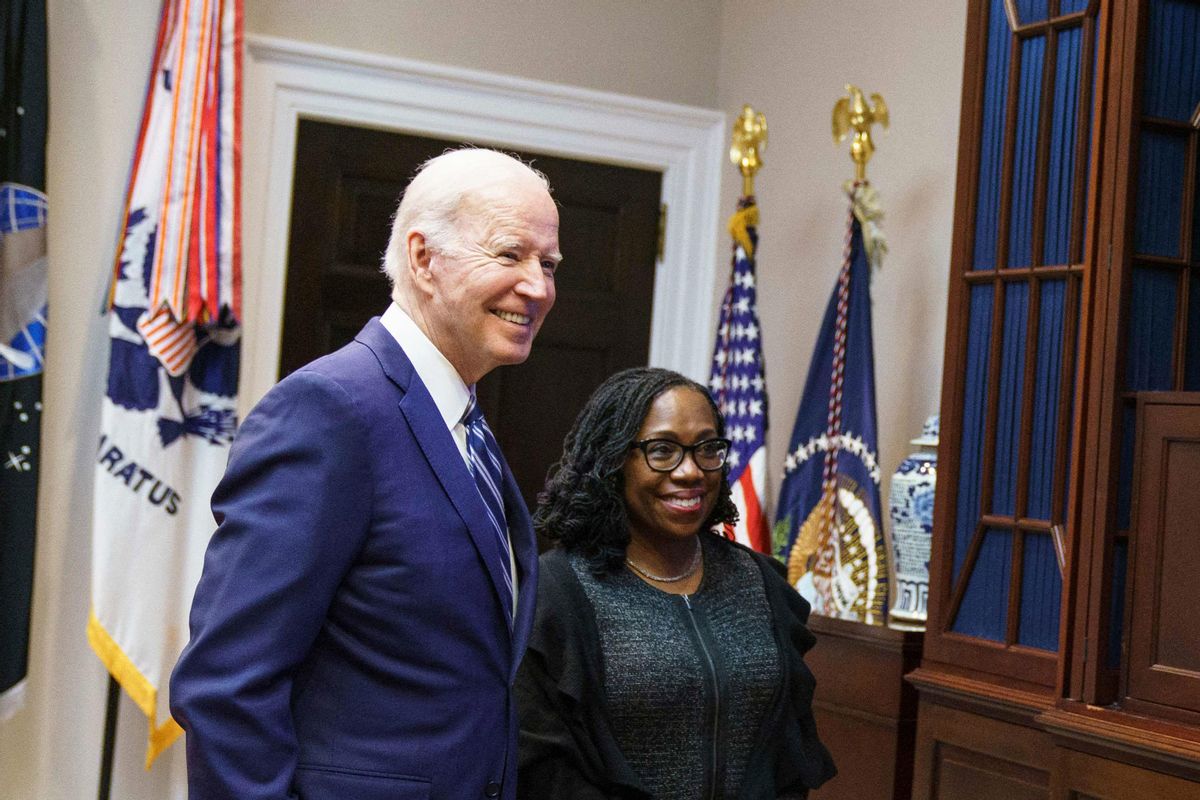 US President Joe Biden and Judge Ketanji Brown Jackson watch the Senate vote on her nomination to be an associate justice on the US Supreme Court, from the Roosevelt Room of the White House in Washington, DC on April 7, 2022. (MANDEL NGAN/AFP via Getty Images)
--

Ketanji Brown Jackson was confirmed to the Supreme Court Thursday, making her the first Black woman to ever sit on the nation's highest court.

"This is really, in my view, a moment to celebrate," said Senator Michael Bennet. "She is an inspiration to millions and millions of Americans."

Before the confirmation Republicans pushed their final arguments against her during the debate, accusing her of being soft on criminals, including child sexual abuse defendants.

Senator Tom Cotton went so far as to say Jackson might have defended Nazis after World War II.

"You know, the last Judge Jackson left the Supreme Court to go to Nuremberg and prosecute the case against the Nazis," Cotton said. "This Judge Jackson might have gone there to defend them."

Jackson's confirmation is a big move for President Biden, who promised on the campaign trail that he would nominate a Black woman to serve on the Supreme Court.

Jackson is replacing Justice Stephen Breyer, who is retiring from the court after more than 27 years.