Tish James is seeking to fine Donald Trump $10,000 a day while he withholds Trump Organization documents 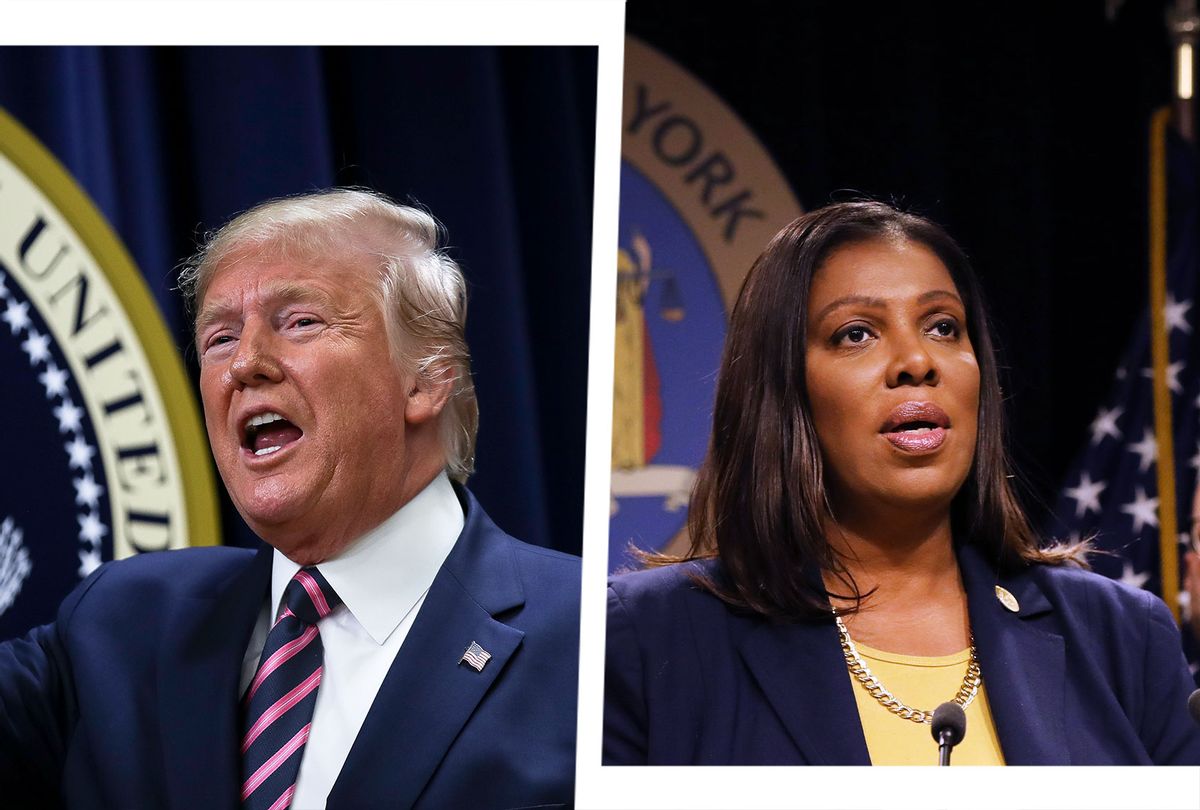 New York Attorney General Letitia James on Thursday filed a motion to hold Donald Trump in contempt for failing to release evidence around possible fraud rife within the Trump Organization – a move that could result in the former president being fined $10,000 per day until he complies with her request.

"The judge's order was crystal clear: Donald J Trump must comply with our subpoena and turn over relevant documents to my office," James said in a press release. "Instead of obeying a court order, Mr Trump is trying to evade it. We are seeking the court's immediate intervention because no one is above the law."

Trump and his two children, Donald Trump Jr. and Ivanka Trump, were originally ordered in February to provide private testimony to James' office as part of her years-long civil probe into whether Trump artificially inflated and deflated certain assets for tax and insurance reasons.

Since then, the Trump family has vigorously sought to quash James' subpoenas, accusing the attorney general of waging a politically motivated witch hunt. But for the most part, their efforts have proven unsuccessful.

Back in February, a New York judge shut down the former president's request to block James' subpoena, ordering Trump to provide several Trump Organization documents by the end of last month. In response, the former president stonewalled the ruling, "raising objections to each of the eight document requests in the subpoena based on grounds such as overbreadth, burden, and lack of particularity," according to the motion from Ms James's office.

RELATED: Trump under investigation: Your guide to who's probing what, and how it's going

The documents in James' purview include financial statements compiled by Trump's longtime accounting firm, Mazars USA, which in February said that the Trump Organization's financial records could "not be relied upon." That development came just a month after James had announced that her office found "significant evidence" that Trump "falsely and fraudulently valued multiple assets and misrepresented those values to financial institutions for economic benefit."

James' investigation currently runs parallel to a criminal investigation of the Trump Organization led by the newly-elected Manhattan district attorney, Alvin Bragg. Bragg's probe, however, now that two head prosecutors on the case have abruptly resigned over Bragg's apparent resistance to bring charges. According to The New York Times, the prosecutors stepped down after Bragg decided to stop presenting evidence to the grand jury.