The reports reveal details from an array of alleged UFO encounters, with varying degrees of plausibility 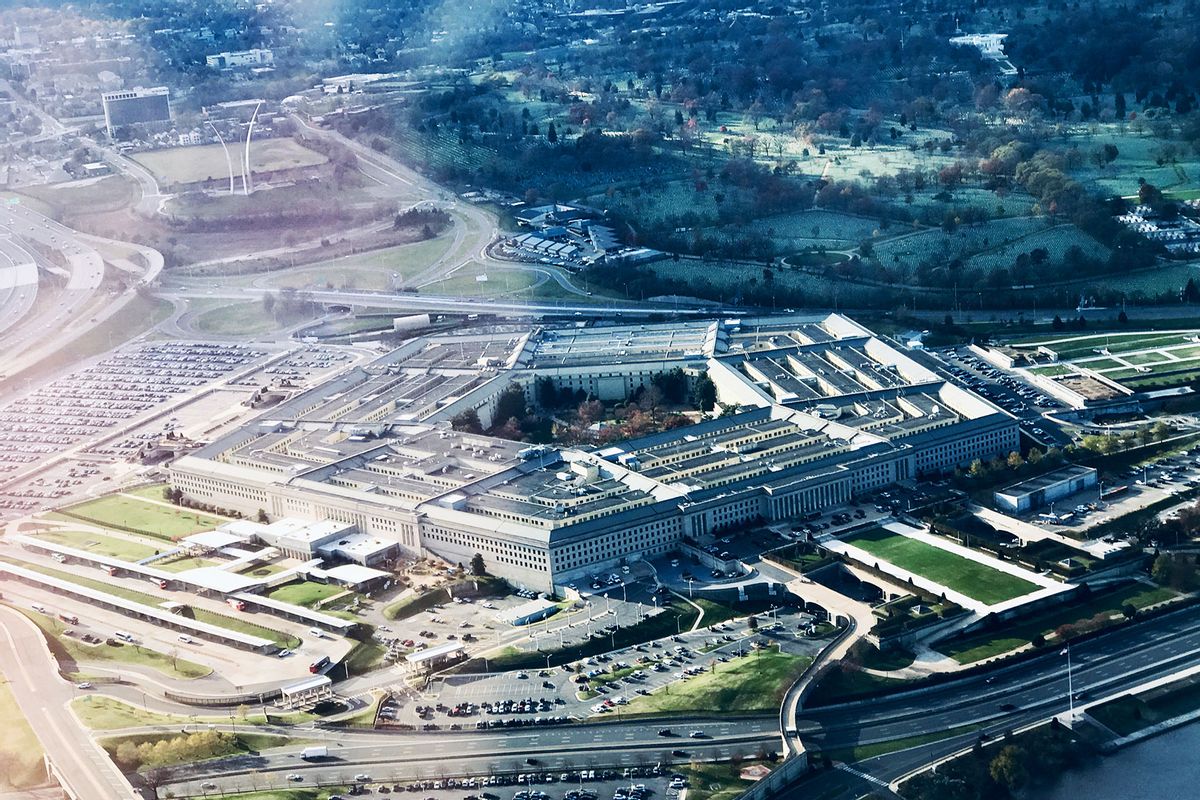 Aerial view of the Department of Defense, the cornerstone of United States defense (Getty Images/Kiyoshi Tanno)
--

For five years, the U.S. Department of Defense ran a program that monitored reports of human encounters with UFOs (unidentified flying objects). Now the release of more than 1,500 pages of documents reveals that the agency compiled bizarre stories of unaccounted pregnancies, radiation burns and even brain damage during a secretive stretch from 2007 to 2012.

First published in the British tabloid The Sun in compliance with a FOIA (Freedom of Information Act) request, the collection of documents was originally created by AATIP (Advanced Aerospace Threat Identification Program). Its existence only became known to the public after former program director Luis Elizondo resigned from the Pentagon in 2017 and released videos of unidentified, fast-moving aircraft. While the U.S. government withheld some of the requested documents in the new release, claiming there were privacy and confidentiality concerns, the materials that were produced are bound to fuel rampant speculation among the large community of UFO conspiracy theorists.

The Pentagon documents state that people who observed unidentified flying objects frequently displayed a cluster of similar physical symptoms: Injuries consistent with exposure to electromagnetic radiation (such as burns), heart ailments, and sleep disturbances. A report speculates that these could be caused by "energy related propulsion systems" and warns that the underlying technology could pose a "threat to United States interests." Additionally, in cases that would not seem out of place in an "X-Files" episode, there were accounts of "apparent abduction" and "unaccounted for pregnancy."

Another document from the cache contains a rubric for categorizing different types of seemingly paranormal experiences. If a person claims to have observed a UFO that had extraterrestrials on board, for instance, they are categorized as "CE3." By contrast, someone who says they encountered "ghosts, yetis, spirits, elves and other mythical/legendary entities" is classified as "AN3."

Other documents describe efforts to communicate with extraterrestrial civilizations, plans for exploring and colonizing deep space, and studying ways to pioneer technology like mind-controlled robots and invisibility cloaks.

The documents also reveal that former Sen. Harry Reid, a Nevada Democrat who served as Senate Majority Leader from 2007 to 2015, fought to learn more about UFO technology that he believed had been acquired by government contractors. One document shows Reid requesting a "restricted special access program" for work being conducted by BLASS (Bigelow Aerospace Advanced Space Studies), which had been awarded a $12 million contract to study "advanced aerospace weapon threats from the present out to 40 years in the future." Although Reid pointed out how BLASS had identified "several highly sensitive, unconventional aerospace technologies" which required "extraordinary protection," he was not allowed to conduct the level of investigation that he wanted.

"The U.S. needs to take a serious, scientific look at this and any potential national security implications. The American people deserve to be informed."

This is not the first time that the public has been made aware of Reid's concerns about UFOs. (Reid passed away in December from pancreatic cancer.) Last year, a lengthy report in The New Yorker revealed that Reid suspected Lockheed Martin, the American aerospace firm, had recovered fragments from a UFO that had crashed in the United States.

"I was told for decades that Lockheed had some of these retrieved materials," he told the magazine at the time. "And I tried to get, as I recall, a classified approval by the Pentagon to have me go look at the stuff. They would not approve that. I don't know what all the numbers were, what kind of classification it was, but they would not give that to me."

Reid also suggested in 2020 that the government knows more about UFOs than has been released to the public, tweeting satisfaction that the Pentagon had allowed the release of footage shot by the U.S. Navy in 2004 and 2015 of "unidentified aerial phenomena." Reid stated that although he was happy with the release of the footage, "it only scratches the surface of research and materials available. The U.S. needs to take a serious, scientific look at this and any potential national security implications. The American people deserve to be informed."

Publicly, serious scientists have no credible evidence that intelligent extraterrestrial life has landed on Earth or made contact with humans. There are, however, occasional space anomalies observed by astronomers that credible scientists believe may hint at extraterrestrial intelligence, or at least warrant further study. The most prominent of these is the passing interstellar object 'Oumuamua, which came from elsewhere in the galaxy and blazed through the solar system in 2017. Avi Loeb, a Harvard astronomy professor, believes that object had many of the signatures we might associate with intelligent life, and may have been some kind of probe constructed by an extraterrestrial civilization.

For more stories on UFOs: