Store bought is fine, sure — but why not make it even better? 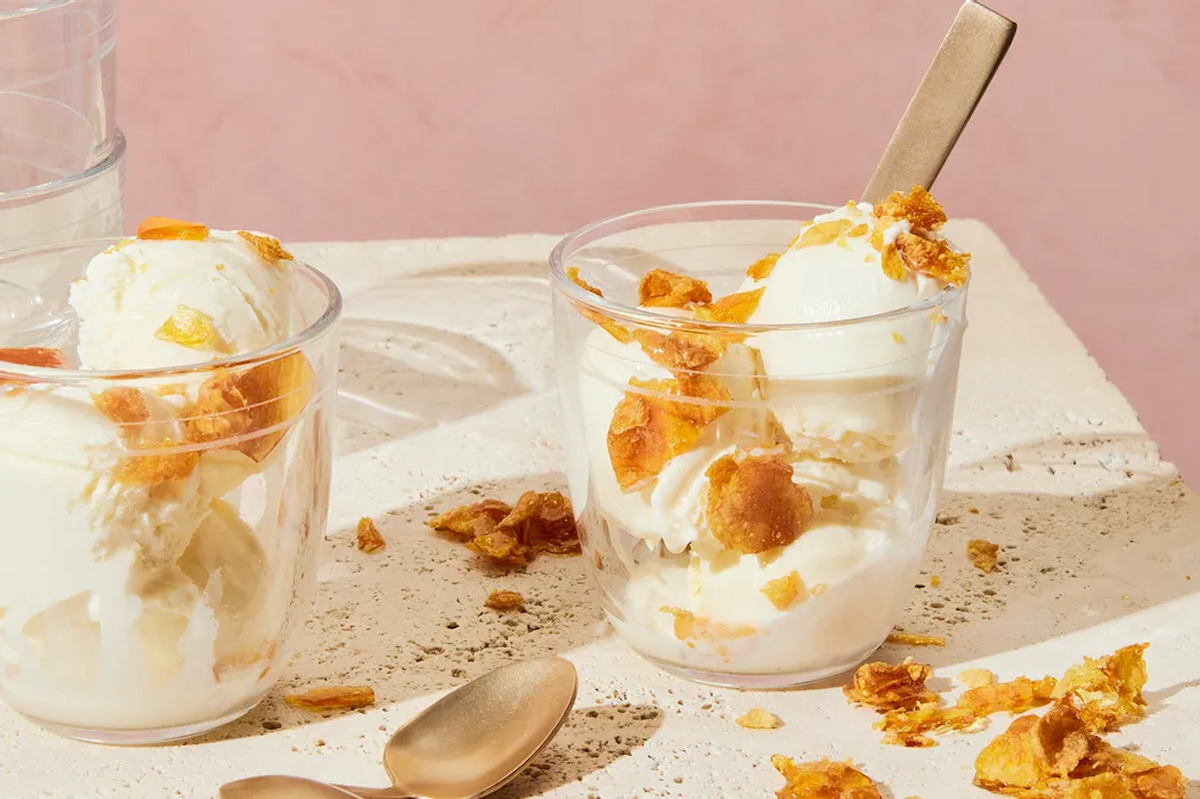 Ina Garten's cooking is always alluring in its simplicity, making it seem like it is easy to be as effortlessly fancy as she is. Part of that is her expertise in knowing exactly which parts of a meal you should spend time on, and which parts can be best assembled from store-bought ingredients.

In a segment this week on the Today Show, she offered a brilliant suggestion: how to gussy up plain ol', store-bought vanilla ice cream and make it into a dinner party-worthy dessert.

She went on to promote her new show, called "Be My Guest," where she invites people over to cook, eat, and chat. She also shared some recipes — as well as some ideas that barely qualify as such because they're so simple. For dessert, she suggests serving a few scoops of vanilla ice cream with limoncello poured over it and biscotti from a bakery tucked into the side.

"Everybody will lose their mind," she claimed. If you ask us, that's a pretty enticing endorsement for something that takes almost no effort.

In the course of serving it, she also declared Taylor Swift the best dinner party guest, saying "She was pretty great. And perhaps more importantly, Ina admitted that she also bought the lasagna she served them for their meal. When asked if the host needs to 'fess up when something they are serving was purchased rather than made from scratch, Ina gives everyone permission to keep your own secret.

All you need to say, the dinner party queen directs, is: "I'm so glad you like it."