In fact, Tennessee is located roughly 1,700 from Mexico and borders Mississippi, Alabama, and Georgia 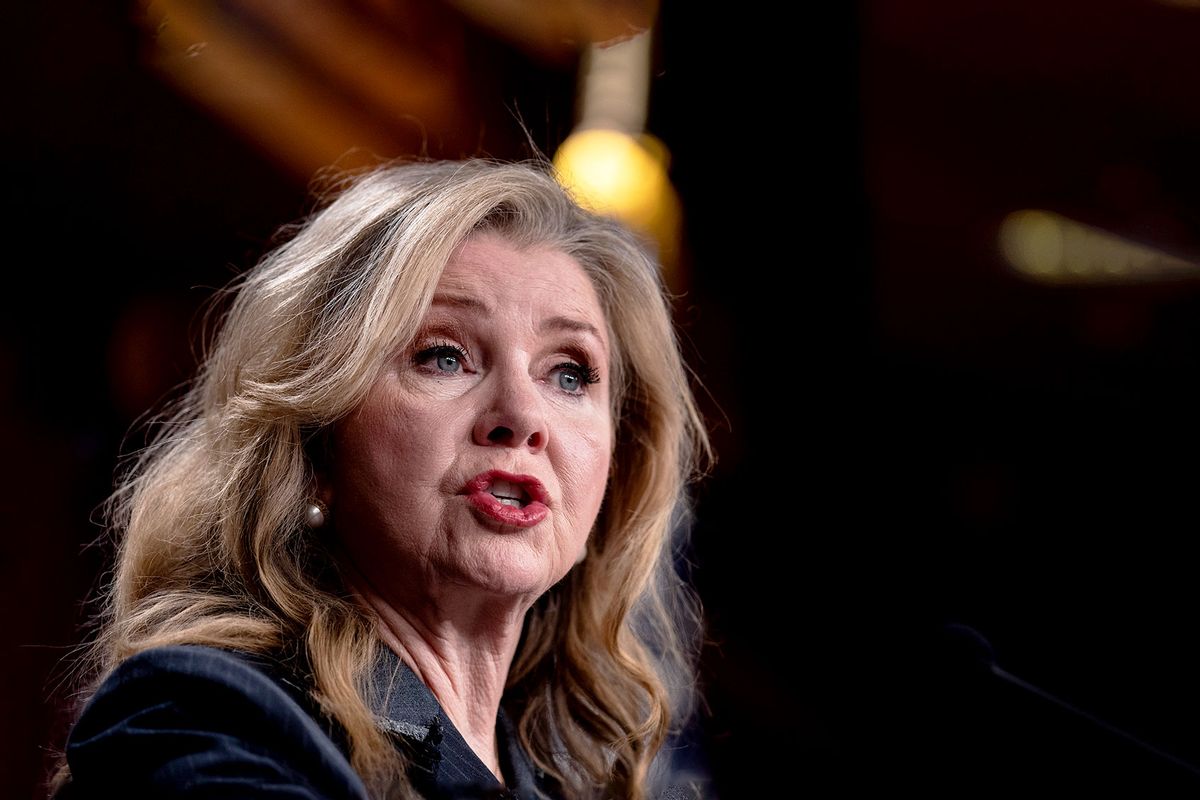 Sen. Marsha Blackburn, R-Tenn., suggested on Monday that Tennessee residents want a "wall" on state's southern border to guard against illegal immigration – even even though Tennessee is not located along the U.S.-Mexico border.

"Tennesseans want a wall on our southern border," the conservative tweeted without any further explanation.

The comment bewildered many critics online, many of whom noted that south Tennessee is bordered by Georgia, Alabama, and Mississippi – none of which border Mexico.

"In Joe Biden's America, people can just cross between Alabama and Tennessee at will!" joked Ian Millhiser, Senior Correspondent at Vox.

Historian Kevin M. Kruse also chimed in, saying that he was "surprised Mississippi, Alabama and Georgia haven't already built one there themselves" given the "sheer amount of stupidity Republicans are pushing on the state."

Blackburn, a stalwart conservative, has been a fierce critic of Biden's immigration policies. Back in August, the Tennessee lawmaker introduced a bill that would defund Amtrak in order to fund Donald Trump's failed border wall. Blackburn has also proposed a measure with Sen. Ted Cruz, R-Tex., designed to preserve Title 42, the Trump-era policy that allowed border patrol agents to mass-expel thousands of migrants over COVID-19 concerns.

Blackburn came under fire recently during the March confirmation hearings of Supreme Court Justice Ketanji Jackson Brown, the first Black woman and former public defender to sit on the bench.

In one exchange, Blackburn demanded that Brown define the word "woman," alluding the recent debates around transgender identity. However, Brown declined to indulge the senator, noting that she's "not a biologist."

Days after the back-and-forth, Blackburn was asked to define the word herself. According to HuffPost, the Tennessee Republican dodged the question three times before answering: "Two X chromosomes."

However, not every person who identifies as a woman has two X chromosomes. And some people, like those with Swyer syndrome, have both an X and a Y chromosome, even though they have biologically female reproductive organs.

RELATED: 6 Republicans who used the Ketanji Brown Jackson hearings to throw out the wildest right-wing meme