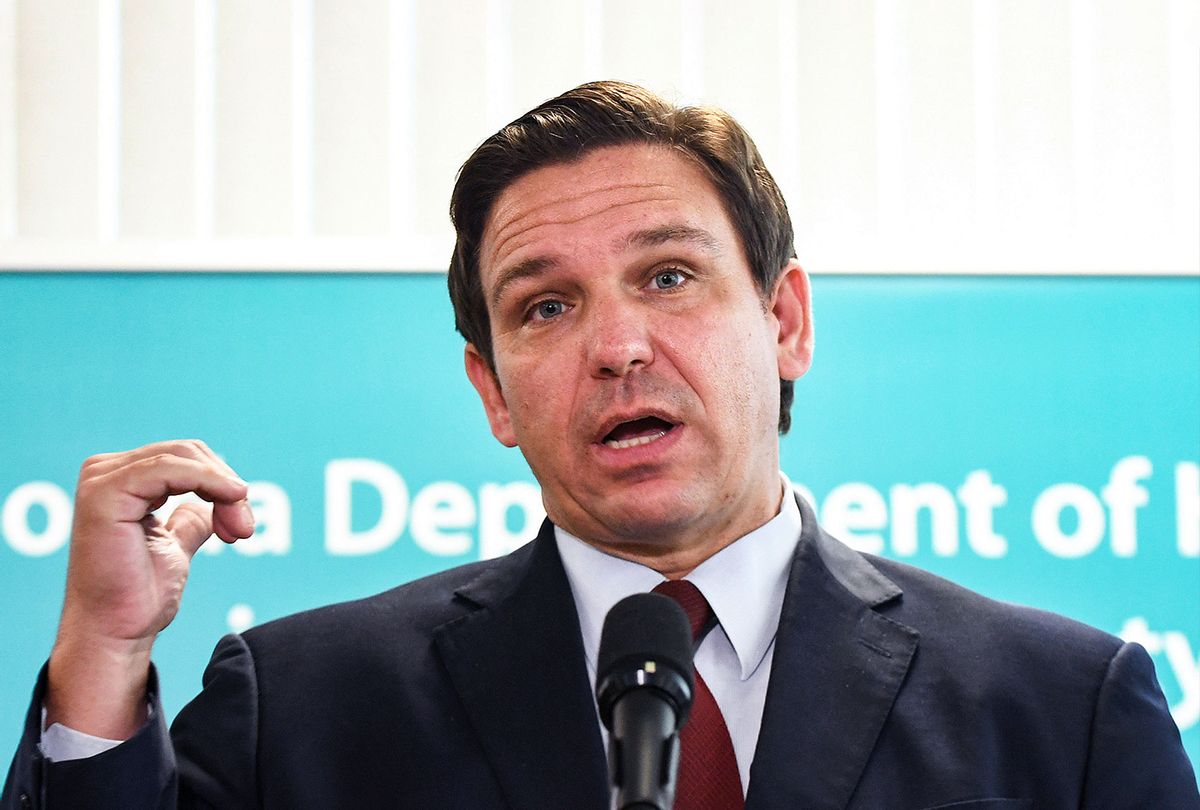 Never Trump conservative and former Republican strategist Rick Wilson has described Florida as a swing state in which Democrats "struggle" — one where Democrats often come within striking distance of Republicans in statewide races but ultimately lose. Partisan gerrymandering stands to make Florida even more difficult for Democrats, and according to The Guardian's Sam Levine, Black voting power is likely to suffer in the Sunshine State thanks to Gov. Ron DeSantis' gerrymandering scheme.

"The Florida legislature will allow Gov. Ron DeSantis to take the lead on redrawing the state's 28 congressional districts — a highly unusual move that will probably diminish Black political power in the state and allow Republicans to further distort the state's map to their advantage," Levine reports in an article published on April 13. "State legislatures, including Florida's, usually draw a proposal for a plan that the governor approves or rejects. DeSantis vetoed the GOP-controlled legislature's proposed congressional districts on 29 March after proposing his own map that would increase the number of GOP seats while eliminating two districts represented by Black Democrats."

The redistricting plan proposed by Republicans in the Florida State Legislature was bad enough for Democrats, but the one DeSantis has in mind, according to Levine, would be even worse.

Levine adds, "DeSantis appears focused on eliminating two congressional districts with sizable non-white populations. One of those is Florida's 5th Congressional District, which stretches from Jacksonville to Tallahassee, is 46% Black and represented by Al Lawson, a Black Democrat. He has also targeted the state's 10th Congressional District, which is majority non-White and is represented by Val Demings, another Black Democrat."

One former GOP strategist who has been critical of the power grab that DeSantis has in mind is Mac Stipanovich, who left the Republican Party after Donald Trump won the 2016 presidential election. Stipanovich believes that Florida Republicans are "prostrating themselves" for DeSantis.

Stipanovich recently told the Washington Post, "The legislature has abdicated its responsibility; the leaders in the Republican Party in the legislature have abandoned all principle. It's just all about maintaining and acquiring power and holding on to (it). What we're witnessing is a mile marker on the road to one-man rule in Florida, at least for the time being."