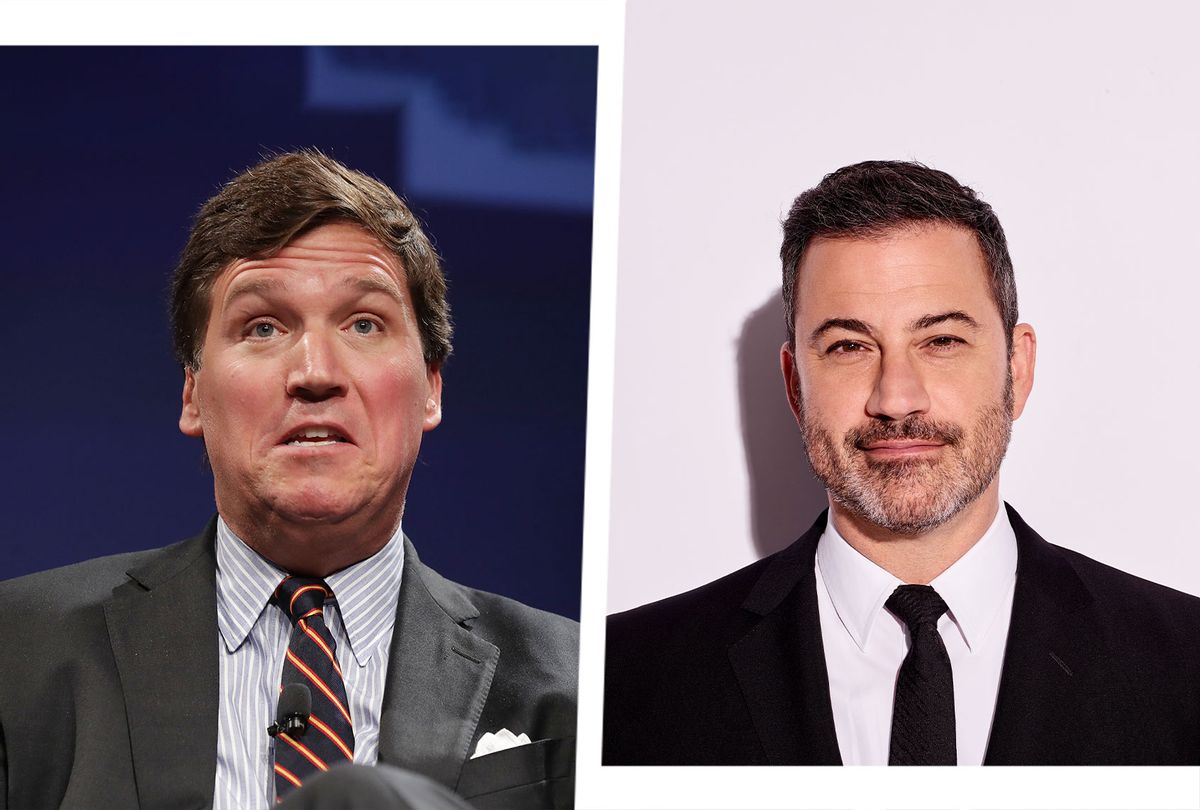 "I think he is vaccinated. Tucker Carlson is the vaccine equivalent of the guy on the Titanic who dressed as a woman to get on the lifeboat first," the ABC host went on.

But Carlon's claim it wasn't the thing that rankled Kimmel, who noted that the Fox News host could be a danger to his own audience.

RELATED: Tucker Carlson brags that he "skipped" getting the COVID vaccine

"The sickest part is his audience is mostly scared and impressionable senior citizens who happen to be the most vulnerable group when it comes to COVID," Kimmel said. "This is like selling Girl Scout cookies outside a diabetes clinic."

"But I'm glad to see the church welcoming prostitutes, as Jesus taught us to do. Especially during this Holy Week," Kimmel joked.

Last week, the Voice of San Diego reported that Carlson told a crowd of San Diego churchgoers that he'd "skipped" getting the COVID-19 shot.

"I've had like a million of them," Carlson said of vaccines in general. But when it comes to the coronavirus jab, the host added, "I skipped the first three."

Prior to then, Carlson had repeatedly rebuffed questions about his vaccination status, calling it a "supervulgar" subject akin to asking someone what their favorite sex position is.

It remains unclear whether Carlson's apparent vaccination status runs counter his network's company policies. Last December, Fox News officially scrapped its routine testing option for employees in its New York-based headquarters, requiring that all staffers get at least one jab by Dec. 27.

Watch below, via ABC: