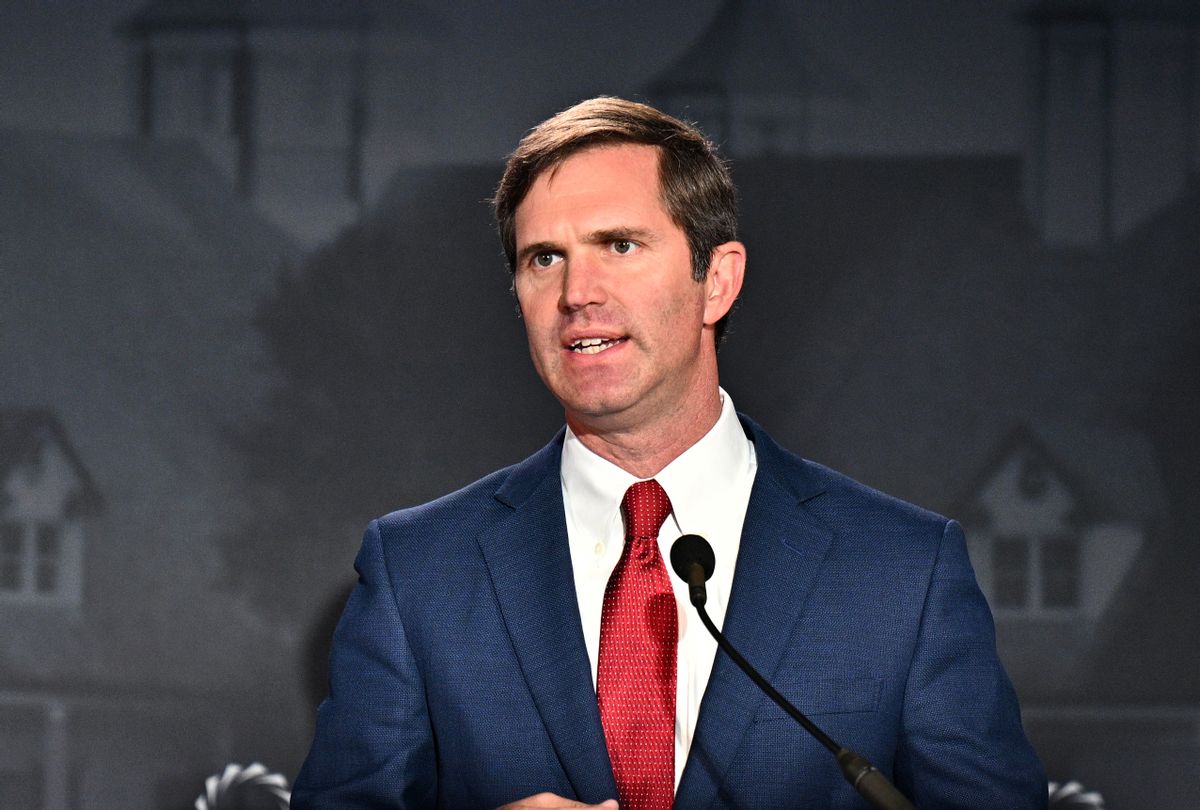 On Wednesday, the Republican-led Kentucky legislature overrode Gov. Andy Beshear's veto of a bill that would ban abortion after fifteen weeks into pregnancy, making Kentucky just about the first state without legal abortion options since 1973.

The far-reaching bill, H.B. 3, includes provisions that ban abortion after fifteen weeks into pregnancy, prohibit abortion pills by mail, raise the legal threshold for minors seeking an abortion, and establish an extensive state system to monitor all abortions in the Bluegrass State, according to The Lexington Herald Reader.

The measure also mandates that fetal remains be cremated or interred and requires that all birth-death or stillbirth certificates be issued after any procedure, according to Reuters.

Opponents have argued that the bill makes the administration of abortions so bureaucratic that it will just about end the practice altogether.

"There's nothing in place for providers to be able to comply [with HB 3's regulations]," Nicole Erwin, a Kentucky-based spokesperson for Planned Parenthood Alliance Advocates, told The 19th. "That's why we would stop providing care. Literally we can't meet the demands this bill would require."

RELATED: Oklahoma Republicans ram through most restrictive abortion ban in the nation

Last Friday, Beshar, vetoed the measure, writing in a letter that "rape and incest are violent crimes. Victims of these crimes should have options."

But on Tuesday, the state House overrode Beshear's veto with a 76-21 vote, sending the vote to the state Senate for final approval. The move came as a crowd of pro-choice demonstrated protested below the House chamber, chanting slogans like "bans off our bodies."

Democratic lawmakers and abortion advocates have widely condemned the bill, opposing it on both moral and constitutional grounds.

"I can hear people outside chanting, 'Bans off our bodies' right now,'" said state Rep. Rachel Roberts, a victim of rape, during a floor speech. "This issue is so important that people showed up today. That should tell you something. I urge you to consider the ramifications of this bill. I urge you to allow this veto. Think of me as a 14-year-old rape victim."

Carrie Flaxman, an attorney with the Planned Parenthood Federation of America, told The 19th that the bill imposes too high of a burden on abortion seekers to be constitutional, saying, "The law is quite clear that the government cannot require action with such consequences without giving people the means to comply."

The bill is likely to be challenged in court by opponents, but that effort could be impacted by the Supreme Court's impending decision on a case around a Mississippi abortion law.