"Sexual assault is criminal behavior and should disqualify anyone from elected leadership," GOP governor says 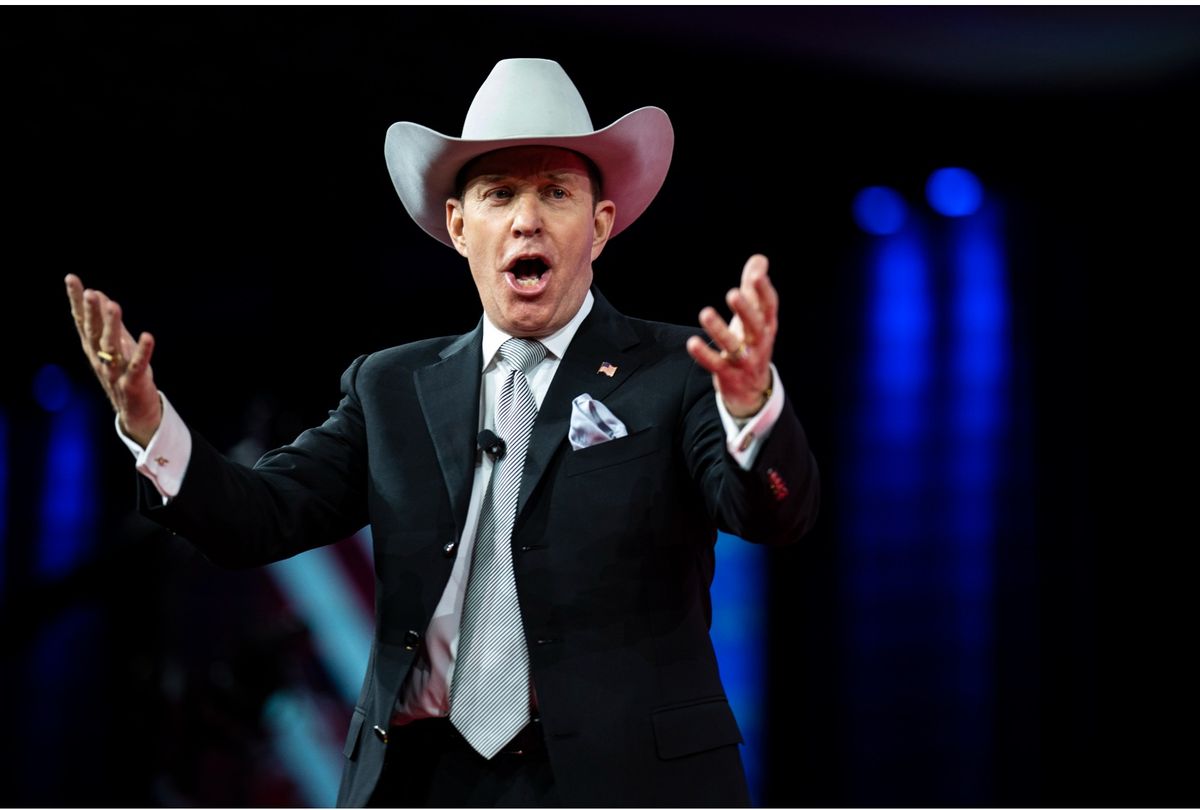 Eight women including a Republican state senator have come forward to accuse Charles Herbster—a front-runner in Nebraska's GOP gubernatorial primary who is endorsed by former President Donald Trump—of sexual assault or other grossly inappropriate behavior, according to a report published Thursday.

The Nebraska Examiner reports Herbster, the CEO of Conklin Company, stands accused by Nebraska state Sen. Julie Slama (R-1) of reaching up her skirt in the middle of a crowded ballroom during the Douglas County Republican Party's annual Elephant Remembers dinner in 2019. Another event attendee told the Examiner that they witnessed the assault; that person and two others also said they saw Herbster grope another woman's buttocks at the dinner.

Responding to the paper's allegations, Slama tweeted a statement affirming that "today's Nebraska Examiner report about Charles Herbster sexually assaulting me in 2019, when I was 22 years old, is true. I indirectly referenced the assault in a February 2022 floor speech in the Legislature and prayed I would never have to relieve this trauma."

"When the Nebraska Examiner contacted me about a witness account of my assault and the seven other women who shared their stories, I was not going to deny the truth," she added. "I am not seeking media attention or any other gain, I simply was not going to lie and say it did not occur. I would request my family's privacy be respected at this difficult time."

According to the Examiner:

Six women... told the Nebraska Examiner that Herbster touched them inappropriately when they were saying hello or goodbye to him, or when they were posing for a photograph by his side. The women said Herbster groped them on their buttocks, outside of their clothes, during political events or beauty pageants.

Each woman said she was grabbed, not inadvertently grazed, by Herbster. A seventh woman said Herbster once cornered her privately and kissed her forcibly. All the incidents occurred between 2017 and this year, according to those involved. The women ranged in age from their late teens to mid-20s at the time of the incidents.

Other than Slama, all of Herbster's accusers spoke to the Examiner on condition of anonymity, with some saying they feared the candidate's wealth and power and others expressing concern for their careers or over how their families and churches would react. Two of the women said they are considering filing police reports.

"Being a conservative Republican woman in politics, you just expect to be treated with respect," one of the women told the Examiner. "To be treated in that way in a public event, in front of everyone, just to prove, I believe, that he could get away with it, and not having recourse, it's terrifying."

"I'm scared for any young women that he would be dealing with in the future," she added. "Don't send your daughters to work for this guy."

The Nebraska Examiner corroborated six of the women's accounts with at least one witness to each incident. The other two women told at least one person about the incident on the same day it occurred. Each witness and confidant confirmed the women's description of what happened.

One witness said he saw Herbster grope a woman during a large conservative gathering and was appalled. The witness, a combat veteran, asked the woman if she wanted him to intervene. She asked him to restrain himself because she didn't want to cause a scene.

A witness to a different incident showed the Examiner a photograph of a young woman posing with a group after meeting Herbster. Herbster's arm is stretched behind the woman, just below her waist. Both the woman and the witness have confirmed that Herbster was grabbing the woman's buttocks at the time.

Herbster is endorsed by Trump—who in 2015 appointed him chair of the White House Agriculture and Rural Advisory Committee—as well as his son, Donald Trump Jr., who joined the candidate on a three-city campaign tour Wednesday. According to recent polling, Herbster is the front-runner in the GOP gubernatorial primary.

"This is beyond horrible," Ricketts said in a statement, adding that Herbster "should beg forgiveness of the women he has preyed upon and seek treatment. Sexual assault is criminal behavior and should disqualify anyone from elected leadership."

The bipartisan group of 13 female state senators said that "this is not a question of politics—it is an issue of character and basic human decency. Charles Herbster's behavior is completely unacceptable for anyone, especially someone seeking a public office of authority and trust. Herbster's actions as outlined by the Nebraska Examiner render him unfit to serve."

For his part, Herbster denied the allegations as "libelous" and "100% false," while blasting the Examiner report as "libelous fake news" by a "leftist news site."

Herbster is the owner and CEO of half a dozen agribusiness and manufacturing companies, including Conklin Company, which bills itself as being "dedicated to having a positive impact on the future of America while building a business to the glory of God."