Are those weird sprouts on your potatoes safe to eat?

Let's talk about those sprouting spuds . . . 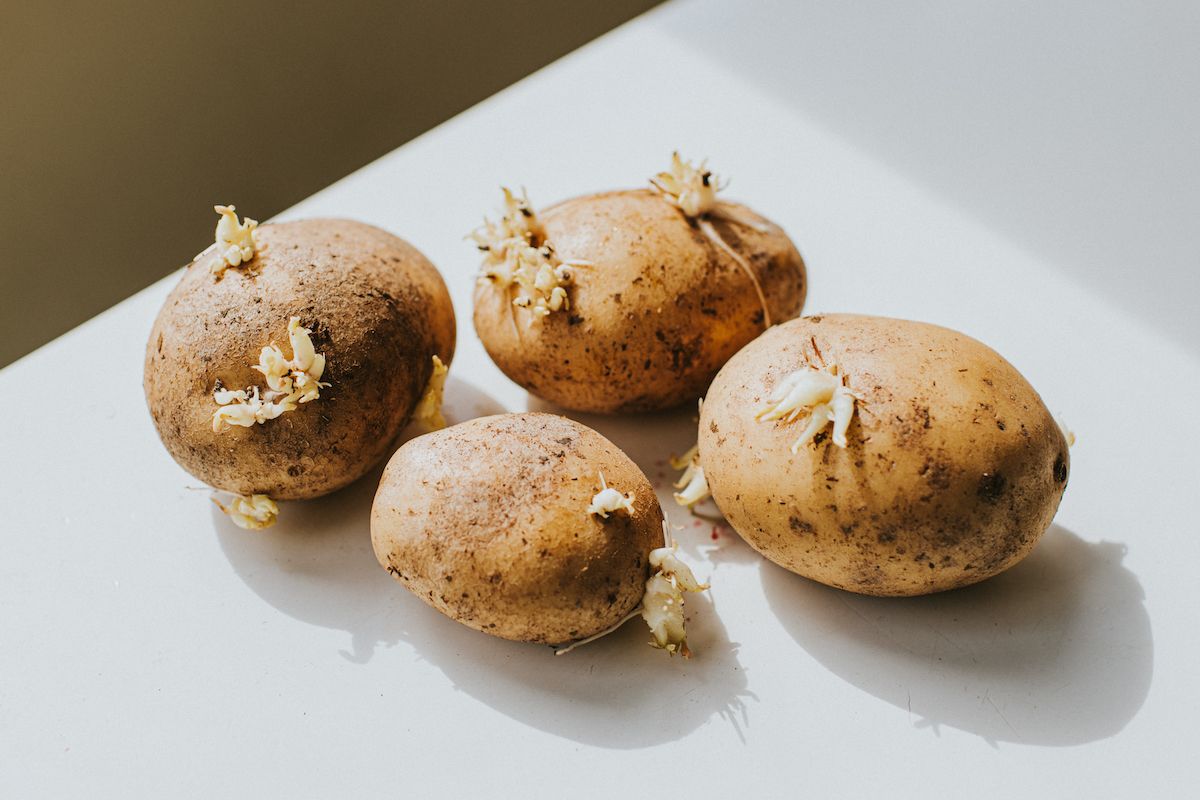 If I tallied the amount of time I've spent staring at potatoes, it would be hours. In that time I could have started to learn a new language, finally finished my stash of pandemic-purchased needlepoint canvases, properly trained for a marathon, perhaps even run said marathon. But instead, I stare at spuds of every color and creed — red potatoes, new potatoes, Yukon golds, baking potatoes, sweet potatoes (or are they yams?), and the large-and-in-charge russet. The problem is, eventually some start to stare back at me. What are those creepy little eyes sprouting chaotically from my potatoes? Should I cut them off? Are they safe to eat?

When potatoes start to sprout, they grow "eyes," which tend to start off as small reddish-white bumps and can quickly turn into centimeters-long growths. But can you actually eat a sprouted potato? In short, yes, as long as you cut the sprouts away. Use a paring knife to remove the entire sprout and the small part of the potato from which it grows. And no, it's not enough to just remove the eyes with a vegetable peeler as I have done time and time again. While it's probably not going to be harmful if you eat a teeny tiny piece of the sprout (I've certainly done it and have lived to tell the tale), the best practice is to remove as much of it as you can. Once the sprout is thoroughly removed from the tater, they'll be entirely safe to mash, roast, or bake, and eat.

I can't imagine that you'd want to eat the large, bulbous sprouts, but if you're considering it, don't. The more sprouts there are on a potato, the less safe it becomes to eat.

So what exactly causes potatoes to grow small sprouts anyway? According to The Irish Times, a publication that I absolutely trust with anything related to potatoes, when the tubers are stored on your countertop or in a pantry, they are tricked into thinking it's springtime. "People tend to have their houses at a temperature of around [68 degrees Fahrenheit], which is the ideal growing temperature for potatoes," explains Jenny McNally, a Dublin-based organic farmer. She explains that sprouting won't change the flavor or structure of the potatoes, but they are unsightly and extreme sprouting may cause consumers to become sick. Spuds, they're just like us: manifesting jean jacket weather no matter the time of year!