Jared Leto pretended to be disabled between takes on "Morbius"

In the Sony film, Leto plays a man with a rare blood disease who goes to extremes for a cure 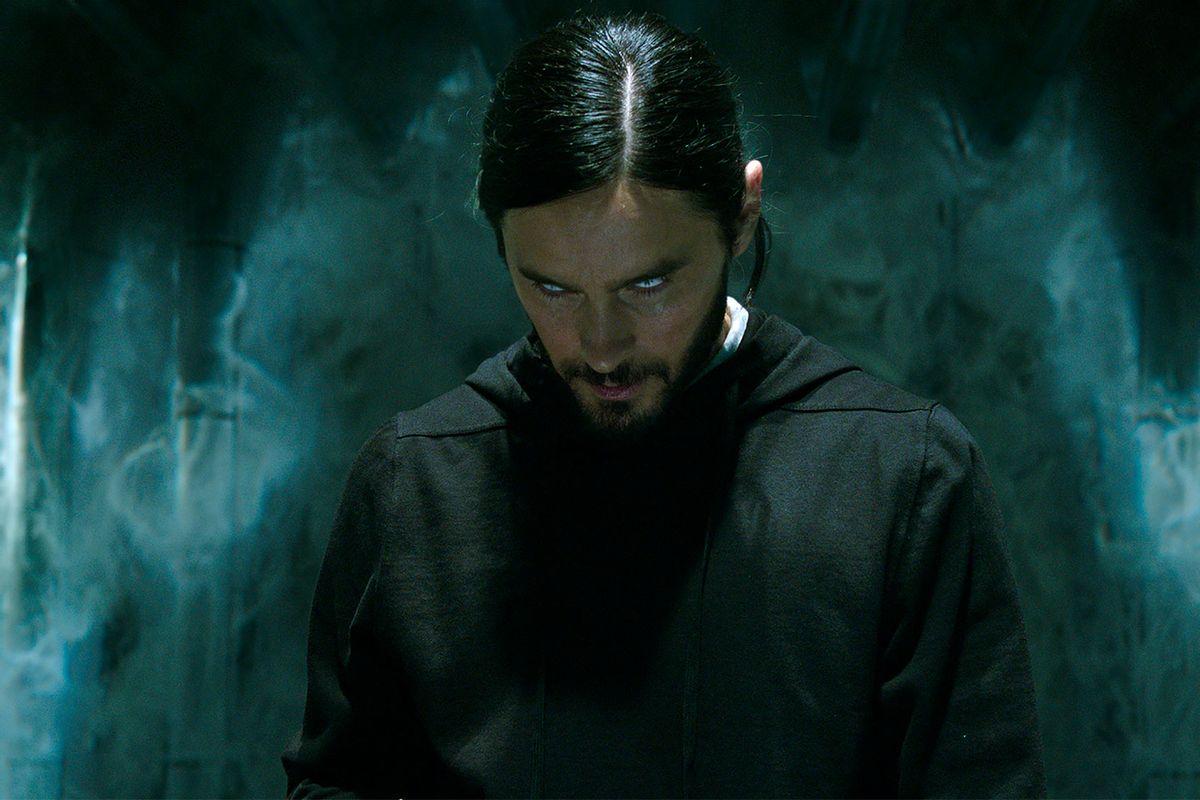 "Morbius" is out now in theaters, and the reviews for the film are less than stellar. Starring Jared Leto as Morbius the Living Vampire, an obscure villain from Spider-Man's rogues' gallery, the film ranges from entertaining to incomprehensible depending on the scene. After being delayed six times (filming ended on the project in 2019) and facing backlash over how its end credits scenes duped moviegoers, we shouldn't be too surprised. The odds were always against "Morbius" and the odds proved right.

Which isn't to say that "Morbius" is all bad; it's actually one of those movies that's so bad it becomes entertaining again. (In our latest episode of the "Take the Black" podcast, I called it "'The Room' of superhero movies.") But there were some genuinely good things to come out of the film, such as the chaotically fun performance of Matt Smith. Jared Leto, who plays Michael Morbius himself, also did a pretty solid job.

Jared Leto pretended to be disabled on the set of "Morbius"

During an interview with Uproxx, "Morbius" director Daniel Espinosa confirmed a rumor that Leto was so committed to inhabiting the lived experience of Dr. Michael Morbius that he used his crutches to get around even off camera. Apparently, Leto went so far as to force himself to use the crutches to limp to the bathroom between takes. Things got to the point where the actor's long trips to the bathroom began slowing down production, so he had to be convinced to allow himself to be brought there in a wheelchair.

"Because I think that what Jared thinks, what Jared believes, is that somehow the pain of those movements, even when he was playing normal Michael Morbius, he needed, because he's been having this pain his whole life," Espinosa said. "Even though, as he's alive and strong, it has to be a difference. Hey, man, it's people's processes."

All of the actors believe in processes. And you, as director, you support whatever makes it as good as you can be. I think it's really mysterious, what they do. Almost all actors, in general, have their own reputation of being an interesting person how he works with their characters. I think that all of them have these traits. If you want a completely normal person that does only things that you understand, then you're in the wrong business. Because what's different is what makes them tick. It's very hard to be able to say, 'I can take this part away and I will still get the same stuff from him.' I don't do that. I'm more to see like, 'Hey, if you're doing this, we have to do this.'

While these types of delays might have frustrated other directors, Espinosa remains in Leto's corner. In another interview with MovieMaker.com, he said that Leto showed up to set acting like "a fully disabled person," and that it would sometimes slow down filming.

It would take him like 20 minutes to come to the front of the camera, because it was so hard [to walk]. This would also create pains in his body, to twist himself like that. But it was for him to remember the pain that the character had.

Part of Espinosa's patience stems from the deep kinship he feels with actors. "I love the craft and I love their dedication. I always feel like they're suicide bombers that explore their emotions, and we are the guys that are dressed in black, hiding and waiting for them to explode. And when they've done that, we have to appreciate that. We have to appreciate the sacrifice that they do."

At what point does method acting become too much of a strain on a production? We can't say, although it's funny to imagine this stuff. Hiring actors with real disabilities requires totally reasonable accommodations to be made, but to have an able-bodied actor make demands that strain a film's crew (who are notoriously overworked in many Hollywood productions) feels a bit off.

Espinosa has been pretty busy these past few weeks promoting the film. Speaking to Insider (via The A.V. Club), he opened up a bit about the difficulties of modern filmmaking, and finding the parts of the work he was proud of amidst the dross.

"When I did my first feature, it was a small movie called 'Babylon Disease,'" Espinosa said. "I remember one day going home on the subway and I had a few drinks so I was a bit drunk. Someone nudged me on the train and said, 'I have to tell you what's wrong with the second scene in your feature,' and I was like, 'Well, okay.'"

The point I'm making is that it's a strange thing to make something that is so public. Look, I have a lot of self-hatred so I have a lot of criticism of my own work. I'm always trying to focus on being better. But I am also proud of what I do. There are parts in all of my movies that I'm really proud of.

At the end of the day, it's important to remember films are made by real people with real feelings. While "Morbius" might be a bit of a hot mess, there's no doubt that a lot of people put a lot of hard work into the thing. It's good that there are parts of the film that Espinosa is proud of and can stand behind, and he deserves a lot of credit for being willing to openly engage with the level of criticism the film is receiving.