"Moon Knight" episode 4 ending explained: Who is the hippo? (Is she a goddess?)

Only two episodes left, and yet so many mysteries are still being introduced 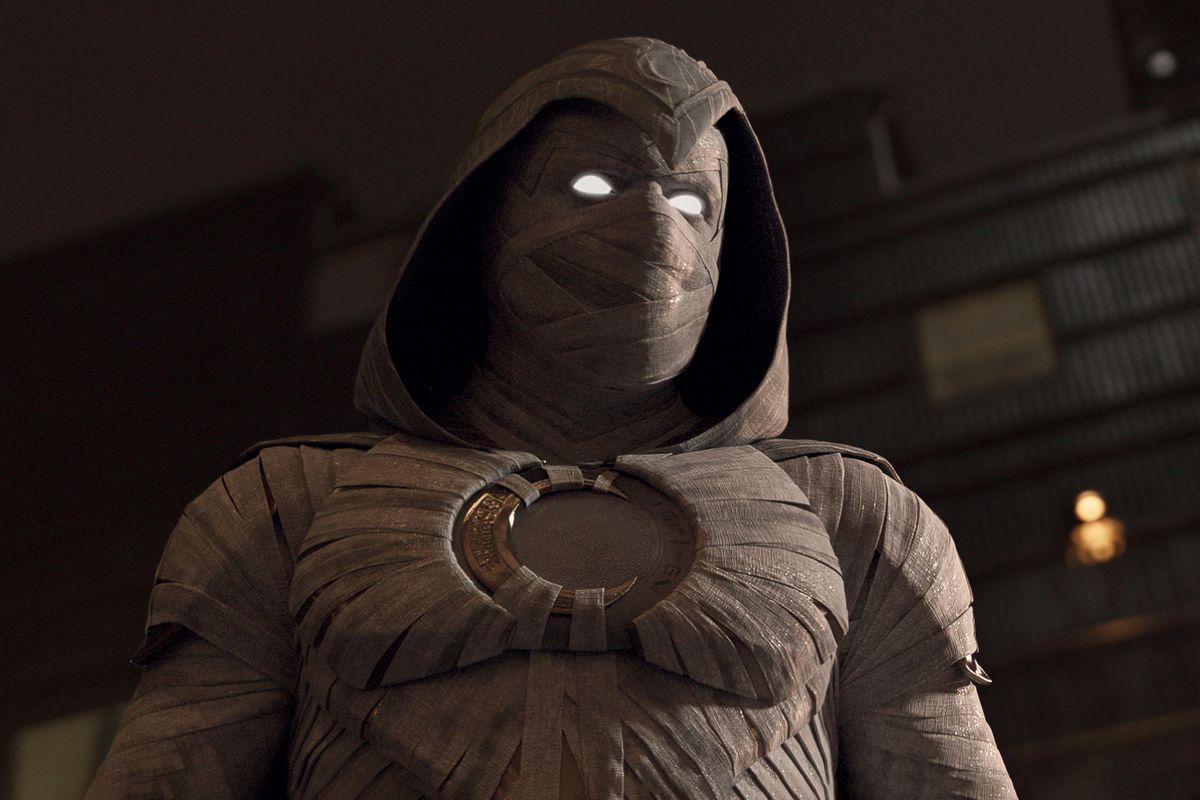 Since "Moon Knight" premiered, the Disney+ Marvel series has taken viewers on quite the roller-coaster ride, but episode 4 "The Tomb" throws the audience for the kind of loop no one could have expected. The majority of the episode is spent on Steven and Layla working together to find Ammit's ushabti.

After sharing a kiss that'll definitely need some unpacking for Layla, Steven, and Marc, the two drop down into what will eventually be revealed as Alexander the Great's final resting place. The emperor was Ammit's final avatar, as such, it's in his tomb that she's been buried. Or rather it's in his gullet.

Steven had to open Alexander's sarcophagus and disturb his remains in order to get to Ammit's ushabti, but he did it. However, it was a short lived victory. While he had been digging in the bowels of one of the world's greatest conquerors, Layla had been combating the Heka priest the two had escaped earlier.

After her fight, she encountered Arthur Harrow who opened her eyes to Marc's involvement in her father's death. Her anger, mixed with the grief and horror of what Marc may have done, took precedence over Steven's discovery of Ammit's ushabti. Layla demanded that she speak to Marc and he took control of his shared body with Steven and told her the truth.

He didn't kill Layla's father, but it was his partner that did it. Marc told her of the man's greed and how he had been shot and left for dead, too. However, it didn't change the fact that he got in a relationship with her, even married her, while knowing this the whole time. When they'd met, Marc had intended to tell her the truth and instead he fell in love with her.

If that wasn't enough of a head trip, Harrow and some of Ammit's followers find the couple before they can talk further. Marc gives Layla the ushabti for safe keeping which was a good idea considering he's shot moments later and falls backward into the water surrounding Alexander's sarcophagus.

When Marc awakens, it's to a psych ward where everything we've seen so far in the show can be explained away as the imagination and delusions conjured by a man in need of psychological care.

While it's clear something strange is going on, it doesn't appear that Marc has been imagining everything that has happened to him in the series thus far. It's toward the end of "The Tomb," that it starts to become clear that Marc may be trapped in his own mind due to outside forces or the injury he's sustained.

After he escapes a therapy session with an alternate Harrow who appears to be his psychologist, Marc scrambles down the hallway until he comes across a room with a sarcophagus. The person in it wants out and when he opens the casket, Steven pops out of it.

For the first time in "Moon Knight," Marc and Steven have the opportunity to interact outside of speaking to one another through reflective surfaces. They're so excited to see each other that they hug. Their joy, however, is short lived as they have to figure out what's going on.

When the two exit the room, and continue their journey down the hallway, they come across another sarcophagus. This one is standing upright and is a fiery red.

Who is in the second sarcophagus in "Moon Knight "episode 4?

"The Tomb" doesn't reveal who is in the second sarcophagus, but it has to be another alter. In episode 3, "The Friendly Type," Marc blacked out during a fight and killed two of Ammit's followers. Steven obviously wasn't in control of the body, and it didn't seem like Khonshu was either.

The moon god didn't mention another alter making an appearance, but it's doubtful that he would. As long as an action furthers his agenda and mission, Khonshu doesn't care how something is done. He's singularly focused on stopping Ammit from being awakened.

The red sarcophagus clearly denotes that whoever the alter is, he's dangerous. We doubt we'll be waiting too much longer to meet him, "Moon Knight" only has two episodes left in its six episode run. The most pressing matter at the end of episode 4, however, is the hippo that Marc and Steven encounter that adds yet another trippy element to "The Tomb."

Who is the hippo at the end of "Moon Knight" episode 4?

The episode ends before we're introduced to her but, judging by her appearance and her garb, it seems the hippo at the end of "The Tomb" is the Egyptian goddess, Tawaret. According to IMDb, she's played by Antonia Salib.

Tawaret, whose name translates to "The Great One," is a protective goddess in ancient Egyptian religion, specifically for mothers and children. Her fierce appearance was thought to ward off malevolent forces and put fear in those that sought to do others harm.

While we've only seen her as a hippo so far in Moon Knight, Tawaret bears the characteristics of a lioness and a crocodile. How she fits into the story being told in the series is unknown, but we expect she'll be an ally to Marc and Steven the same way Hathor and her avatar Yatzil were in "The Friendly Type."