Babies named “Daenerys” shot up 700% after "Game of Thrones" premiered 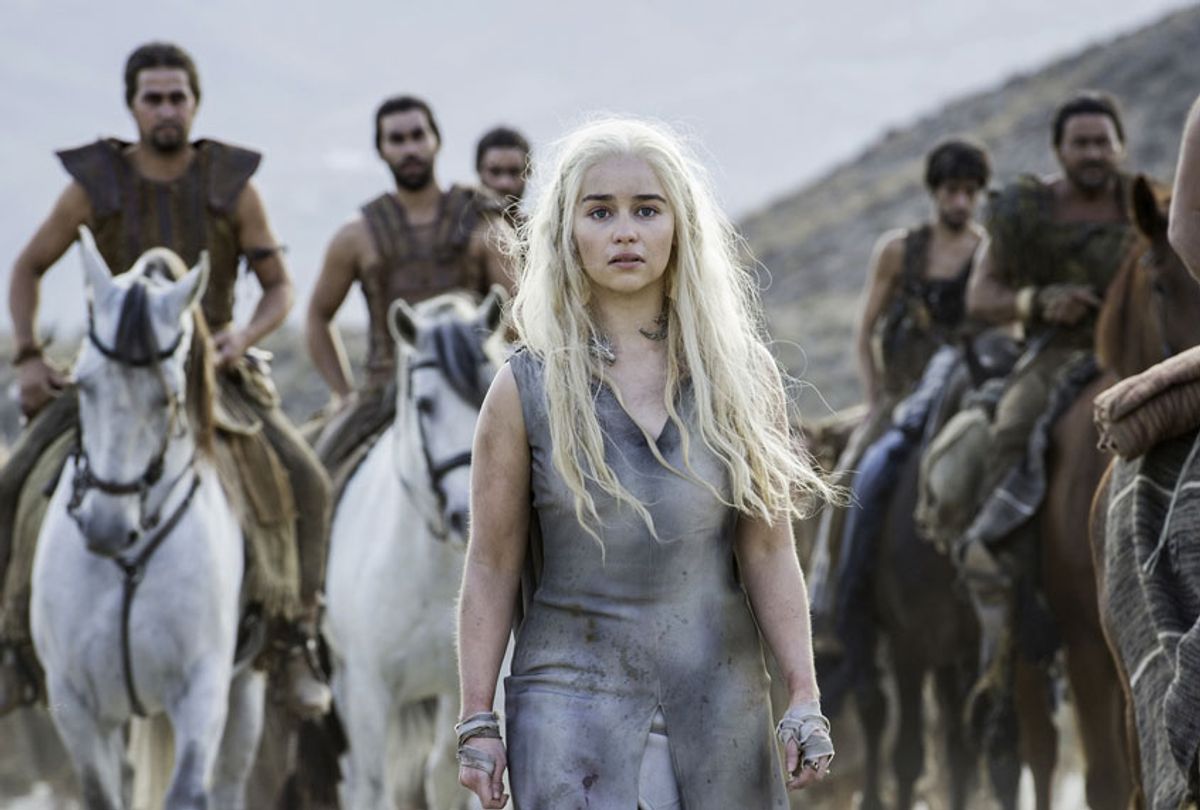 Emilia Clarke in "Game Of Thrones" (Macall B. Polay/courtesy of HBO)
--

Parents have a lot of options when picking out names for a new baby: their parents' names, names from history, names they've just heard and liked . . . and names from pop culture.

What characters from movies and TV shows move the needle the most? Using data from the U.S. Social Security Administration and its baby name popularity index, the fine people at "Organic Baby Formula" put together a little list showing what names had the biggest impact on how parents chose to name their kids.

The methodology is simple: they looked at various popular shows or movies, and then how many kids were named after characters from those shows or movies within a year of release Take a look, and feel free to click on the image to blow it up:

How much do movies and TV shows influence baby names?

And here's the list in text form, just for good measure:

So "Game of Thrones" is one of two series to have two entries on this list, for both Daenerys and Arya. (The other is "Star Wars," with both Leia and Luke).

Mind you, seeing how much more popular a name is over the year before doesn't tell you how popular it is in raw numbers. After "Game of Thrones" premiered in 2011, "Daenerys" may have increased a staggering 700% while "Arya" only went up 172.4%, but I'm willing to bet there are actually more kids named Arya out there than kids named Daenerys, because "Arya" was conceivably a reasonable name even before the show began, whereas pretty much no one named their child "Daenerys" before seeing Emilia Clarke in costume.

HBO is returning to Westeros soon with "House of the Dragon." We'll see soon enough if there's a rush of babies named "Rhaenyra."