Donald Trump can't stop talking about passing a dementia test being proof of his self-professed genius. 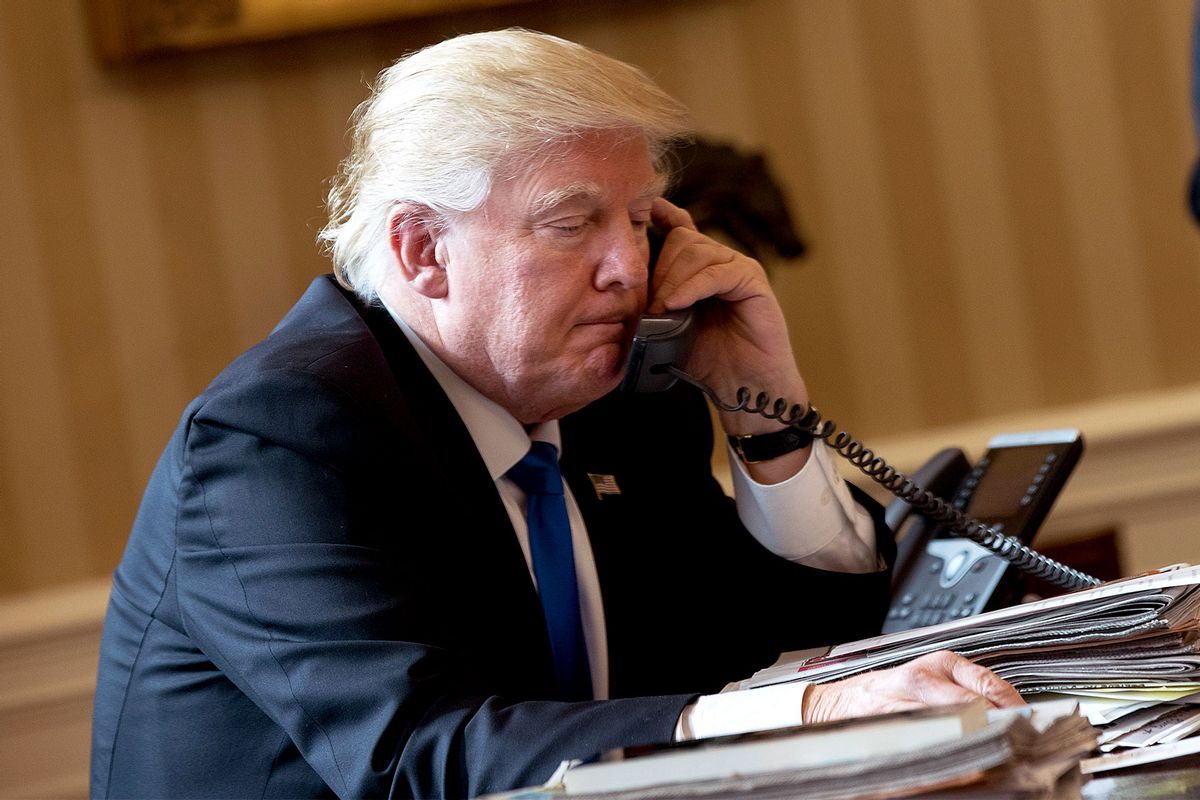 Donald Trump can't stop talking about passing a dementia test being proof of his self-professed genius.

At his rally on Thursday, Trump discussed a cognitive test that was giving to him by Ronnie Jackson, who was then White House doctor and is now a far-right congressman from Texas.

"I said, 'I don't like being called stupid. Is there a test I can take to prove to these radical left maniacs that I'm much smarter than them? Is there a test?' And he said, 'Sir, there is a test. It's called an X test," Trump said at a rally in Ohio.

Trump described it as a test that "gets very tough." It was described differently by The New York Times in 2020.

"The Montreal Cognitive Assessment is meant to test for signs of dementia, Alzheimer's disease or other conditions, but the president talked about it on Fox News on Wednesday night as if he had aced an IQ test proving his intelligence. Experts said that reflected a misunderstanding about the purpose and value of the exam," the newspaper explained.

On Saturday, at the Ohio rally, Trump did not apparently remember those five things, even though his lectern was flanked by two teleprompters.

When Trump retold the story, the five things, they were, "A light. A group of people. Ohio. A fake teleprompter that I never end up using. And the fake news."

When Trump got to the point in the story where he brags about remembering the five items, he repeated neither the initial list nor his Ohio rally version.

The rally came one day after Trump told the right-wing Heritage Foundation, "that's a test that even some geniuses in this room will not do that well on. It's not that easy a test."