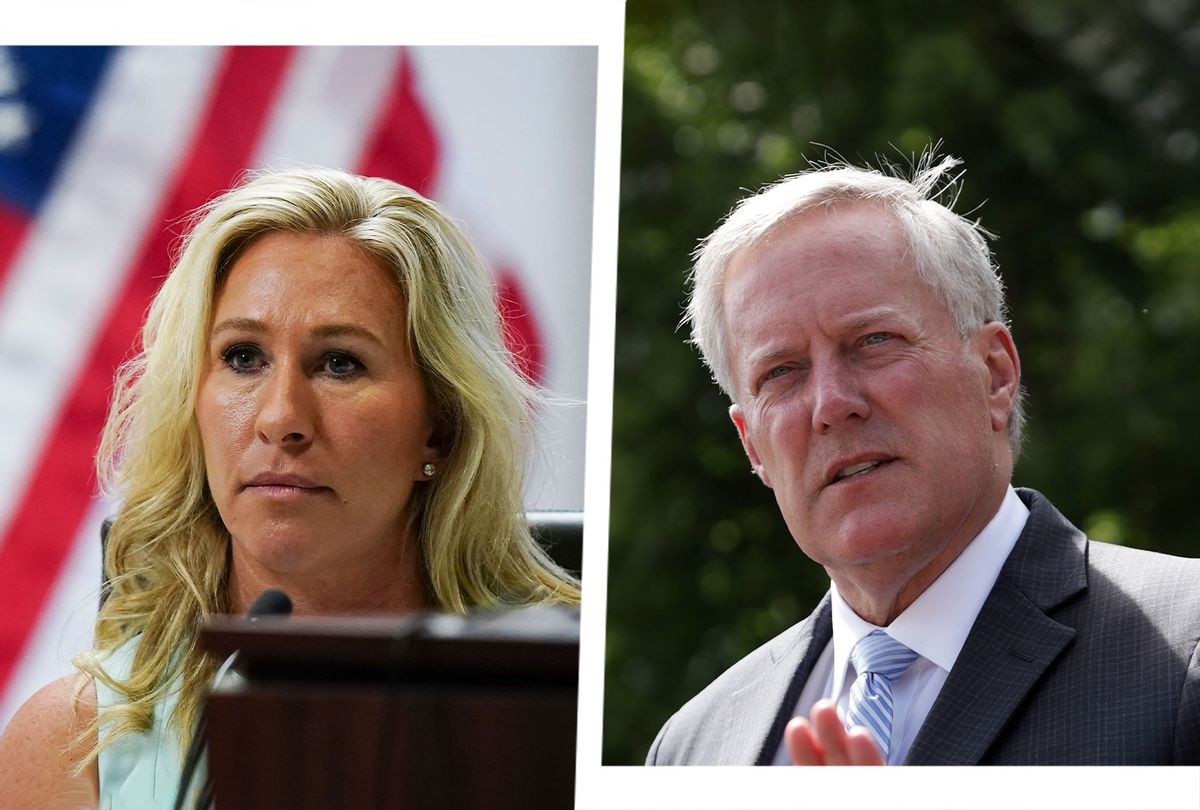 Her plea, first reported by CNN, came January 17, weeks after the Capitol riot, when Greene texted Meadows that she and a number of Republicans felt that declaring a police state was "the only way to save our Republic."

"In our private chat with only Members, several are saying the only way to save our Republic is for Trump to call for Marshall [sic] law," she wrote to him. "I don't know on those things. I just wanted you to tell him. They stole this election. We all know. They will destroy our country next. Please tell him to declassify as much as possible so we can go after Biden and anyone else!"

Meadows reportedly did not respond to the message.

The shocking revelation comes just days after Greene was forced to testify in trial about her actions and rhetoric leading up to the Capitol riot. In one exchange during the proceeding last week, Greene was asked whether she called on Meadows to have Trump declare martial law.

That response was, more or less, carried through the entire proceeding, with Greene claiming that she doesn't remember saying things for which there is documented proof.

In another exchange during the trial, Greene suggested that the January 6 insurrection was orchestrated by Black Lives Matter and Antifa. But according to Monday's newly unearthed texts, Greene privately pleaded with Meadows to have Trump ask the rioters to stand down, indicating that she knew the riot was led by Trump supporters.

"Mark I was just told there is an active shooter on the first floor of the Capitol Please tell the President to calm people This isn't the way to solve anything," Greene wrote at the time.

During the meeting, CNN reported, Flynn also suggested that Trump invoke martial law in order to overturn the 2020 election. But numerous Trump aides reportedly pushed back on the idea, deeming it too extreme.

Hours before the election was called, former Trump Cabinet member and Texas Republican governor Rick Perry texted Meadows: "We have the data driven program that can clearly show where the fraud was committed. This is the silver bullet." Perry has previously denied such participation, but according to CNN, Meadows' trove included "one text message signed by Rick Perry, sent from Rick Perry's cell phone, with Rick Perry's phone number, saying 'This sort of thing is my bag.'"