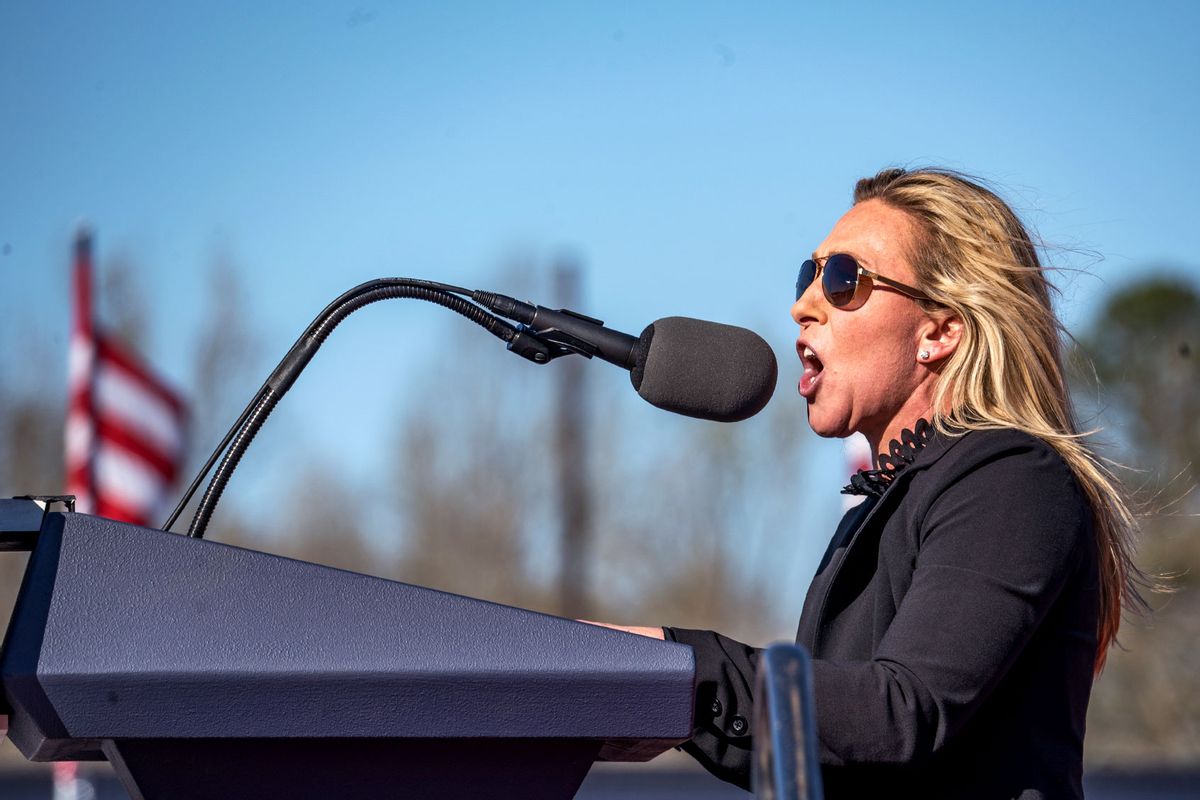 Rep. Marjorie Taylor Greene (R-GA) speaks to supporters of former U.S. President Donald Trump at the Banks County Dragway on March 26, 2022 in Commerce, Georgia. This event is a part of Trump's Save America Tour around the United States. (Megan Varner/Getty Images)
--

On Monday, CNN's Andrew Kaczynski and Em Steck exposed a key false claim made by Rep. Marjorie Taylor Greene, R-Ga., in Friday's civil hearing on her eligibility to run for re-election — specifically, about her relationship with a man who participated in the January 6 attack on the U.S. Capitol.

"Speaking at her hearing, Greene called Anthony Aguero, who CNN's KFile previously reported cheered on and justified the Capitol break-in, 'a distant friend,' and someone whom she had not spent much time with," said the report. "Greene said she was unaware Aguero called Greene one of his closest friends."

"But in past deleted videos, saved by CNN from Greene's time as a political activist, she spoke extensively about her ties to Aguero, repeatedly boasting he was a 'dear, dear,' 'great, great,' and 'best' friend. Greene spoke about the considerable work the pair had done together, saying the two had 'gone to a lot of different events together and do a lot of work together,'" said the report. "Those extensive ties include a trip to the border with Aguero, attending Donald Trump's El Paso rally together, repeated dinners, visiting Washington, DC, together in February 2019, and taking photos at numerous events. Greene said the pair worked on an article together for a conservative publication on her border visit."

As of now, Aguero has not been charged with any crimes related to the January 6 attack.

The hearing, part of litigation arguing that Greene is disqualified from federal office under a post-Civil War anti-insurrection statute, put Greene on the hot seat, with the judge declaring her a hostile witness and her lawyer raising questions of conflict of interest over his working relationship with former President Donald Trump.