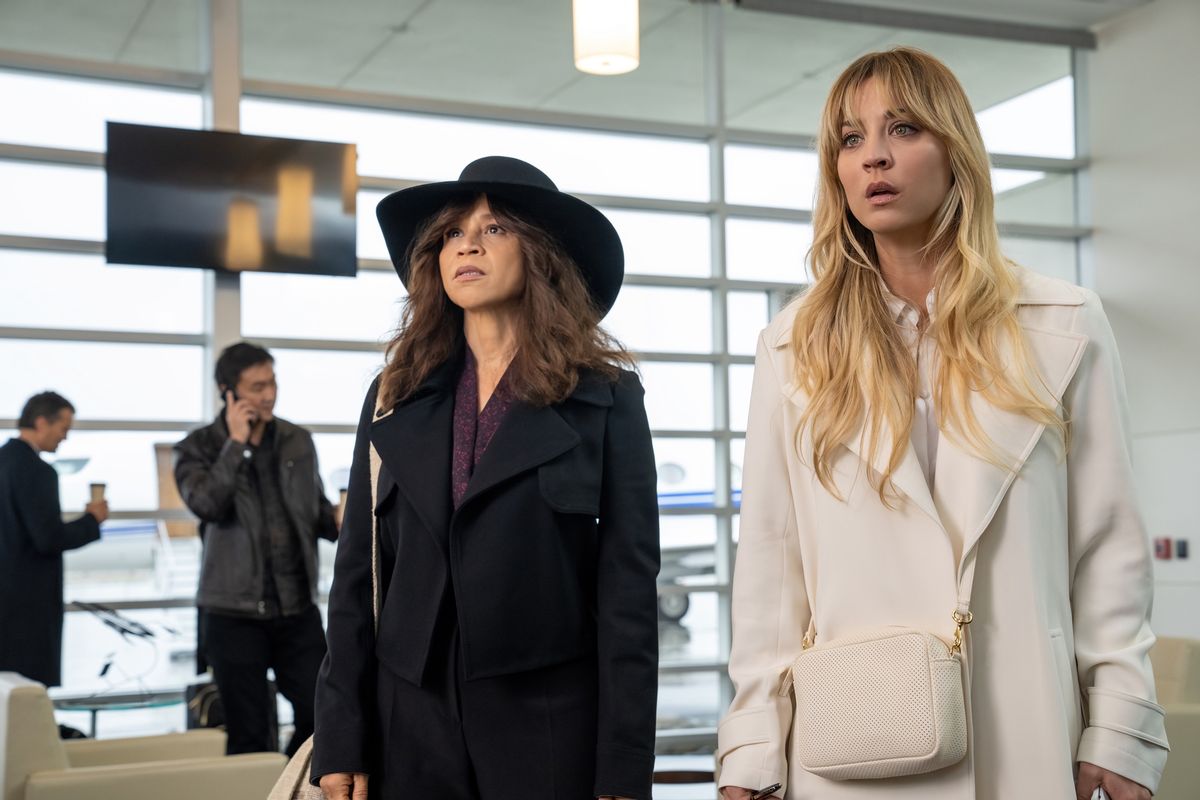 The creative choice to introduce visitations from Cassie's (Kaley Cuoco) messier former selves as a way to both help with exposition in this season of "The Flight Attendant," as well as create a bit of extra conflict for our favorite sky hostess turned CIA asset, felt exciting in the first episode but now, four episodes in, it's starting to feel a bit silly.

Going from a pretty straightforward thriller that put its own fun twist on a comfortable genre with a certain narrative pacing that's proven to work without any extra futzing, and then taking a big swing by diluting the interior and exterior dialogue of the show's main character was a gamble. And, as of now, I'm not confident that gamble is paying off.

It would resonate so much stronger watching present-day Cassie navigate this turmoil without the extra elements popping up to tempt her, Tyler Durden-style. She's plenty tempted as is.

Even a solid year into her sobriety, with a would be/could be healthy relationship to additionally congratulate herself for, Cassie is still plenty messy enough without the assistance of a ghosts of cocktails past peanut gallery. A year is not nearly enough time for an alcoholic to ease up on the panic that they might slip up and drink at any given moment, so we already assume she's jonesing well enough on her own. It would resonate so much stronger watching present-day Cassie navigate this turmoil without the extra elements popping up to tempt her, Tyler Durden-style. She's plenty tempted as is.

In episode three we follow Cassie to Reykjavík to track down Megan (Rosie Perez) who I thought was maybe being held captive by Charlie (Margaret Cho); which would have had so much comedic potential; but it turns out that Charlie's been helping her hide out from a group of North Koreans who've put a 500k bounty on her head.

In order to make it to Reykjavík in the first place Cassie had to ditch her friends Annie (Zosia Mamet) and Max (Deniz Akdeniz), who are in Los Angeles visiting, and also her boyfriend Marco who I'm starting to think has some darker plan in the works because no one is as nice as he appears to be. At least not on this show.

Having been grounded from working for Imperial Atlantic by the CIA after her "mark" exploded in front of her eyes, Cassie needs to take a jump flight to Iceland but is told that she'll have to wait because someone is already in line for the next flight. That someone is "f**king Carol," (Alanna Ubach) a fellow flight attendant with seniority. Cassie makes up a sick grandma story in an effort to get Carol to allow her to take her spot, but Carol could not care less. Persistent, and desperate, Cassie blackmails her for the spot saying she knows that Carol sells "buddy passes" and that everyone calls her "black market Carol" because of it.

"We even made shirts," Cassie says.

While en route to hunt for Megan, who's actively being hunted by a variety of other bad guys including Gabrielle Diaz (Callie Hernandez) and Esteban Diaz (J.J. Soria) – the creepy couple posting up in the hostage situation house across from Cassie's home – Annie and Max are trying to help Cassie while also grappling with their own personal issues. 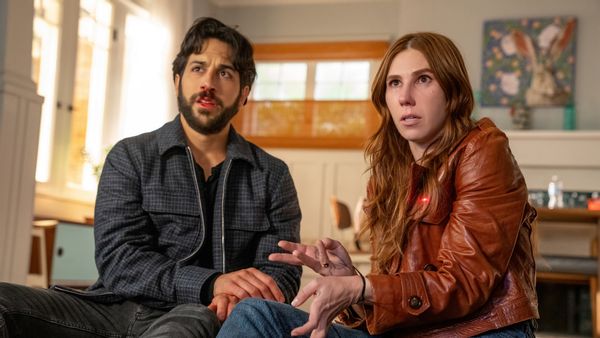 Max wants to start a family with Annie, and gave her an engagement ring to prove it, but she's uncomfortable wearing it and seems on the fence about the whole deal. When Max takes her to meet his parents for the first time she takes off the ring before they go in and, later, it gets stolen by the Diaz's when they break in and torture them in an attempt to find out where Cassie is.

When Cassie finally tracks down Megan, which she does by going into just about every bar in Reykjavík, refusing drink offers at every turn, Megan tells her that she read the emoji chain she sent incorrectly and she was actually supposed to bring the Puffin key-chain elsewhere in Long Island. The key is for a lockbox where Megan is keeping information about the North Koreans and as long as she has this she's in danger, and so is Cassie for being so closely tied to her.

Danger is actually coming for Cassie from all sides because while she's helping Megan, Cassie's blond doppelganger is making further progress in framing her for multiple murders. When Cassie's card is declined at an awkward dinner with Shane (Griffin Matthews) – also on the hunt for Megan – she learns that it was used to buy materials at a hardware store that are later put to use killing and disposing of two more bodies. And these bodies (bad news for Cassie) belong to two CIA handlers that her own handler, Benjamin (Mo McRae) is close with. Paying a visit to Benjamin to give him a long overdue debriefing about Berlin, Cassie finds him drowning his sorrows over the death of the handlers, and the whole scene is too much for her to resist. Tempted by both the bottle of booze at Benjamin's feet, and Benjamin himself, she picks the lesser problematic of the two terrible ideas flooding her mind and jumps into Benjamin's lap. As they go at it we see the version of Cassie wearing Marco's ring toss the ring to the ground and storm off. The possibility of that life with him now a blocked off road.

When we get to episode four Cassie and Megan are both safely back in the states, thanks to Miranda (Michelle Gomez), who manifested in the back room of Blue Sincerely, the bar that Megan was found in, and fought their collective way to the safety of a private jet home. Ah the perks of a former assassin, but this may be Miranda's last ride. She tells Cassie she wants out of the biz, and would prefer to lounge by her pool and avoid getting shot from now on. She leaves Cassie with a little gift to remember her by: mace, a personal alarm, and cold-pressed olive oil that she pressed herself.

Shortly after Cassie and Miranda's moment, we see another goodbye play out. Forced to part with Charlie, who needs to get back to her side hustle of running Blue Fin fishing boat out of Nova Scotia to sell on the black market, Megan thanks her for all her help and is gifted with a gold heart pendant, stacks of "Blue Fin bucks," and some poison mushroom powder, "just in case."

"Who will I dance with now?" Charlie asks Megan in a moment of poignancy.

Since it won't be long until everyone searching for Megan homes in, Cassie takes her to her sponsor Brenda's house in Westwood to hide out for the night, but Megan fights her on it, wanting to return to her family that she's been away from for so long.

"Do not mace Brenda," Cassie warns, finally getting her to agree to stay there while she makes her way back home to Max, Annie, and her boyfriend who is definitely/probably gonna try to kill her soon; given more incentive now that Cassie has all but thrown his heart into the trash by way of her hot and heavy dalliance with Benjamin.

Petition to make "Do not mace Brenda" into "Flight Attendant" merch. I'd buy a sweatshirt with that on it. And maybe a mug too.