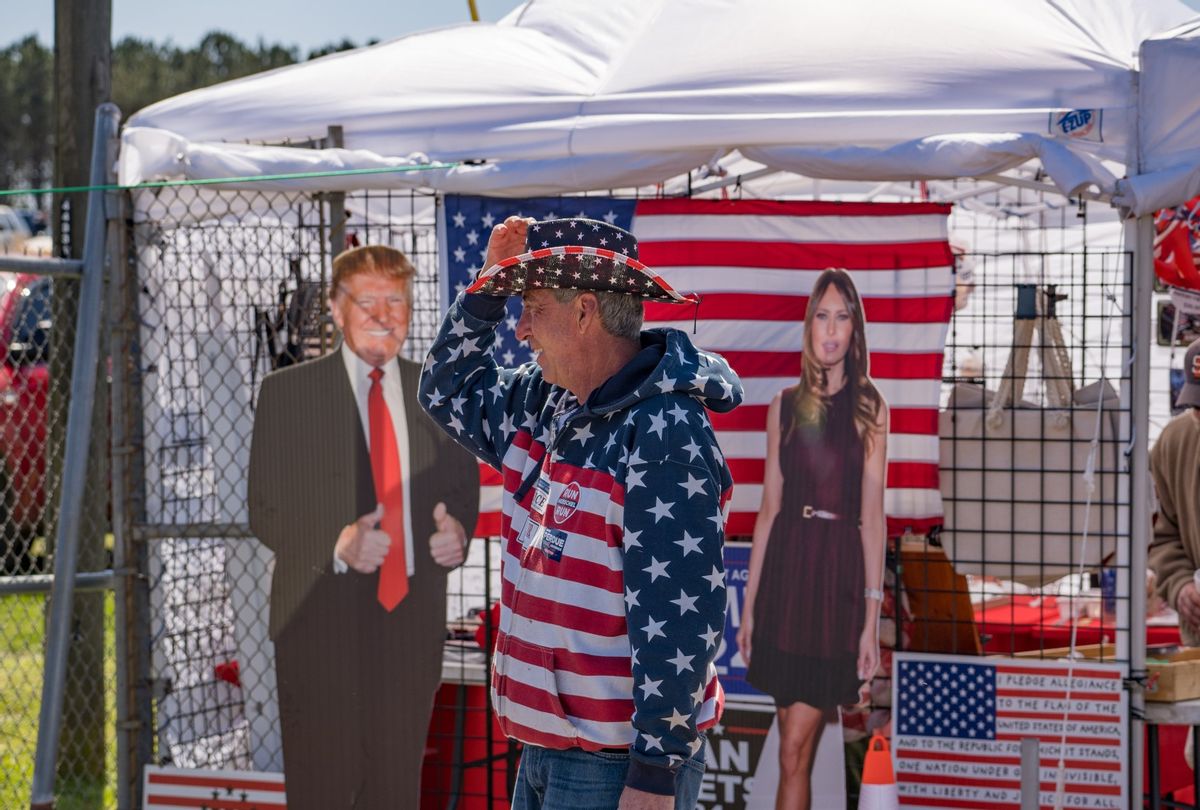 Supporters of former U.S. President Donald Trump wait for a rally at the Banks County Dragway on March 26, 2022 in Commerce, Georgia. This event is a part of Trump's "Save America Rally" around the United States where several current Republican candidates or politicians have been announced to speak at the event. (Photo by Megan Varner/Getty Images)
--

The risk of severe weather canceled a Trump rally in Nebraska that drew a crowd from across the country.

In a statement announcing the postponement, the man who held rallies during a pandemic said that the safety of his supporters was his top priority.

"Thank you to all who waited in line for our Save America Rally tonight in Greenwood, Nebraska. Because of severe weather, including the possibility of 60 mph+ wind, hailstorms, and maybe even tornadoes, I will not be coming to Nebraska tonight, but rather, weather permitting, will be there this Sunday night, May 1st. The most important thing is to keep you safe, and that cannot be done with such a terrible forecast,"

Some Trump supporters have been traveling from rally to rally, touring the country in a manner similar to that made famous by devotees of the Grateful Dead.

"Prior to the postponement, the parking lot was filling up around 8 a.m. on Friday. Walking through the parking lot, you saw plates from Texas, Illinois, Iowa, California and even Canada," KLKN-TV reported.

Right Side Broadcasting Network interviewed a Trump supporter, with a son dressed as Trump, who said they had been to rallies all over the country.

"Even though doors weren't going to open until the evening, many people stood in line all day waiting to get in," WLKN-TV reported. "Even with the high number of people coming in for the rally, many didn't want to lose their spot in line, so businesses were not as busy as anticipated."