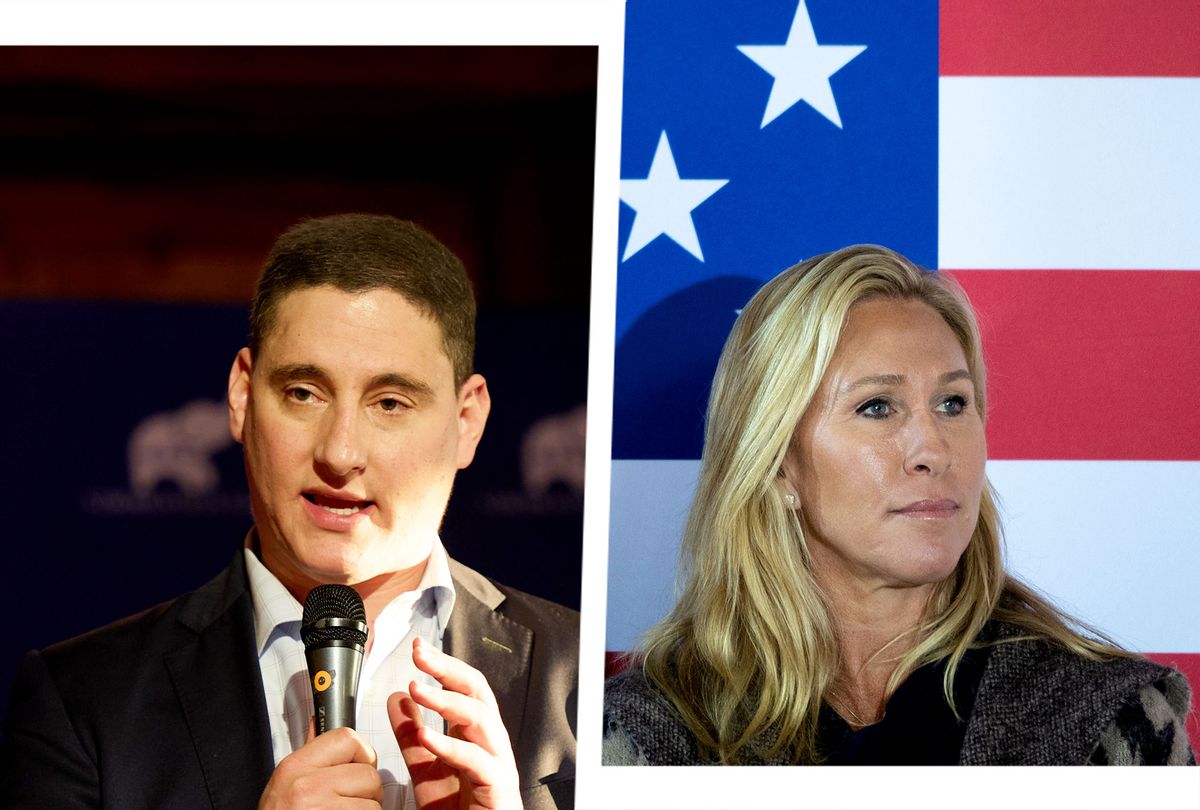 Rep. Marjorie Taylor Greene, R-Ga., on Saturday said that she was tired of Republicans like U.S. Senate candidate Josh Mandel, who "learned to speak MAGA and just repeat it over."

"For Josh Mandel, I didn't see the sincerity there. I didn't see the authenticity. I just saw someone that learned to speak MAGA and just repeat it over and over. I'm tired of those candidates. We don't want those people serving in Congress," she said during a rally in Newark, Ohio. "We don't want those people in Washington. And so that's why I endorsed J.D. [Vance]."

The event was organized as an endorsement of Senate candidate J.D. Vance, one of Mandel's opponents from Ohio, and was attended by Vance himself and Rep. Matt Gaetz, R-Fla., who echoed Greene's remarks.

."I watched the debates and Josh Mandel sort of looks like if you asked Matt Dolan to read talking points written by Jim Jordan," Gaetz said. "All the words are right, but something just doesn't look correct."

The event comes just weeks after Donald Trump gave Vance his formal endorsement, putting to rest months of anticipation over who the former president would support in the state's primary.

"It was my great honor and distinction to endorse J.D. Vance for the U.S. Senate. He will be strong. He will be conservative," Trump said in a statement last month. "He will do what you want and he's not going to let you down. He was a warrior. He was a great student. He loves your state, and that's why I went for him. So on May 3rd, go out and vote for J.D. Vance. He's going to be terrific."

RELATED: Trump pal J.D. Vance says Big Tech data collection should be "illegal" — but set to profit from it

According to an Emerson poll, the author and venture capitalist has the support of 26% of Ohio's primary voters, with Josh Mandel (24%), Matt Dolan (21%), and Mike Gibbons (17%) trailing behind.

Vance has not always been MAGA-friendly despite winning the president's imprimatur – a point that was brought into sharp relief last month when Vance's former roommate, Georgia state Rep. Josh McLaurin, who published an online exchange between the two of them from 2016.

"I go back and forth between thinking Trump is a cynical asshole like Nixon who wouldn't be that bad (and might even prove useful) or that he's America's Hitler," Vance wrote to McLaurin at the time. "How's that for discouraging?"

That same year, Vance wrote in a USA Today column that "Trump's actual policy proposals" are "immoral to absurd." He has also called the former president "reprehensible" in since-deleted tweets.