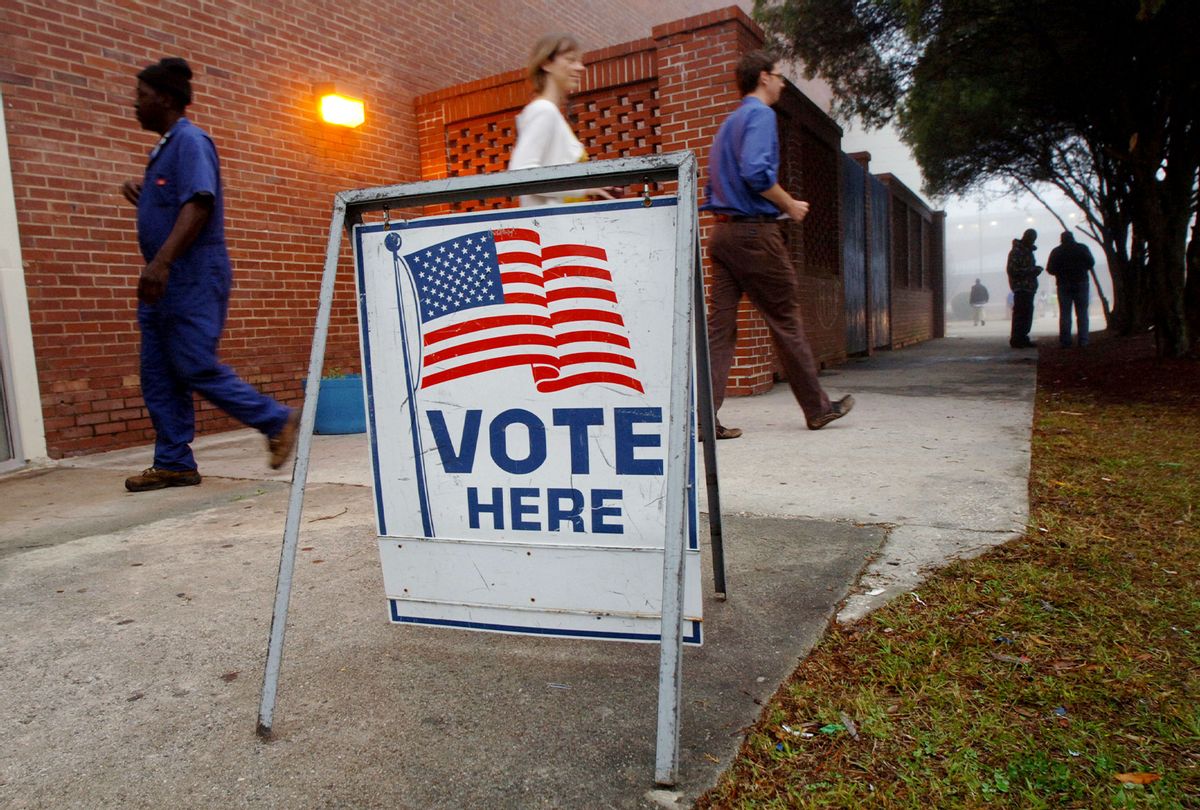 A Democrat scored an upset on Tuesday in a Michigan state House race for the first time in nearly three decades.

Democrat Carol Glanville beat out Republican Robert Regan to represent the state's 74th District, winning roughly 51.7% of the vote, while Regan won only 40%, according to MLive. In 2020, incumbent Republican won Mark Huizenga won the seat by more than 26%. Trump won the district by 16 percentage points.

"West Michigan values of integrity, decency, and care for the common good won tonight," Glanville wrote in a Tuesday tweet. "The people of the 74th District have spoken, and I hear you. We are united in fundamental ways, and I will take our values and concerns to the Capitol to affect positive change."

Glanville, a Walker city commissioner, reportedly benefited from a strong fundraising haul, collecting $54,424 over the course of her campaign and $18,000 just between March 22 and April 17, according to The Detroit News. Regan, by contrast, raised a total of $12,943, most of which was self-funded.

RELATED: Michigan GOP candidate slammed for saying rape victims should "lie back and enjoy it"

In the past, Regan has made numerous headlines over his inflammatory comments about rape, COVID-19, Jews, and the 2020 election.

In May 2021, Regan claimed over social media that "feminism is only applied against white men, because it has absolutely nothing to do with protecting women as a sex or defending the feelings of individual women. It is a Jewish program to degrade and subjugate white men."

And this March, Regan suggested that giving up on efforts to certify the 2020 presidential election is like accepting rape.

"You know that's kind of like having three daughters, and I tell my daughters, well, if rape is inevitable, you should just lie back and enjoy it," Regan said during campaign event. "That's not how we roll. That's not how I won this election."

Regan's comments drew widespread scorn, including from some Republicans in the state legislature.

"Mr. Regan's history of foolish, egregious and offensive comments, including his most recent one are simply beyond the pale," Michigan Republican Party Chair Ron Weiser said back in March.

Glanville won the 74th District's special election, meaning that her term is set to expire on December 31, when new district lines will go into effect. The Democrat has already filed to run for office in the 84th House District this coming fall. Glanville will face opposition from both Regan and Mike Milanowski, a Republican who ran to represent the 74th District.

At present, Republicans hold 55 seats in the state House, while Democrats hold 51. The new House district maps are expected to diminish the electoral advantage Republicans have historically held