From stubborn Akitas to loyal Collies, our stereotypes of dog breeds are all wrong, study says 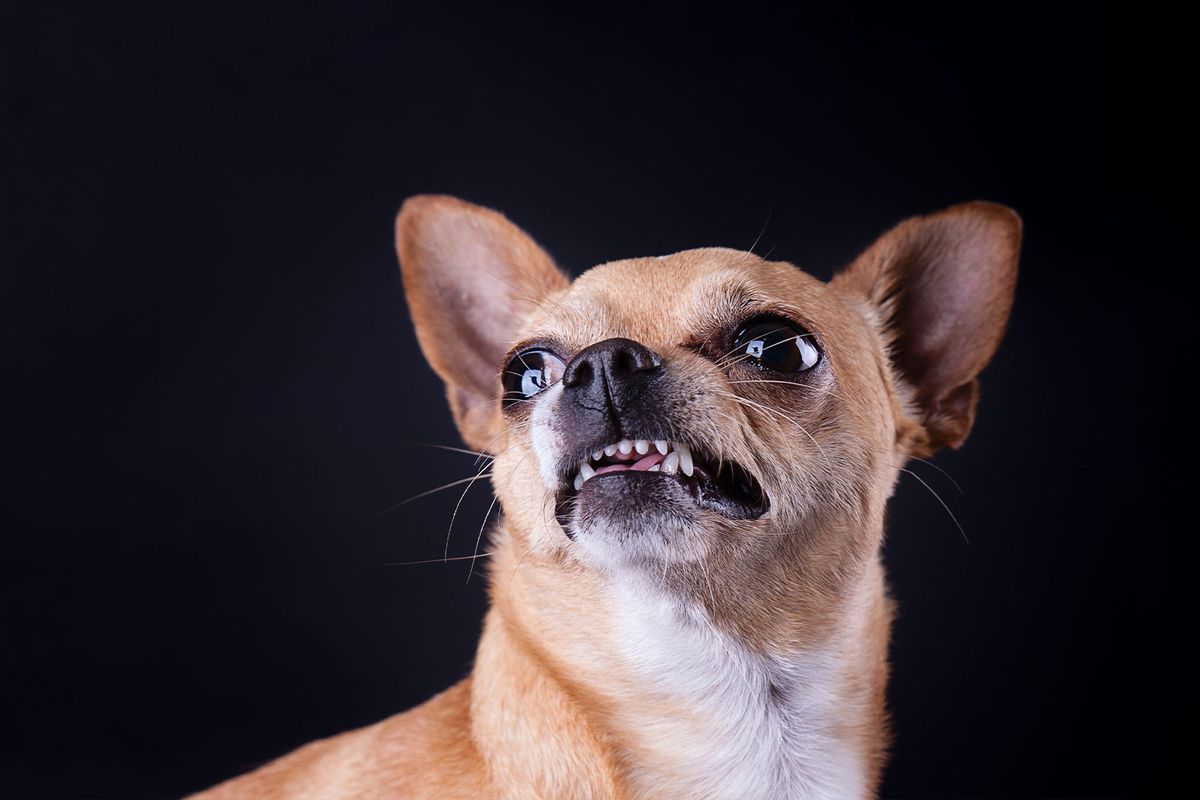 Dogs may be stereotyped as man's best friend, but our collective opinions of different breeds vary widely in terms of friendliness — as well as other personality traits. The American Kennel Club (AKC) describes Chihuahuas as "charming," "graceful," and "sassy." Toy dogs, like those that can fit in a purse, are stereotyped as docile. Pit bulls are often unfairly dismissed as dangerous. Representations in the media have only intensified a myriad of dog stereotypes ranging from hasty generalizations to downright discrimination, but is there any merit to these stigmas?

Perhaps not, a new study published in Science finds. The researchers' study of dog breeds and behavior challenges the assumptions that we have about different breeds' personalities — finding that behavior was "much more variable" among individual dogs, even of the same breed. That suggests that our stereotypes about ankle-biting Chihuahuas and vicious pit bulls may be untrue.

The team of researchers from the University of Massachusetts Medical School collaborated with the International Association of Animal Behavior Consultants Foundation on the sweeping analysis of dog behavior. Around 200,000 answers were then mapped to their standard breeds via genetic correlations from over 2,000 of the subjects. Researchers asserted that while aesthetics of standard breeds don't vary much, individual temperaments most certainly do.

"Although we can't really ask a dog themselves about their problems or thoughts or anxieties, we do know that dogs lead rich emotional lives and experience disorders that manifest in their behavior."

"We do have to accept that our dogs are individuals," Professor Elinor Karlsson, P.h.D. and senior author on the study, emphasized in the briefing. "Each dog is a study of one, and just as with our children, yes, they came from the same parents, but they're not identical. If you have kids that is almost certainly the case, so we do want to accept our dogs for who they are and perhaps help them be more the way we'd like them to be through different means. Some dogs really don't need special attention with extra training and some do."

One critical finding of the Science study suggested aggression, the primary trait of concern in discriminatory legislation, has little to do with breed.

"When we looked at this factor that we called agonistic threshold, which included a lot of questions about whether people's dogs reacted aggressively to things, we weren't seeing an effective breed ancestry," Karlsson said. "From that point of view, [breed-specific legislation] doesn't seem to make a lot of sense to us."

Indeed, the study seems to run counter to the existence of breed-specific legislation that bans certain dog breeds due to stereotypes of their behavior. Over 700 municipalities across the United States have enacted laws banning a cumulative 75 breeds on the basis of perceived aggression, reported the AKC. Setting out to suss out if there is, in fact, any legitimacy to stereotypes more generally, researchers designed the survey to define the tendencies of breeds. Lo and behold little to no genetic evidence actually lends credibility to such breed-specific discrimination, as their findings attest.

"Although we can't really ask a dog themselves about their problems or thoughts or anxieties, we do know that dogs lead rich emotional lives and experience disorders that manifest in their behavior, and certain breeds of dogs — I had heard — tend to carry these disorders more commonly," PhD candidate and first author on the study Kathleen Morrill commented, prefacing results in a briefing.

Acknowledging that the experiences of dog attack victims and dog owners alike may not seem to line up with their findings, Marjie Alonso of the International Association of Animal Behavior Consultants Foundation, a collaborator on the breed stereotype study added that even she was surprised.

A Chihuahua barking simply does not elicit the same prejudice as a Pit Bull exhibiting the same behavior. Whether it is a matter of volume or association with a more consequential bite, the former is shrugged off as sass. Consequently, the AKC ascribes such personality traits to each breed. However, supposed personalities are apparently more bark than bite.

In fact, breed only accounted for about 9% of the variability in behavior data of the 78 breeds analyzed. Some traits like barking and sociability tracked more with breeds. Aggression, on the other hand, was one of the traits least correlated to breed.

Standard breeds are actually a rather novel phenomenon of the 19th century — long enough to select for physical traits, but perhaps not behavioral ones. Modern breeds do, however, exhibit physical traits their ancestors were selected for. Thousands of years spent selectively breeding for hunting, guarding, herding, and other proclivities, postdoc researcher and co-author Kathryn Lord explained in a press briefing, physically molded these populations to their roles.

"If you breed a dog to run really, really fast, be a sprinter, it will end up looking like a greyhound because that is the shape you need to be in order to be a sprinter, so there are physical differences, but what they're actually selecting on is the behavior," Lord elaborated.

Certain tendencies persist, but modern breeds differ in one crucial way from their working ancestors. Their selection had everything to do with form over function — at least when it comes to standards.

Alonso chalked up modern perceptions of stereotypes to breed bias. In fact, breed only accounted for about 9% of the variability in behavior data of the 78 breeds analyzed. Some traits like barking and sociability tracked more with breeds. Aggression, on the other hand, was one of the traits least correlated to breed.

"People are very good at finding patterns," Alonso told reporters in the press briefing. "I think that they find patterns even when there aren't patterns. That's a lot of what people are seeing."

Controlling for breed ancestry, their analysis determined size does not actually matter — for behavior, at least. The study also provides redemption for oft-demonized breeds like pit bulls, who, as commentators have pointed out, are more likely to exhibit bad behavior as a result of negligent owners than because of any breed-specific temperament. Yet breed-specific legislation banning pit bulls is common in municipalities in the United States.

RELATED: Pit bulls used to be considered the perfect "nanny dogs" for children — until the media turned them into monsters

Interestingly, media stereotypes do affect adoption rates of specific breeds. Another 2022 study found a relationship between dog breeds' appearances in movies and their adoption rates. "Movies with dogs portrayed as heroes were followed by significant increases in the number of American Kennel Club breed registrations for the breed shown, while anthropomorphized dogs were followed by significant decreases in the number of dogs registered for up to five years after a movie's release," the researchers of that study, published in Plos One, wrote. In other words, our perception of a breed's innate behavior is heavily tied to media depictions.

Reputedly preferred for illegal dogfighting, pit bulls are represented as synonymous with aggressive dogs simply displaying similar traits. Further, the categorization of pit bulls as "dangerous breeds" does not hold up to scrutiny, according to researchers.

Mixed breeds, or "mutts," actually emerged as the perfect test subject in the Science study, and their "purebred" relatives may owe them a debt of gratitude.

"Among these mutts, you'll find dogs who are naturally shuffled up in their physical appearance, their personality traits, their disease risks, and their DNA," added Morrill. "It's usually difficult-to-near impossible to separate, say, a full-bred Dalmatian and its personality from its spots, but in mutts, it becomes actually possible to split looks from other traits."

Read more about dogs and genes: