Why can't Susan Collins admit that she was wrong about Brett Kavanaugh?

"She let us down” 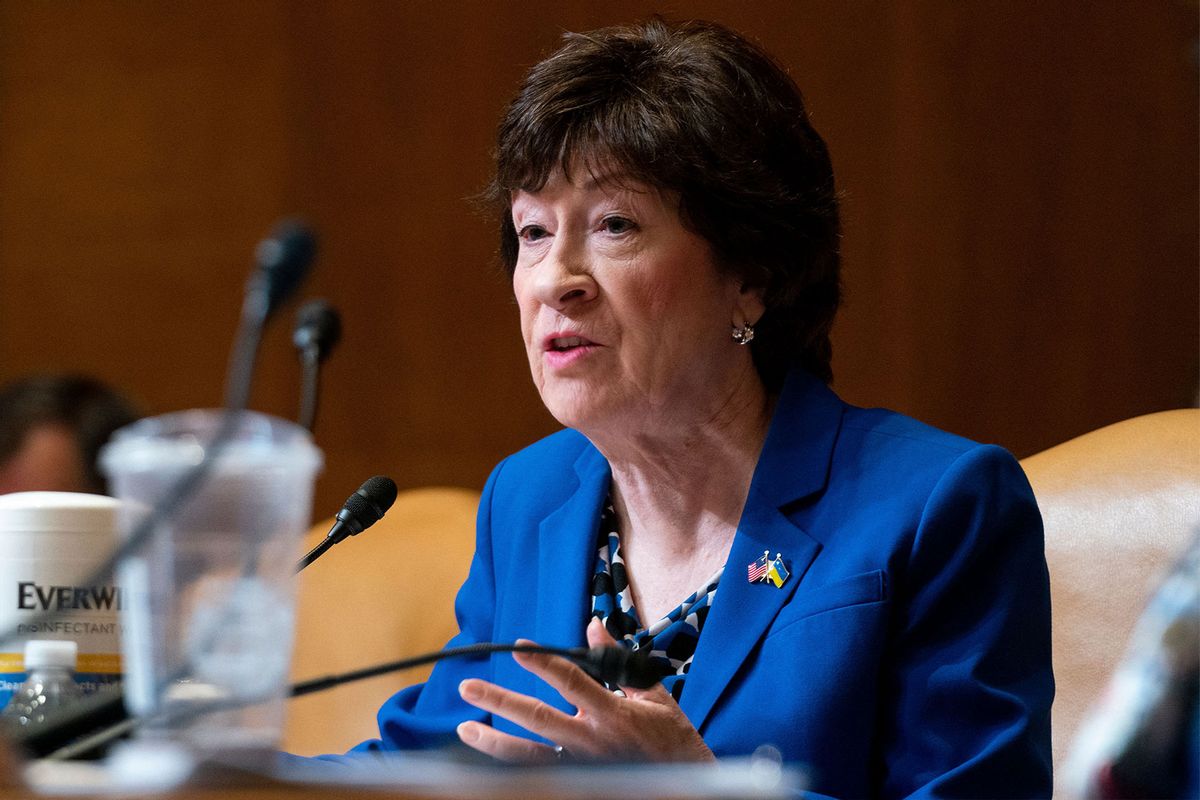 On Monday night, May 2, Politico published some bombshell reporting by journalists Josh Gerstein and Alexander Ward — who revealed that according to a leaked draft opinion by Justice Samuel Alito, the U.S. Supreme Court has decided to fully overturn Roe v. Wade. Alito writes, "Roe was egregiously wrong from the start," declaring "We hold that Roe and (Planned Parenthood v.) Casey must be overruled."

In response to Politico's reporting and the news that legal abortion is almost certain to end in a long list of Republican-controlled states, journalist Eleanor Clift turns her wrath on Sen. Susan Collins of Maine in a scathing op-ed published by the "Daily Beast" early Tuesday morning, May 3. Collins, a moderate conservative who considers herself a staunch defender of abortion rights, infamously claimed, in 2018, that Justice Brett Kavanaugh would not vote to overturn Roe v. Wade if confirmed to the High Court. And Clift slams Collins as hopelessly gullible in her op-ed.

"The one person most responsible for the looming loss of abortion rights — aside from the president who appointed three anti-Roe justices — is Maine Republican Sen. Susan Collins, who in October of 2018, became the 50th and deciding vote in the Senate for Brett Kavanaugh," Clift argues. "He would not have been confirmed if it weren't for Collins, who wanted women to believe, as she did, that he would keep his word to her. He did not."

Clift continues, "Maybe his fingers were crossed because whatever he said to Collins, it was a lie. Kavanaugh's confirmation on a bare 50 to 48 vote was the beginning of the end for Roe v Wade, and everybody knew it except maybe Collins, who insisted Kavanaugh was telling her the truth — that he had such reverence for precedence, what they call stare decisis, which means 'to stand by things decided,' that Roe would be safe in his hands."

When Collins voted to confirm Kavanaugh in 2018, her critics argued that she was unbelievably naïve if she really believed that he would vote against overturning Roe and that stare decisis was sacrosanct to the Donald Trump appointee.

"She was too eager to believe all that fluff about stare decisis, and now, a constitutional right that has been in place for 50 years is about to be shattered on the wing of a promise to her that predictably turned out to be a lie," Clift emphasizes. "Susan Collins told the women of America that they could trust her to protect their reproductive freedom. She let us down."