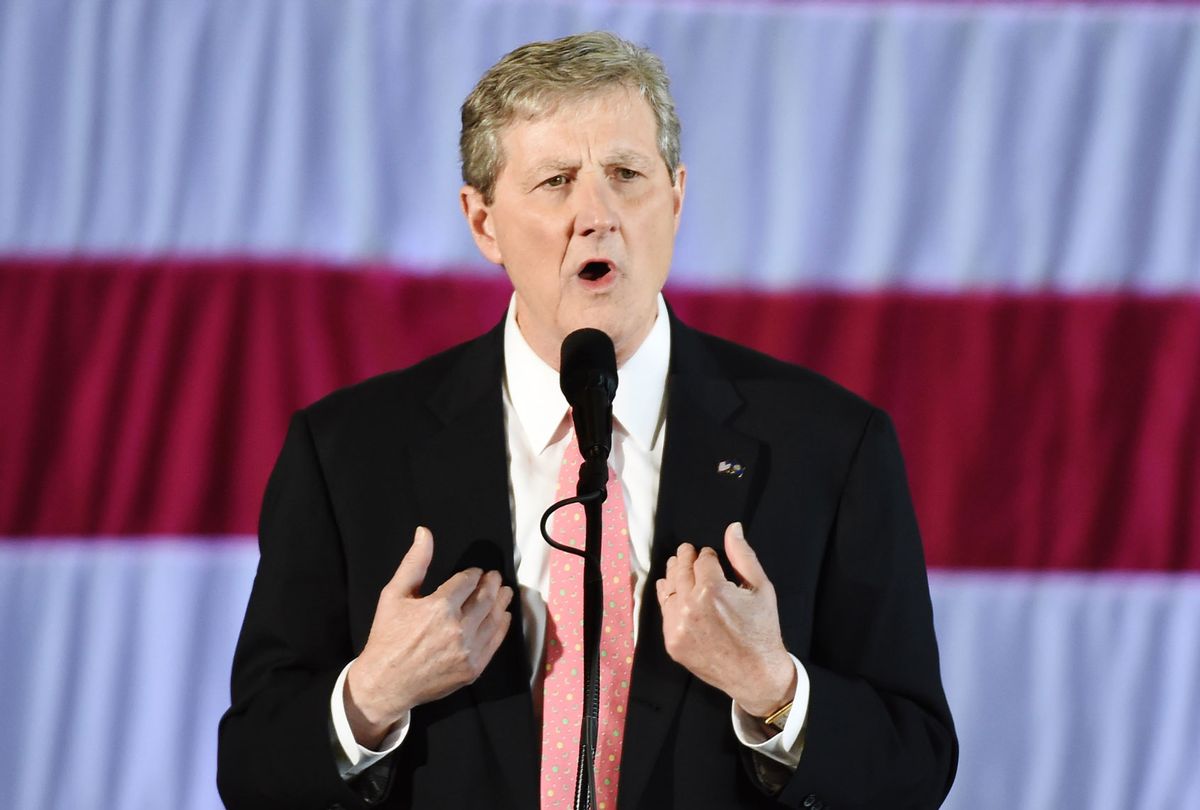 A Republican senator pressed a legal expert to explain ethical responsibilities for U.S. Supreme Court justices, and she turned his arguments against him.

Sen. John Kennedy (R-LA) repeatedly asked Amanda Frost, a law professor at American University and a critic of existing recusal provisions, whether it was improper for then-Senate minority leader Chuck Schumer to put public pressure on the court to uphold abortion rights, which he suggested undermined their integrity.

"Unfortunately, over the last decade, particularly the last five years or so, I have seen the court come under attack from so many different sources," Frost said, before Kennedy interrupted to rephrase his question. "I would certainly not support a senator criticizing the court. It's also a problem when the Senate of the United States will not confirm a nominee for over a year, leaving the court with eight justices."

"It's also a problem when Congress will not amend existing legislation to improve the process of recusal so that all the justices can weigh in on a recusal position," Frost said, "and protect the integrity of that court. All of those are a problem."