Animals, plants have their day in court: "Rights of Nature" makes a legal case for climate change

Can icebergs sue fossil fuel companies? Can an ocean file a lawsuit over acidification? 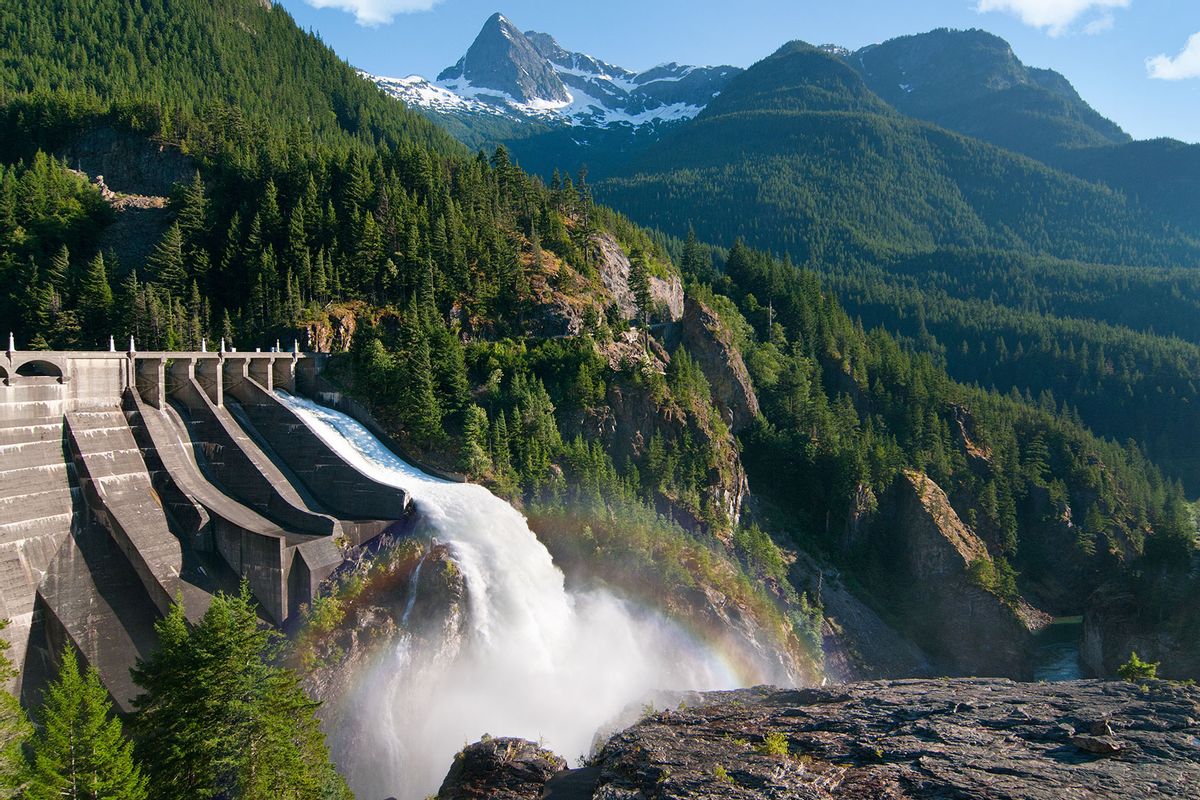 The Diablo, Gorge, and Ross dams cut through the Skagit River in Northwest Washington State, slicing the running water into three man-made lakes surrounded by the mountains of the North Cascades National Park. Despite the pristine surroundings, the three hydroelectric dams have recently ignited controversy over their impact on the river's salmon. The dams have directly decreased the salmon population over the years and the fish have had enough. They're taking Seattle to court.

In the case Salmon vs. Seattle, the Sauk-Suiattle Tribe is seeking legal action against the municipality on behalf of the salmon population. Sauk-Suiattle had previously attempted other legal maneuvers to improve the salmon's plight. They filed a lawsuit claiming Seattle was greenwashing by labeling the dams the "nation's greenest utility," despite contradicting evidence. They also attempted to file for legal reparations on the grounds the city disregarded state and federal laws in not providing the fish passages through the dams. Neither of these proved effective, so the Indigenous tribe decided to speak for the fish themselves, claiming the dams violated the population's fundamental right to thrive.

Salmon vs. Seattle relies on the legal theory "Rights of Nature," which states ecosystems like rivers, lakes, trees, animals, and mountains, have the same legal rights as human beings. Legal theorists have proposed nature should be granted legal rights of personhood like how entities that can't speak for themselves like states, infants, municipalities, universities, and corporations receive legal representation in court.

The rights of nature theory, and the growing movement to bring it into the legal mainstream, has been used to gain environmental protections for nature around the world to varying degrees of success.

The Rights of Nature theory, and the growing movement to bring it into the legal mainstream, has been used to gain environmental protections for nature around the world to varying degrees of success. In 2008, Ecuador was the first country to recognize the Rights of Nature, referred by Ecuadorians as the Rights of Pachamama (Mother Earth). Since then, the grizzly bear has gained a legal right to a healthy ecosystem; industrial aerial pesticide can't be sprayed in Oregon; Costa Rican pollinators, trees and native plants are considered citizens; and nobody can tell the Magpie River in Canada what to do without serious repercussions.

Despite the uptick of legal successes, for every successful case there seems to be one that flopped. Toledo, Ohio adopted the Lake Erie Bill of Rights in 2019 which gave the lake its own rights, but a federal judge ruled it invalid in 2020 because the law was "unconstitutionally vague."

RELATED: The battle for the rights of nature heats up in the Great Lakes

Plaintiffs in a 2020 Argentine case, Asociación Civil por la Justicia Ambiental v. Province of Entre Ríos, sued the government over failed environmental protections for the Paraná Delta wetlands and fought to establish the ecosystem as essential for mitigating climate change. The case is pending.

Organizations and youth groups around the world have taken legal action against states and federal governments over climate change. In 2015, a climate organization Earth Guardians and 21 youth representatives, filed Julianna vs. United States. The climate lawsuit claimed the government's affirmative action in enabling climate change violated the youngest generation's constitutional rights to life, liberty, and property. The lawsuit was dismissed in 2020. Settlement talks between Juliana youth and the Department of Justice ended in 2021 without resolution, though the case is still ongoing.

Rights of Nature should be used in more climate change lawsuits as it continues to gain ground for environmental protections around the world. More cases that utilize Rights of Nature would place nature as legally equal to human beings. If we regarded nature as an equal citizen, perhaps we would be more likely to pass essential conservation laws that benefit the health of our planet. It could also go a long way in restructuring our existing relationship with nature that often fails to recognize nature's inherent right to carry out its own life cycles.

Plus, if we did get an iceberg in court, it might have a lot to say.

Editor's note: This story was updated at 5:41PM PT on May 12 to add additional clarifying details about the Julianna vs. United States case.

Read more on the history of rights of nature: