Sanders speaks out against law-breaking corporations

"No government," said the Vermont senator, "should be handing out corporate welfare to union busters" 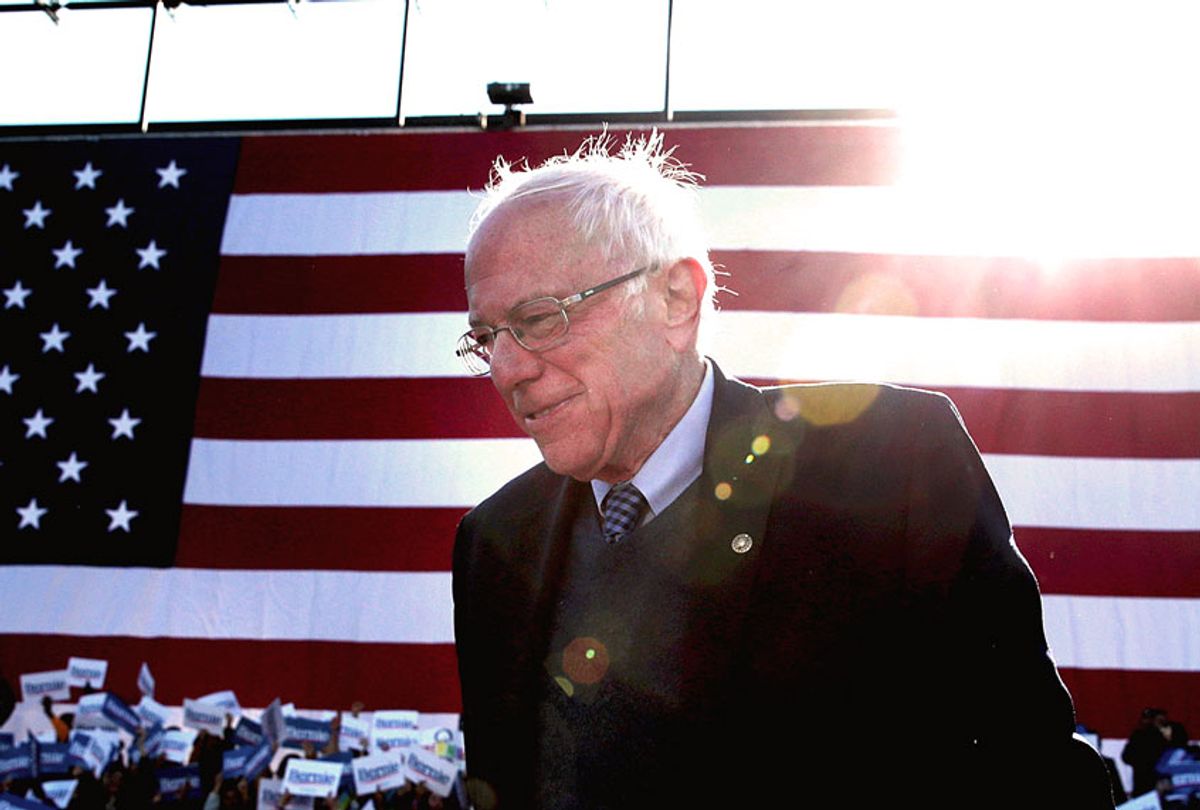 Sen. Bernie Sanders on Friday reiterated his call for the Biden administration to prohibit all union-busting corporations from receiving federal contracts, citing the National Labor Relations Board's fresh complaints against Starbucks and Amazon over their attempts to crush worker organizing.

"This is what oligarchy and corporate greed are all about," Sanders, the chair of the Senate Budget Committee, tweeted Friday. "Two large and profitable corporations, owned by billionaires, spend millions to illegally deny their workers the right to organize. No corporation that breaks the law should get a federal contract."

In a sweeping complaint filed Friday, the NLRB alleged that Starbucks committed hundreds of labor law violations in its campaign to stop Buffalo-area employees from forming a union.

The NLRB also said Friday that it found merit in charges that Amazon forced Staten Island warehouse workers to attend anti-union "captive audience" meetings ahead of an election that the union ultimately won, a landmark victory for the U.S. labor movement.

As the New York Times reported, such anti-union meetings "are legal under current labor board precedent."

"But last month, the board's general counsel, Jennifer Abruzzo, issued a memo saying that the precedent was at odds with the underlying federal statute, and she indicated that she would seek to challenge it," the Times noted.

The NLRB on Friday also found merit in union charges that Amazon threatened to deny benefits to employees who voted to unionize and suggested—falsely—that workers could be fired if they failed to pay union dues. The labor board is expected to formally issue a complaint in the coming days detailing the charges and seeking corrective action from Amazon, which spent $4.3 million on anti-union consultants last year alone.

Amazon and Starbucks are both beneficiaries of federal contracts. Last month, the National Security Agency quietly re-awarded Amazon Web Services a 10-year cloud contract worth up to $10 billion, a move that runs afoul of President Joe Biden's campaign promise to "ensure federal dollars do not flow to employers who engage in union-busting activities, participate in wage theft, or violate labor law."

As The American Prospect noted, "That contract comes on top of 26 other federal cloud computing contracts with the U.S. Army and Air Force; the Departments of Health and Human Services, Homeland Security, and Interior; the U.S. Census Bureau; and numerous other agencies."

In a letter to Biden last week, Sanders urged the president to sign an executive order barring corporations that violate
labor laws from contracting with the federal government.

During a Senate Budget Committee hearing on Thursday, Sanders observed that "there are hundreds of corporations in America that receive federal contracts, huge subsidies, special tax breaks, and all kinds of corporate welfare despite the fact that these same companies have engaged in widespread illegal behavior—including massive violations of labor laws."

According to the watchdog Good Jobs First, Amazon has received more than $3.5 billion in state and local taxpayer subsidies since 1996 despite its repeated violations of wage and hour rules, worker safety regulations, and other laws.

"Taxpayer dollars should not go to companies like Amazon who repeatedly break the law," Sanders said Thursday. "No government—not the federal government, not the state government, and not the city government—should be handing out corporate welfare to union busters and labor law violators."