Trolling Is taking a toll on science journalism 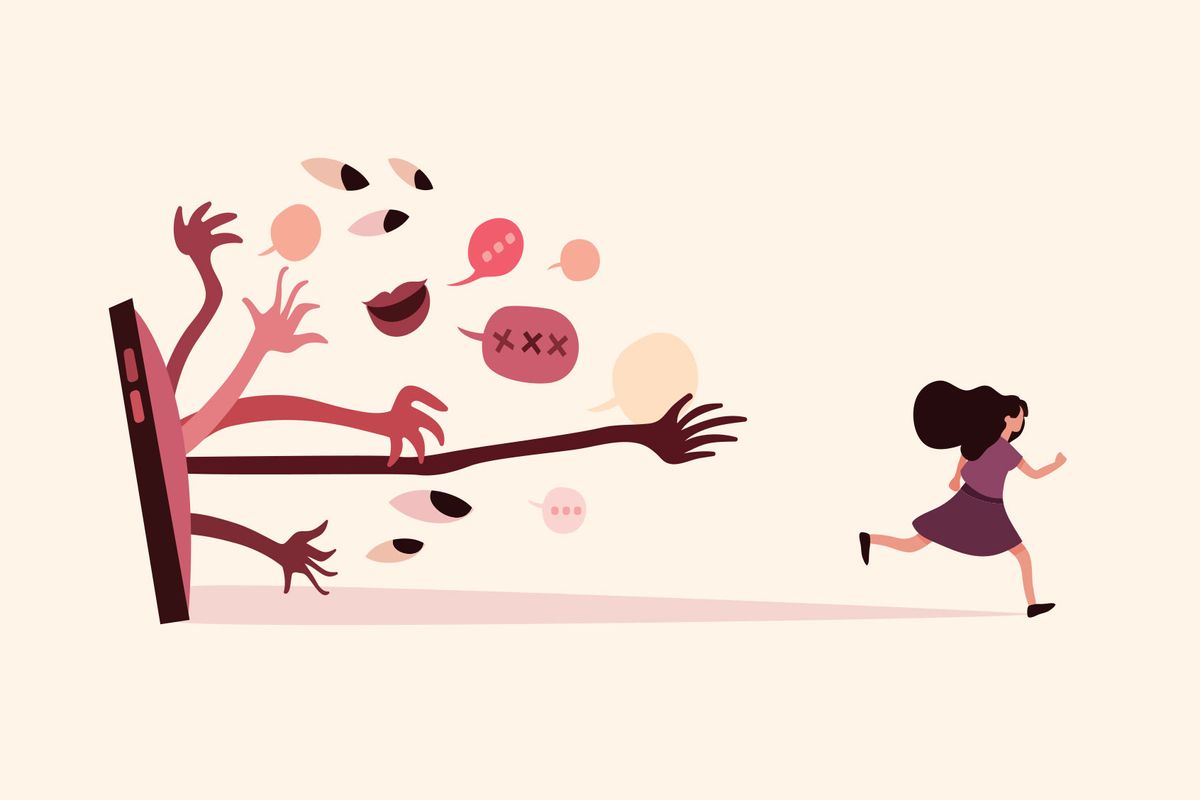 A person is running away from online harassment (Getty Images/woocat)
--

For the past several years, we've watched with rising concern as journalists in the United States and abroad have been increasingly subjected to online harassment. As journalism professors specializing in science reporting and violence against the press at George Washington University, we have researched, observed, and written about the rising trend in anti-press attacks through email, instant messages, social media, and other digital channels. Sadly, online attacks and threats have become the new normal in many newsrooms, with the result being that journalists are subject to a form of mob censorship.

Late last year, we began conducting a series of in-depth interviews — ten in total — to learn specifically how online harassment is affecting journalists who cover science. We spoke with science journalists and editors, asking them about the types of digital attacks they have received, as well as the content of those attacks, among other questions. Because these interviews were done as part of a research study, we've kept the names confidential in accordance with rules governing research with human subjects. In aggregate, the story they told was disheartening: Like journalists who cover politics and other polarizing beats, science journalists say they are being targeted with digital provocations and hate, and report their newsrooms are doing little, if anything, to protect them.

We spoke with reporters who said they repeatedly received harassing phone calls from readers. In some cases, scary, accusatory messages would arrive by the hundreds on Twitter, Instagram, and by email. Women appeared to bear the brunt of these attacks.

What's especially discouraging is that science journalists can be subjected to messages that show little, if any, regard for facts. Journalists we spoke to said they had been targeted by people who deny the existence of Covid-19 or climate change, or who otherwise uphold anti-science views or believe in conspiracies. One person we spoke with described being messaged in an accusatory tone, "like, I'm just pushing the, the liberal narrative. And that I'm part of the conspiracy about climate change."

These barrages of digital harassment have toxic consequences. The journalists we've talked to say it has made them feel unsafe. For some science journalists, it has contributed to a sense of burnout that may make them consider leaving the profession altogether — or moving to other beats. And for those who stay, it can alter the way they cover the beat.

"To be very honest, the harassment works to a degree," said one reporter, who added that she has become less inclined to cover topics that she feels are likely to draw the ire of online trolls. "To the degree where it silences me on Twitter and limits the number of stories I want to write on these topics -- it works."

Journalists are particularly exposed on social media, where they may not have the formal backing of their news organization, and could be subjected to pile-on harassment. Social media has become a key way that journalists cultivate their professional credentials and reputation, and that reputation can suffer an undeserved hit if someone hurls baseless accusations, tries to turn scientific consensus into false controversies, or disparages a journalist because of their gender, ethnicity, religion, race, or other aspect of social identity.

What is being done about this disturbing online harassment of science journalists? Not enough.

The reporters we interviewed say that most employers are woefully unprepared. News outlets might respond to harassment with knee-jerk reactions, like disabling comments on stories or taking down the emails of reporters from their website, but overall, their support remains limited, say the journalists we talked with. "I think a lot of journalistic outlets right now don't know how to handle this sort of level of harassment," said one person we interviewed.

Some newsrooms offer general digital safety training, but those may address topics — like how to avoid scams and how to protect personal identity — that aren't directly geared toward confronting online abuses and attacks.

As a result, reporters can be left to wrestle with the consequences of online harassment by themselves. While there are some resources to assist journalists with legal and security issues, they are not enough. This is especially true for freelancers, reporters who work remotely, and journalists who work for organizations with limited resources. Freelancers and journalists who work remotely, in particular, lack physical and institutional spaces like newsrooms where they can discuss and come up with ways to address instances of online harassment. Gig journalism, as it were, has deepened many reporters' sense of disconnection and aloneness.

Even when these journalists are lucky enough to get limited counsel and support, it can come down to them to make excruciatingly difficult choices about how to respond: Dial back social media presence? Avoid science stories that will be sucked into the vortex of ideological battles? Refrain from quoting scientific institutions and experts at the center of current cultural wars?

It would be misguided to treat these questions as a matter of individual choices made by science reporters. This is a collective problem that requires collective solutions, especially given the current climate of polarization around science issues. As heated debates over masking, vaccines, and lockdowns during the Covid-19 pandemic have demonstrated, science does not occupy a pristine space above politics; rather, it is often drawn into the mucky battlefields of cultural wars.

It is up to news organizations to own the problem of online harassment in science journalism. For starters, they need to recognize the scope of the problem and its consequences, listen to reporters' concerns, and document attacks. It will also be important for them to collaborate with social media platforms to discuss ways to protect journalists, and to develop and fund support networks that can assist journalists who are dealing with harassment.

This problem affects all of us. The public's right to know suffers when reporters avoid covering scientific topics out of fear. And science journalists bear a heavy burden when they are subjected to a barrage of insults and hate simply for doing their job.