"Clean up your mess": Cops called to home of Sen. Susan Collins over chalk protest

“Susie, please, Mainers want WHPA —–> vote yes, clean up your mess,” the message in chalk on the sidewalk read 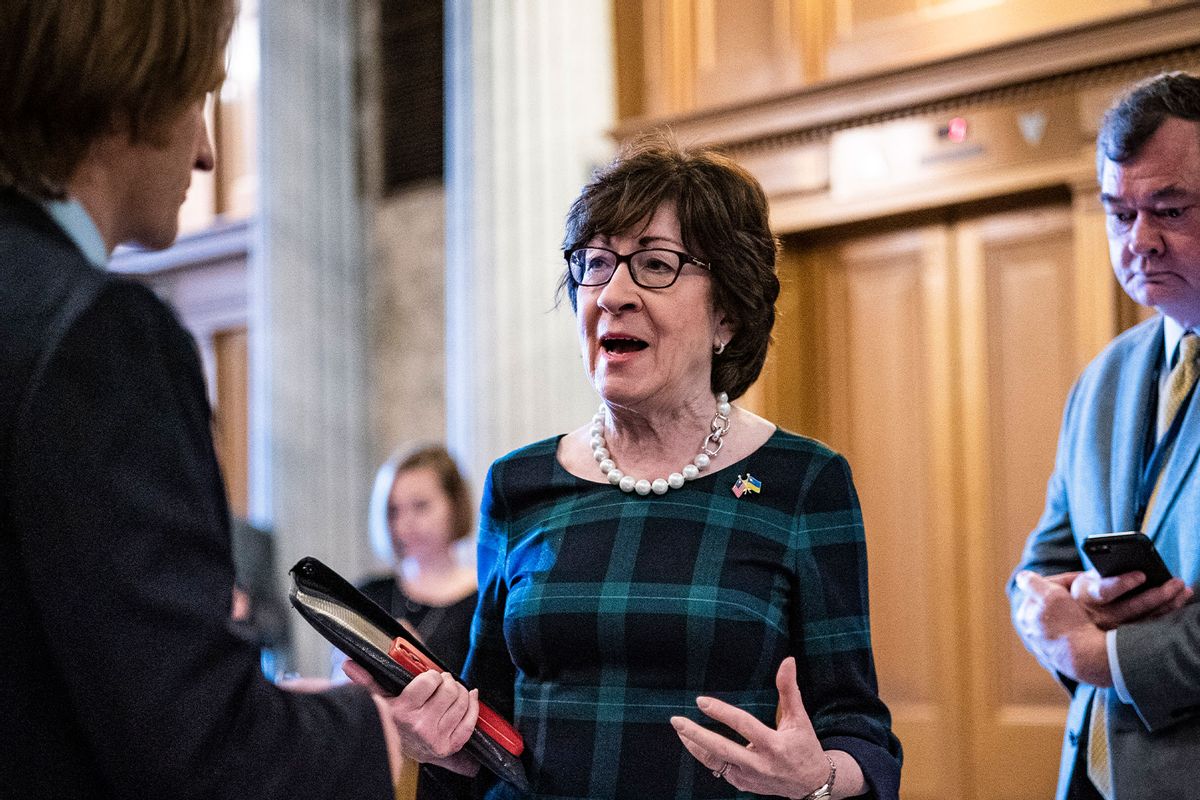 Police were called on Saturday to investigate a pro-choice abortion message written outside the home of Sen. Susan Collins, R-Maine, who commentators on the left say is partly responsible for the Supreme Court's impending recession of America's constitutional right to abortion.

Authorities arrived at Collins' home at 9:20 AM to investigate a message written on the sidewalk just outside the senator's house, according to The Bangor Daily News. "Susie, please, Mainers want WHPA —–> vote yes, clean up your mess," the message reportedly read.

Police said that the message was "not overtly threatening" and was erased by Monday.

"We are grateful to the Bangor police officers and the City public works employee who responded to the defacement of public property in front of our home," Collins said.

After the ruling, many left-leaning commentators specifically rebuked Collins for her past support of Supreme Court Justice Brett Kavanaugh, who Collins said promised to not overturn Roe during his confirmation process. Collins, who is now under fire over that claim, has since said that the report is "completely inconsistent" with what Kavanaugh said "in our meetings in my office."

This past weekend, in protest of the court's impending reversal of Roe, hundreds of pro-choice demonstrators gathered outside the homes of Supreme Court Justice Samuel Alito and Kavanaugh in protest of the report. Conservative pundits and politicians dubiously accused the gatherings of being violent and illegal, citing the 18 U.S.C. 1507, which states that anyone "with the intent of influencing any judge … in or near a building or residence occupied or used by such judge … shall be fined under this title or imprisoned not more than one year, or both."

On Monday, the Senate quickly passed a bipartisan bill to shore up security for the Supreme Court in light of the demonstrations. The bill, approved by unanimous consent, provides the court and its family members with an around-the-clock security detail.

Sen. Chris Coons, D-Del., who co-sponsored the measure, said in a statement that he was "glad to see this bipartisan bill unanimously pass the Senate in order to extend security protection to the families of Supreme Court members."