Rick Scott lashes out after Biden trashes his 11-point plan, calls for the president to resign

"Joe Biden can't do the job" 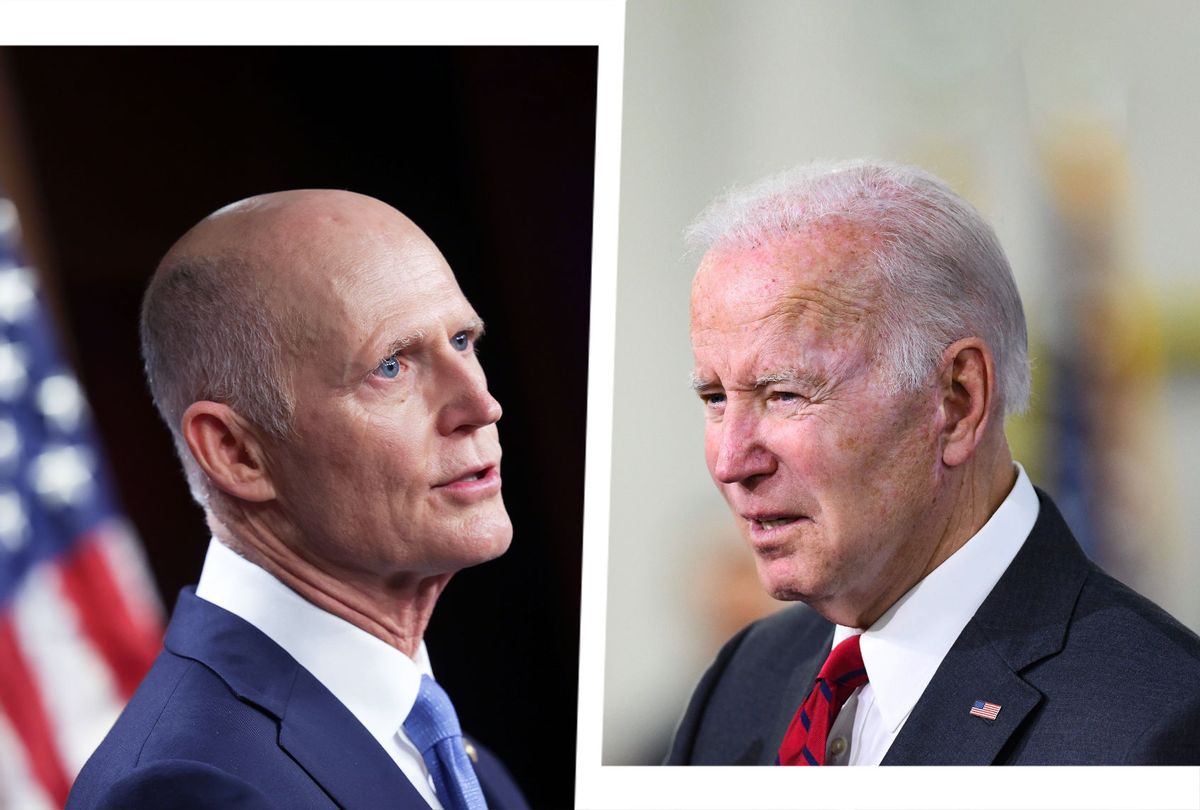 "He doesn't know where he is half the time. He's incapable of leading and he's incapable of carrying out his duties," Scott said in a statement. "Period. Everyone knows it. No one is willing to say it. But we have to, for the sake of the country. Joe Biden can't do the job."

Scott's comment is emblematic of a broader GOP pattern of casting doubt on Biden's mental faculties, a strategy that was consistently employed during the president's 2020 campaign. Scott's remark also appears to have been a pre-emptive offensive aimed at Biden's remarks on inflation, which came just hours after the senator released his statement.

On Tuesday, Biden addressed the country's unprecedented surge in food and gasoline prices, promising broad action "to fight inflation and lower costs for middle-class families." Biden also said during his speech that the GOP has proffered no real plan to combat inflation, suggesting that Republicans are satisfied with the status quo. But some Republicans, like Scott, the president added, are even angling to make Americans suffer even more than they already are.

During his speech, the president specifically tore into an 11-point plan proposed back in March by Scott, whose plan has called for both tax hikes on low-income Americans who do not currently pay any taxes as well as the discontinuation of federal programs like Medicare and Social Security, both of which are already severely underfunded.

"The Republican plan is to increase taxes on middle class families, let billionaires and large companies off the hook as they raise prices and reap profits in record amounts. And it's really that simple," Biden said. "My plan is to lower everyday costs for hardworking Americans and lower the deficit by asking large corporations and the wealthiest Americans to not engage in price gouging and to pay their fair share in taxes."

Scott's plan, which has already supplied Democrats with endless political fodder, is not entirely popular amongst Senate Republicans.

Senate Majority Leader Mitch McConnell, who has said that the sole GOP agenda should be to critique the Democrats, has come out strongly against the proposal, saying, "We will not have as part of our agenda, a bill that raises taxes on half the American people, sunsets social security and Medicare within 5 years. That will not be a part of the Republican Senate majority agenda."

Ron Bonjean, a former Senate GOP leadership aide, told NBC News that is "quite unusual to have the campaign chairman [Scott] frame an agenda that is not endorsed by the entirety of the leadership."

Bonjean added: "The question many Republicans are asking is, 'Why take a shovel away from Democrats who are digging their own grave right now?'"